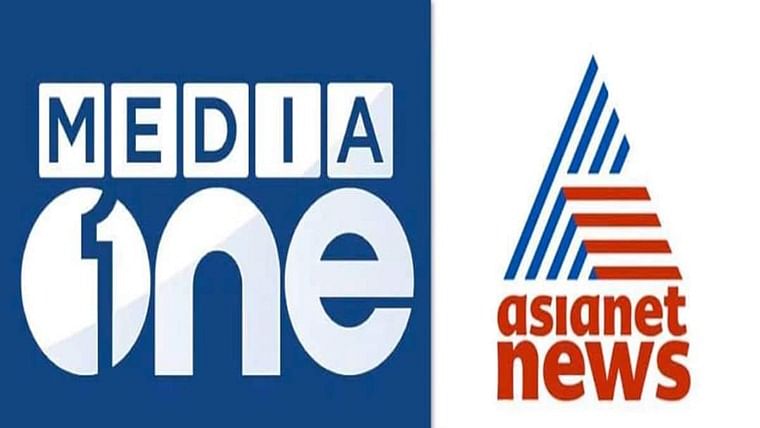 The Narendra Modi regime has blocked two Malayalam news channels MediaOne TV and Asianet News for 48 hours for raising critical questions over Police’s and RSS’s role in last week’s anti-Muslim pogrom in Delhi, that has so far claimed 53 lives, and has left thousands displaced. The ban began at 7.30 pm on Friday, and the transmission will be restored on 8 March.

The orders issued by the Information and Broadcasting (I&B) ministry states that Media One’s “reporting on Delhi violence seems to be biased as it is deliberately focusing on the vandalism of CAA supporters. It also questions RSS and alleges Delhi Police inaction. Channel seems to be critical towards Delhi Police and RSS.”

Rashtriya Swayamsevak Sangh (RSS) is a radical Hindu outfit, which operates paramilitary training camps across India. The group is often accused of stirring up religious hatred and carrying out acts of violence against Muslims, Christians, Sikhs and Dalits. RSS is the parent organisation of Modi’s Bharatiya Janata Party (BJP).

“Such telecast could incite violence and pose danger to maintenance of law and order situation, particularly when the situation is already highly volatile and charged up and riots are taking place in the area with reports of killings and bloodbath,” the order states, “and it could also stoke the feelings of anger, hatred and animosity among the communities and hurt their religious sentiments which could ultimately result in escalation of violence.”

A separate order issued by the ministry charges Asianet News with showing the carnage “in a manner which highlighted the attack on places of worship and siding towards a particular community”. This, the ministry claims, “could enhance communal disharmony across the country when the situation is highly volatile”.

Reporting by both the channels violated provisions of the Cable Television Networks Rules, 1994, the ministry concluded. And, by way of punishment, banned their “transmission or re-transmission” for 48 hours “on any platform throughout India with effect from 19.30 on March 6 to 19.30 on March 8, 2020”.

In its response, MediaOne issued a statement stating: “This is nothing but an order to stop free and fair journalism. MediaOne will fight legally against this unprecedented and undemocratic action imposed by the Information and Broadcasting Ministry.”

Asianet News, which is backed by BJP MP Rajeev Chandrashekar is yet to issue a statement.

The unprecedented ban has raised a storm of criticism against the Modi regime in Kerala, where BJP has never been able to capture a parliamentary seat.

“Such orders are not favourable in a democracy. Central government’s action is a fascist one,” Mint quoted CPM Kerala general secretary Kodiyeri Balakrishnan as saying.

“The government is demanding silence and total subordination. People can decide how to react against this. People will decide,” said Congress legislator V.T. Balram in a Facebook post.

Banning Two Malayalam News Channels because they dared to show the reality of Delhi Pogroms is peak Fascism.

The 48 hour telecast ban on Asianet and MediaOne by the ministry of I & B is a threat to the Fourth Pillar of Democracy.

Stay in Line or face Action.#Asianet#MediaOne

The fourth pillar is already compromised. They're just filtering out the one's that they couldn't control. Resist the ban on Mediaone Tv and Asianet#ResistMediaBan#MediaOne pic.twitter.com/cB2j1M59PK

Truth always troublesome for Modi Regime. Appreciate Media One and Asianet News for doing a tremendous job to uplift the true duty of journalism. Ban on these channels is a sign of state oppression on freedom of expression.#MediaOne #Asianet#ResistMediaban pic.twitter.com/JJzYaVuPYt

It's highly condemnable that two Malayalam Channels from Kerala; @MediaOneTVLive & @asianet have been banned from airing for the next 48hrs for honest and real reporting at the time of Delhi's Anti-Muslim pogrom.#ResistMediaBan #FreedomOfSpeech #MediaOne #Asianet

#Asianet and #MediaOne didn't incite communal hatred. They only tried to show truth about Delhi Pogrom. Ban on their broadcast is absolutely unjustifiable and probably unprecedented in recent times. https://t.co/s2OHsAGnco

The Government is curtailing and penalizing fair and authentic reporting and in unprecedented means has placed a clamp down on ASIANET and MEDIA ONE for their courageous and fair reporting during the recent anti Muslim carnage in Delhi! #ResistMediaBan #MediaOne #asianetnews pic.twitter.com/TU4iCuK6aU