Will Not Allow Implementation Of NRC In West Bengal: Mamata Banerjee
Advertisement https://pagead2.googlesyndication.com/pagead/js/adsbygoogle.js 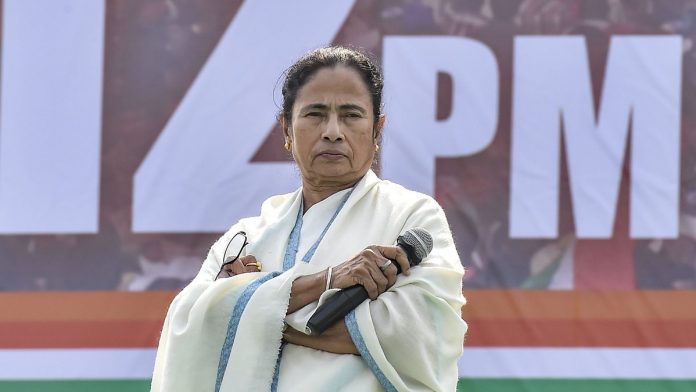 Terming the National Register of Citizens (NRC) as a ploy by the BJP-led central government to exact “vendetta” against those opposed to its political ideology, West Bengal CM and Trinamool supremo Mamata Banerjee said that her party and government will not allow its implementation in the state.

“We will never let the BJP implement NRC in West Bengal. It is an attempt by the centre to distract the people’s attention from the ongoing economic crisis in the country,” news agency PTI quoted her as saying in the state assembly, soon after it passed a resolution condemning the exercise.

Over 19 lakh people were left out of the final NRC list published late last month in neighbouring Assam. The National Register of Citizens was first prepared in Assam in 1951. Over the past decades, there were demands that the National Register of Citizens should be updated in Assam, in the wake of allegations of cross-border illegal migration into Assam, primarily from Bangladesh. To prove their citizenship, people in Assam have to show documentary evidence that they or their ancestors were born in Assam before March 25, 1971, which has been set as the cut-off date.

“Every pillar of democracy is being run by central advisories. The names of genuine Indians have been excluded from NRC list,” Ms Banerjee claimed in the assembly, quoting former Prime Minister Manmohan Singh to say that the government should “concentrate on the economy instead of exacting political vendetta”.

The Trinamool Congress chief said that although there are few in the country who can speak against the BJP, her views on the NRC have been echoed by those in the BJP-led National Democratic Alliance too. “I spoke to Nitish Kumar, and he said he won’t allow the NRC to be conducted in Bihar either,” she said.

Mamata has been a vocal critic of NRC and has repeatedly questioned the Narendra Modi government’s motive behind it. She has also been successful in bagging the support of the Left and the Congress on the issue.

According to a India Today report, “TMC leaders say that should such an exercise eventually take place in the state, non-cooperation can take various forms, such as refusing logistics and manpower support and coaxing people not to participate. After all, the central government cannot call in the army or deploy forces to hold an NRC survey.”

(With inputs from Agencies)