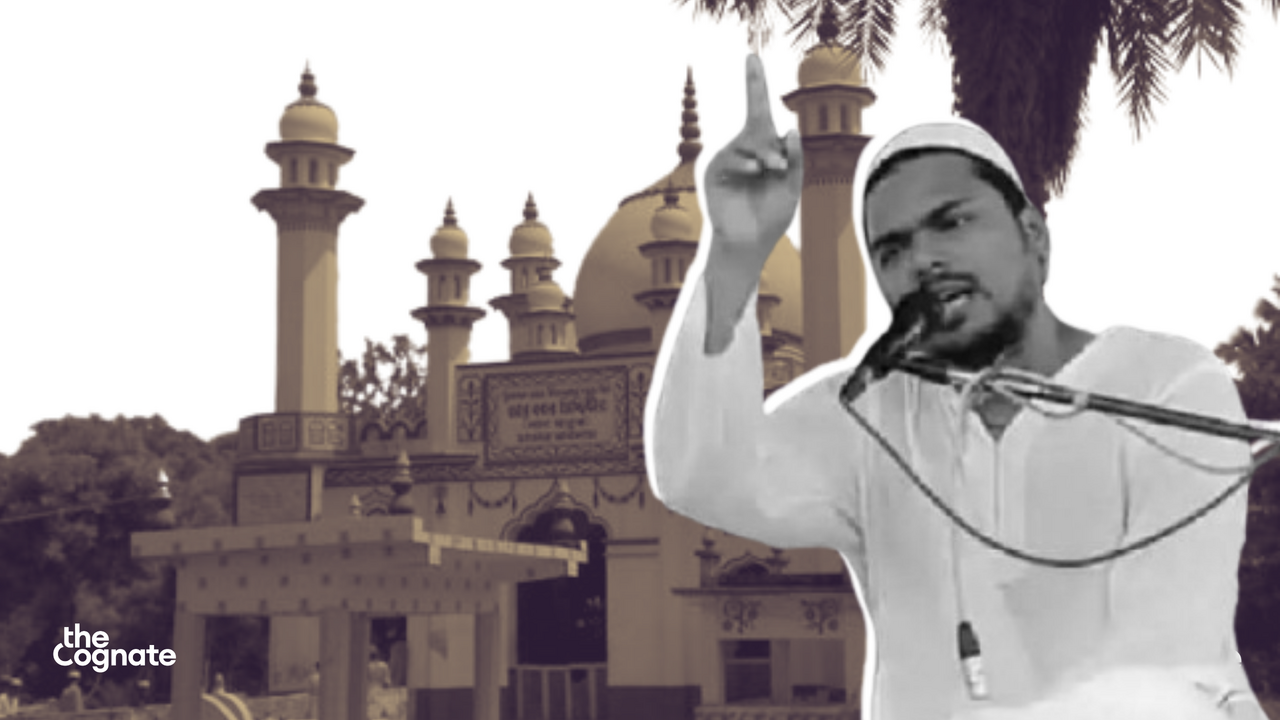 Ahead of the assembly elections in West Bengal, Abbas Siddiqui, head of the state’s most prominent shrine Furfura Sharif, launched his political party the Indian Secular Front (ISF) last week.

Furfura Sharif in Hooghly district is the state’s most prominent medieval shrine and holds influence over a large swathe of Muslims in south Bengal.

His brother Nausad Siddiqui will be the chairman of the party while Simul Soren was named its president.

“We have announced our party today. We will now sit for talks with other parties like AIMIM and then decide in how many seats we will field candidates. At present, we are considering all 294 seats,” said the 34-year-old pirzada.

Siddiqui’s Indian Secular Front includes at least 10 more tribal and Dalit groups from several districts of Bengal and has tied up with Hyderabad MP Asaduddin Owaisi’s AIMIM to contest at least 70 of the total 294 seats this year, according to The Print.

Earlier this month, Asaduddin Owaisi, President of All India Majlis-e-Ittehadul Muslimeen visited Furfura and announced his intention to back Siddiqui in the upcoming elections.

Most political intellectuals in Bengal politics are looking at this development as an escalation in the division of votes among Bengali speaking Muslims.

However, people look at it as a new political experiment in Bengal politics and ready to witness the potentiality of this initiative.

Abdul Mateen, Professor at Jadavpur University, Calcutta and a close political observer believes that the kind of political seasoning done in this experiment suits rural Bengal.

He said that if the influencers can shift their religious network to the electoral politics then this political experiment is likely to get successful. The argument of the splitting of Muslim/secular votes is a debatable subject but if all left-leaning outfit including Congress will come together, it can surely work and they can win seats. He labelled this argument as very ‘layman’.

He asserted, that “Muslims who are at the margins are really scared about the kind of politics done by Trinamool Congress and how big wigs of the ruling party are joining BJP. And earlier there was no choice other than going with Trinamool Congress, but Indian Secular Front can prove to be a refuge for Bengali Muslims.”

Quoting the example of the emergence of Kanshiram’s Bahujan Samaj Party (BSP) in Uttar Pradesh, he said, that whenever any stigmatised community starts its political establishment, many questions and stigmas come along.

He further said, “We as a community and keeping the dimensions of politics in mind look at this political development as part of a broader social change in society and in politics. Mainstream political parties should stop taking Muslims as a fixed vote bank and should unlearn to take them for granted”.

It is a collective responsibility of citizens as well as all other political parties to come together and discard the rule of fascist forces. But mainstream parties are either unable to gather the courage or simply they don’t want to back Muslims and are not interested in this political process.

‘What NIA Did Seemed Like War’: West Bengal Minister On Arrest Of ‘Innocent’ Al-Qaeda Suspects

West Bengal minister Siddiqullah Chowdhury has accused the National Investigation Agency (NIA) and the Narendra Modi government of defaming the Muslim community in the...