We May Support BJP-Led Government In Karnataka If Required: JD(S) Leader
Advertisement https://pagead2.googlesyndication.com/pagead/js/adsbygoogle.js 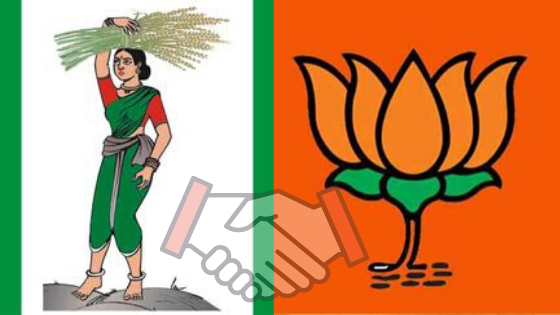 In 2006, JD(S) was responsible for bringing BJP to power for the first time in Karnataka, when it formed the coalition government under the leadership of HD Kumaraswamy. Going by the words of a senior JD(S) leader, history may well repeat again in 2019.

JD(S) leader Basavaraj Horatti on Tuesday has reaffirmed his party’s earlier stance that there are all chances that his party may support the BS Yediyurappa-led BJP government, if it falls short of numbers after the 5 December bypoll results.

Horatti said that both Kumaraswamy and Deve Gowda have said they will not let the government collapse. “On the basis of their statement I have said in case the BJP falls short of numbers there are all chances that JD(S) may support until his three and half year term ends, I still stand by it,” he said.

In an attempt to cosy up to the BJP, both the father-son duo of Deve Gowda and Kumaraswamy have said they want the government to complete its term as it would give them time to build their party.

The Supreme Court had last week upheld the decision of the former Karnataka speaker K R Ramesh Kumar to disqualify 17 rebel Congress-JD(S) MLAs under the anti-defection law but said that they can contest the upcoming by-elections in the state.

These 17 MLAs were disqualified by then-Speaker KR Ramesh for rebelling against then Karnataka CM HD Kumaraswamy and missing the trust vote. In their absence, the Congress-JD(S) government failed to prove the majority in the assembly and subsequently their disqualification brought the assembly numbers down, allowing the BS Yediyurappa-led BJP to comfortably stake a claim at power with just 105 seats and support from an independent.