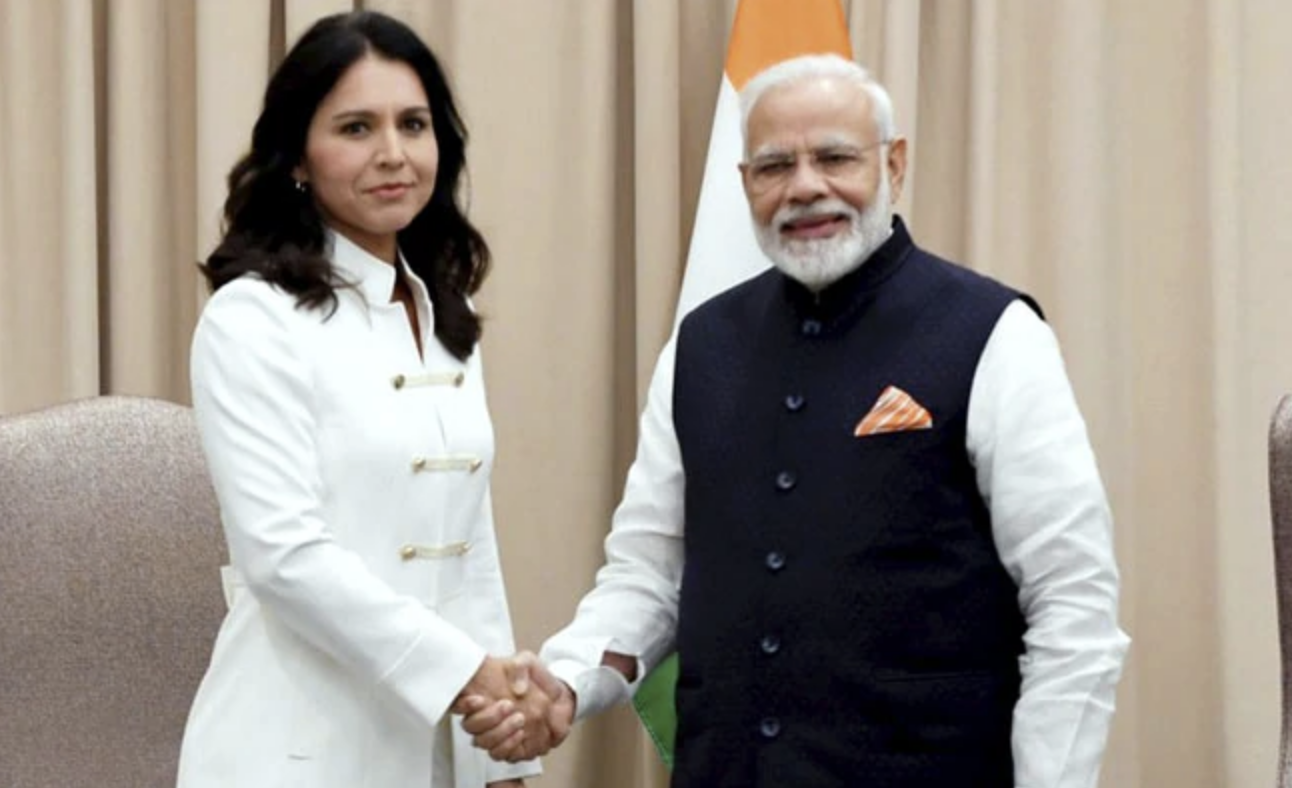 Indian-origin US Democratic party presidential candidate Tulsi Gabbard, has sparked a furore after she appeared to justify the 2002 massacre of Muslims in Gujarat, in which Prime Minister Narendra Modi is accused of complicity.

At a recent campaign event in New Hampshire in the USA, when an audience member told Gabbard during a question-answer that Modi was the Chief Minister of Gujarat and that many consider him to be complicit in the deadly ’02 Gujarat anti-Muslim pogrom, Gabbard coldly replied, “Do you know what instigated those riots?”

Reacting to Gabbard’s question Arvin Valmuci, a spokesperson for Organization for Minorities of India (OFMI), said Congresswoman Gabbard’s justification of the 2002 Gujarat Pogrom is the “most abominable form” of victim-blaming.

“With cold and emotionless calculation, she excuses the worst state-sponsored atrocity in modern Indian history by suggesting the thousands who died somehow deserved it. Gabbard’s response trumps the sociopathic attitude of Modi, who says the only sorrow he feels for victims is the same as if a puppy were run over by a car,” Valmuci said.

In 2013, when asked if he regretted the incidents of 2002, Modi responded, “(If) someone else is driving a car and we’re sitting behind, even then if a puppy comes under the wheel, will it be painful or not? Of course, it is…. If something bad happens anywhere, it is natural to be sad.”

In April 2002, Human Rights Watch said, “What happened in Gujarat was not a spontaneous uprising, it was a carefully orchestrated attack against Muslims. The attacks were planned in advance and organized with extensive participation of the police and state government officials.”

OFMI said the groups most directly held responsible for violence against Muslims in Gujarat include the Vishwa Hindu Parishad, the Bajrang Dal, the ruling Bharatiya Janata Party, and the umbrella organization Rashtriya Swayamsevak Sangh. Gabbard’s perceived justification of the pogrom sparked a harsh response across social media.

Pieter Friedrich, an analyst of South Asian affairs, who has written about Gabbard’s alleged connections to Hindu nationalist groups, asked, “Can you imagine someone saying that about Kristallnacht, the first Nazi pogrom against the Jews,” alluding to the 1938 assassination of a German diplomat by a Jewish teenager, which was used as a pretext for Kristallnacht.

“Tulsi Gabbard is blaming Muslims for instigating the 2002 Gujarat riots,” commented Dr. Alf Gunvald Nilsen, Professor of Sociology at University of Pretoria and author of Dispossession and Resistance in India.