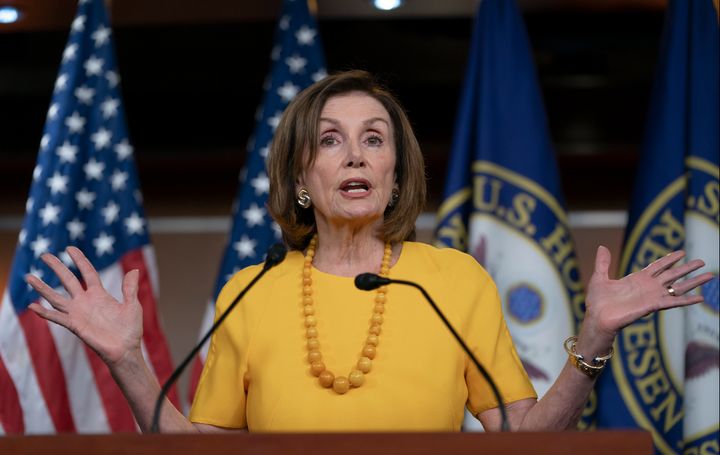 Speaker of the U.S. House of Representatives Nancy Pelosi has said the U.S. Congress was, and continues to be, concerned about the treatment of Muslims in India.

Pelosi’s comments came during a conversation with Chairman of the U.S.-India Strategic Partnership Forum (USISPF) John Chambers at a Forum event in Washington DC on July 11.

“We were proud to welcome him [Prime Minister Modi] …to a joint session of Congress [in 2016]. We had some concerns about the treatment of Muslims in India — I have to mention it — then and now,” Pelosi said at the conclusion of a talk.

The speaker’s conversation focussed on her agenda for the US and the relationship between the US and India. On US-India ties, Pelosi said: “There is an opportunity to lift the values of the whole world, create more markets and be more entrepreneurial through the India-US strategic partnership.”

The US Congresswoman is not the first one to raise concerns on the violent attacks on Muslims in India. A British Member of Parliament in UK’s opposition Labour Party has slammed the Indian government over the barbaric attacks and killings of Muslims and called on his country’s government to respond to the “extremely worrying situation”.

“I have been contacted by members of Muslim communities in my constituency in regard to the ongoing violent attacks on Muslims in India,” Ashworth wrote in his letter addressed to the senior Cabinet minister in the UK’s Foreign and Commonwealth Office (FCO).

“The situation in India is extremely worrying, there have been reports of religiously motivated killings, assaults, riots, discrimination, vandalism and actions restricting the right of individuals to practice their religious beliefs. My constituents are concerned that the Indian government is not doing enough to address the ongoing attacks on Muslim communities in India.”

Last week, a team of United Nations experts warned against the BJP-led Centre’s proposed plan to implement the National Register of Citizens (NRC) in Assam, saying that it would create instability and make millions of citizens stateless in India.

“We are seriously concerned over the current implementation of the NRC update in Assam and its potentially far-reaching consequences for millions of people, in particular, persons belonging to minorities who risk of statelessness, deportation or prolonged detention,” the experts had said in a statement released in Geneva.