The Cognate Tracks Down Morgenall CEO Irfan Pasha And His Wife, The Duo Run A Recruitment Company In Doha, Qatar
Advertisement https://pagead2.googlesyndication.com/pagead/js/adsbygoogle.js 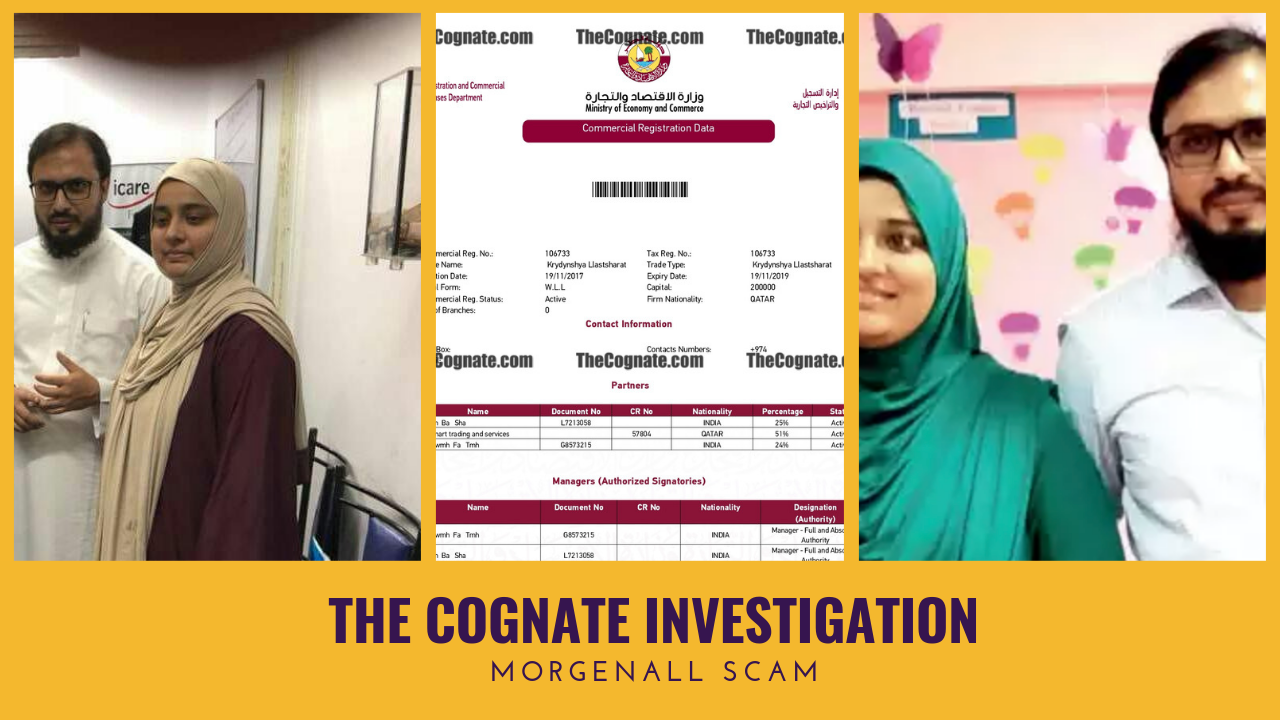 Eight months after the Bengaluru-based investment company, Morgenall’s CEO Irfan Pasha and his wife Fathima Maqdooma ran away from the country defrauding investors to the tune of hundreds of crores, The Cognate has tracked down the fugitive duo to Doha, Qatar, where they live a life of luxury and run a job recruitment agency.

Morgenall, an investment company, which had collected large sums of deposits from the public in Bengaluru, shut down its office in September last year, leaving thousands of investors in the lurch. 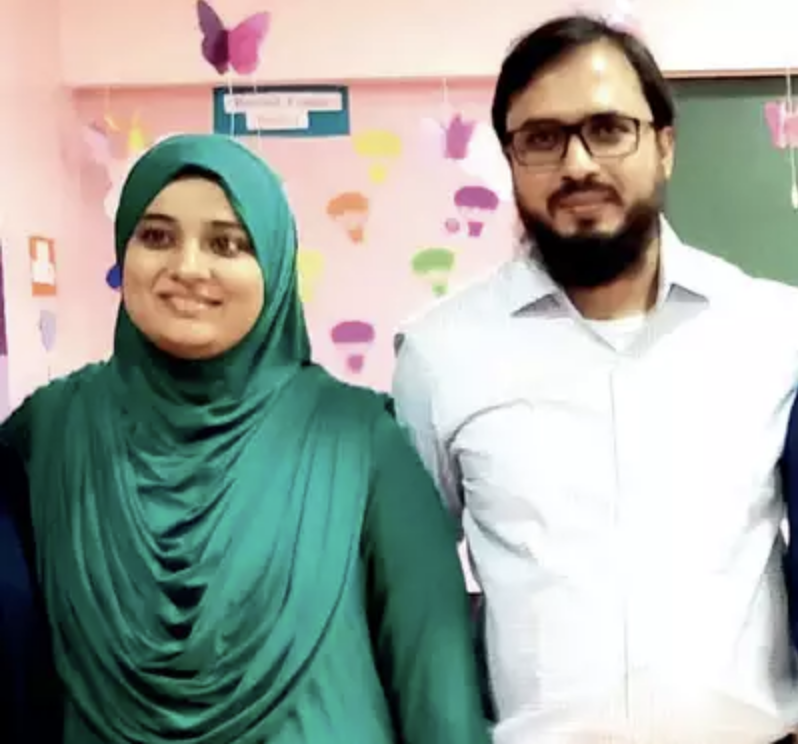 The company ran a motley group of companies, including a co-operative banking society and amassed vast sums of money by specifically targeting the city’s Muslim community in the name of ‘Halal’ investment. The company’s CEO Irfan Pasha and his wife Fathima Maqdooma, who is also the director of the firm have been absconding since then, and the police investigation in the case has seen no progress.

The Cognate tracks down Irfan Pasha and Fathima Maqdooma

The Cognate investigation has revealed that the husband and wife duo of Irfan Pasha and Fathima Maqdooma are currently based in Doha, Qatar where they run a job recruitment company called Credentia HR.

Ten days ago, The Cognate received a message from one of the employees of Credentia HR, informing us that both Irfan and Fathima are in Qatar. The employee told us that the duo runs a company there and are recruiting people on visit visas, without paying them salaries. Since it’s illegal to work in Qatar on a visit visa, the employees are unable to lodge a complaint against the company.

At our request, the employee sent us a copy of the offer letter from Credentia HR, which had Irfan Pasha’s signature and the company’s commercial registration number or C.R. No. on it.

While we were able to match Irfan’s signature with the signature on his passport copy, but we wanted more information to ascertain Irfan’s ownership of the firm. However, the employee was unable to provide any more details.

A search on Credentia HR’s website revealed little information. The site does not have any information about the founders, for obvious reasons, but it also does not has the address of the firm. It has a PO Box address, which does not reveal much and a phone number, which we were unable to reach, despite many attempts. However, a search on Google revealed us the actual address of the company.

And with the help of the C.R. No., The Cognate’s source in Doha was able to get the copy of the commercial registration data certificate of Credentia HR, which revealed us the ownership details of the firm. 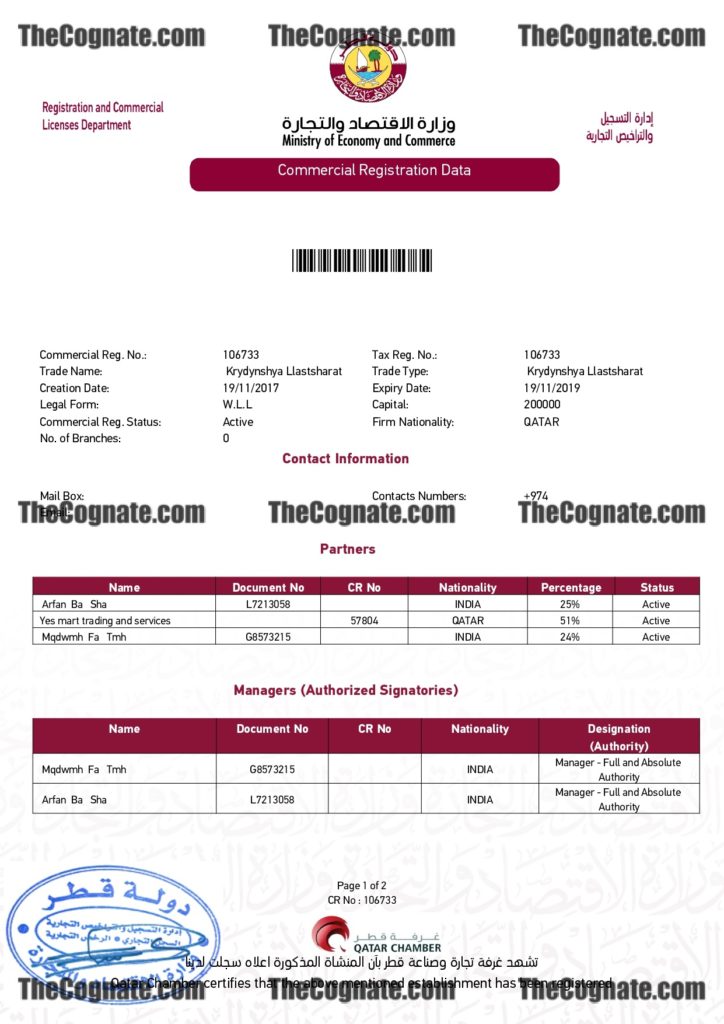 The commercial registration data certificate has revealed that the company was registered on November 11, 2017, in Doha, with a capital of 200,000 Qatari Riyal, which is approx. Rs. 38 lakhs. However, although the company was officially registered in 2017, according to Whois records, the company’s website domain, credentiahr.com was only purchased on October 6, 2018. That is two weeks after the duo fled the country. This indicates that the duo had intentions to flee the country, much before they wound up operations at Morgenall and had planned out everything in advance. 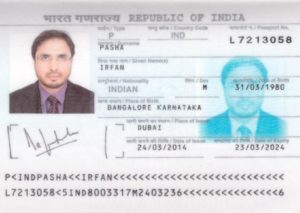 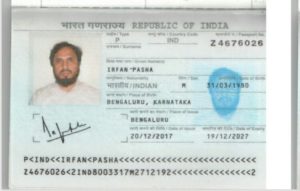 We tried to match these passport numbers with the copy of Irfan Pasha’s passport number, which was circulated widely by Morgenall’s investors on social media, soon after he fled, but to our surprise, it did not match up.

We found the same pattern with Fathima Maqdooma’s passport number as well. The passport number she has used to register the company: L7213058 is different than the one, she used to fly out of India: R7123405. Interestingly, both Irfan’s and Fathima’s passports were issued in Bengaluru in December 2017. 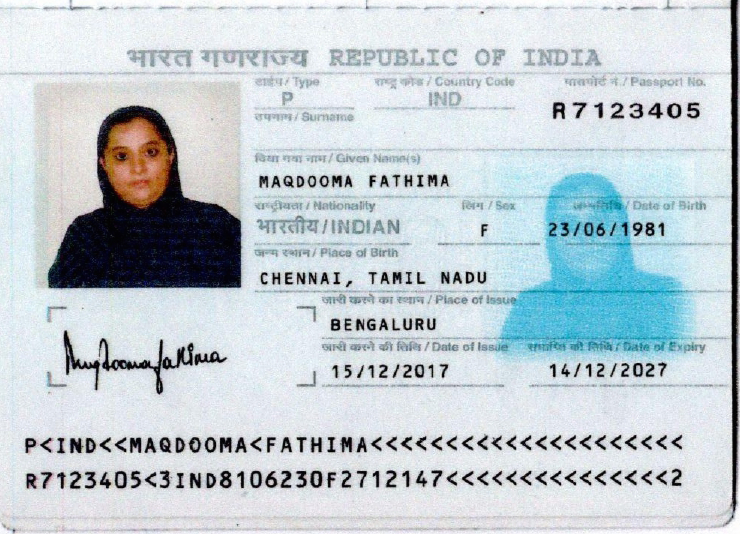 This helped us to conclude without a shadow of a doubt that Irfan Pasha and Fathima Maqdooma are indeed the owners of Credentia HR.

Where does the investigation go from here?

Since the break out of the Morgenall scam, the investigation has seen no progress.

“We had doubts that Irfan and his wife are in Qatar, but your investigation has confirmed this with evidence. For the past eight months, we have been going from pillar to post to get back our hard earned money. In November last year, we even met the then External Affairs Minister Sushma Swaraj in Delhi and sought the centre’s help in finding these fraudsters, but nothing came out of it. Now that their location has been confirmed, the government and the investigating agencies have no choice, but to get these people to India, and get us justice. These people are living openly and with absolute impunity, while we are suffering every day” said Syed Saif, an investor turned activist.

Advocate Faizan Assad, who spoke to The Cognate said the investigating agencies should now take this evidence to the Ministry of External Affairs and request the Qatari government for the extradition of Irfan Pasha and Fathima Maqdooma.

The extent of the Morgenall scam, the people involved, and the nexus they had, can be wholly ascertained, only after the duo will be arrested.