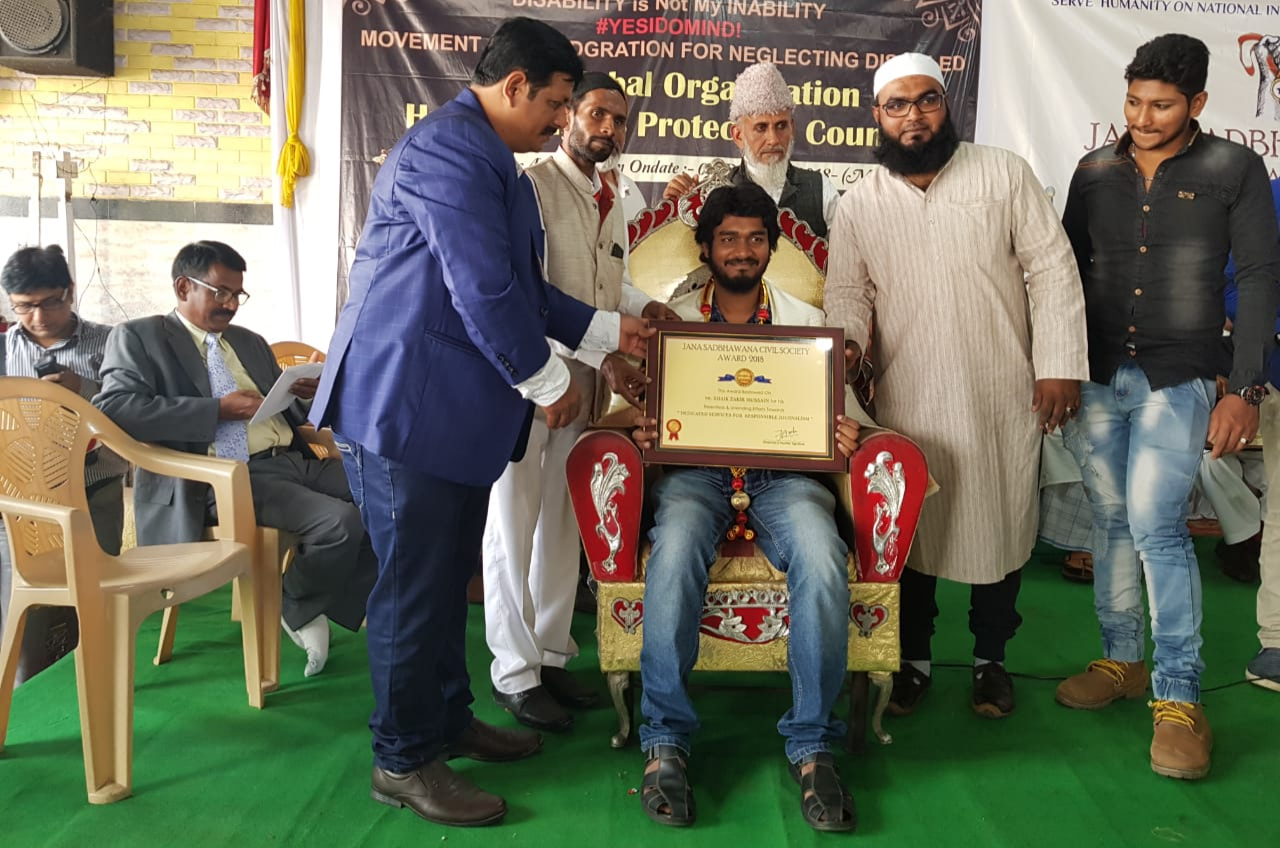 Bengaluru: The Cognate’s founder and editor, Shaik Zakeer Hussain, has been awarded the Janasadbhawana Civil Society Awards, 2018 in the category of journalism for his coverage on fraudulent ‘Halal’ investment companies in Bengaluru.

The awards have been instituted by Bengaluru-based NGO Janasadbhawana, which has been working for the reformation and rehabilitation of undertrial prisoners in the city’s Central Jail in Parappana Agrahara. The awards are designed to promote and recognise notable work in the field of journalism, social activism, and administration. The award was presented to Zakeer by Faiz Akram Pasha, the founder trustee of Janasadbhawana on December 3.

“Zakeer has been recognised for his relentless coverage of fraudulent companies in Bengaluru, who have systematically targeted and looted the Muslim community in the name of religion,” said Faiz Akram Pasha, while presenting the award.

The other recipients of the Janasadbhawana Civil Society Awards, 2018 in the field of journalism were, Vikhar Ahmed Sayeed of the Frontline Magazine, Muneer Ahmed Jami of The Siasat Daily, Shahid Qazi of Zee Salaam, Mohammed Asharaf Ali Rashadi of the Daily Salar, Neyamathulla Hameedi of Rashtriya Sahara, and Ansar Azeez Nadwi of Seedhi Baat.