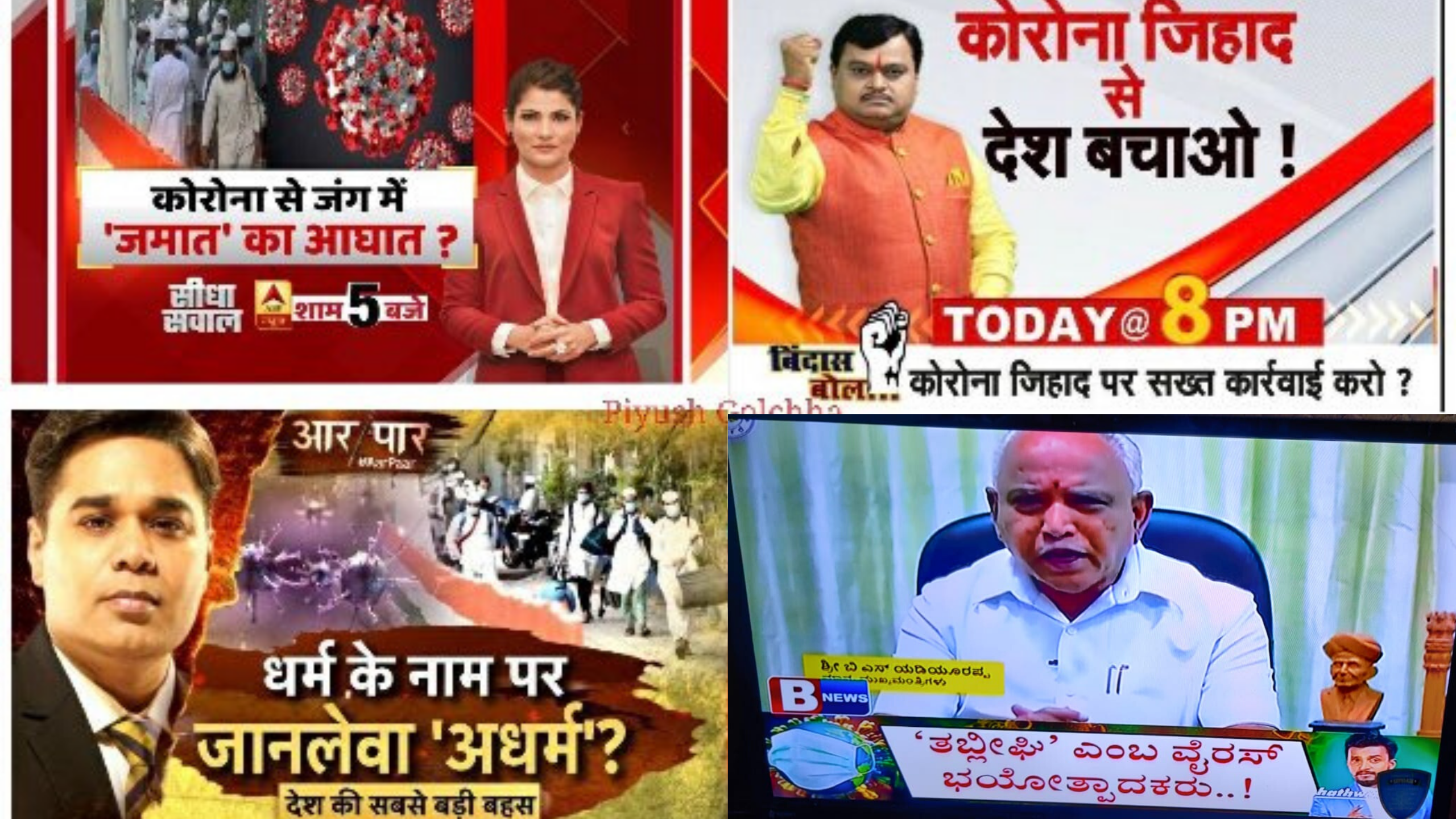 The Supreme Court has expressed its disappointment with the Centre’s affidavit on action taken against the circulation of fake news and directed the government to create a mechanism for addressing grievances against such news circulated by television channels.

The apex court made the observation after an affidavit was submitted before it by the secretary in the Ministry of Information and Broadcasting Amit Khare in the matter of Jamiat Ulama-i-Hind and others versus Union of India and another.

The court also asked the Centre to submit a response within three weeks about the mechanism it possessed under the Cable TV Network Regulation Act to stop fake news and what action it has taken.

The petition in the case had urged the Supreme Court to take strict action against the sections of the media spreading communal hatred in relation to the Nizamuddin Markaz organised by Tablighi Jamaat in Delhi in March this year. It also sought action against media that was communalising the issue and urged strict compliance with the earlier directions of the apex court issued on March 31 this year.

Solicitor General Tushar Mehta submitted that the Central government has enough powers to regulate the content of TV channels but is mindful that the right to free speech as a fundamental right is available to the media, the court asked him to create a mechanism for addressing grievances related to fake news if none existed at present.

The Ministry of Information and Broadcasting submitted through the affidavit that the Central government has issued several directions to prevent dissemination of fake news leading to abrogation of communal harmony and that advisories were also sent out by the MIB to the channels from time to time to adhere to the programme code.

The Ministry’s affidavit largely relied on the coverage of several news portals and newspapers who had highlighted how the Jamaat was unfairly targeted to state that “news reports and other articles in this context have reflected multiple viewpoints of the stakeholders related to the events, and predominantly stuck to a balanced and neutral perspective.”