‘Star Of Mysore’, The Daily Newspaper Which Called For Getting ‘Rid' Of Muslims Temporarily Shuts Down
Advertisement https://pagead2.googlesyndication.com/pagead/js/adsbygoogle.js 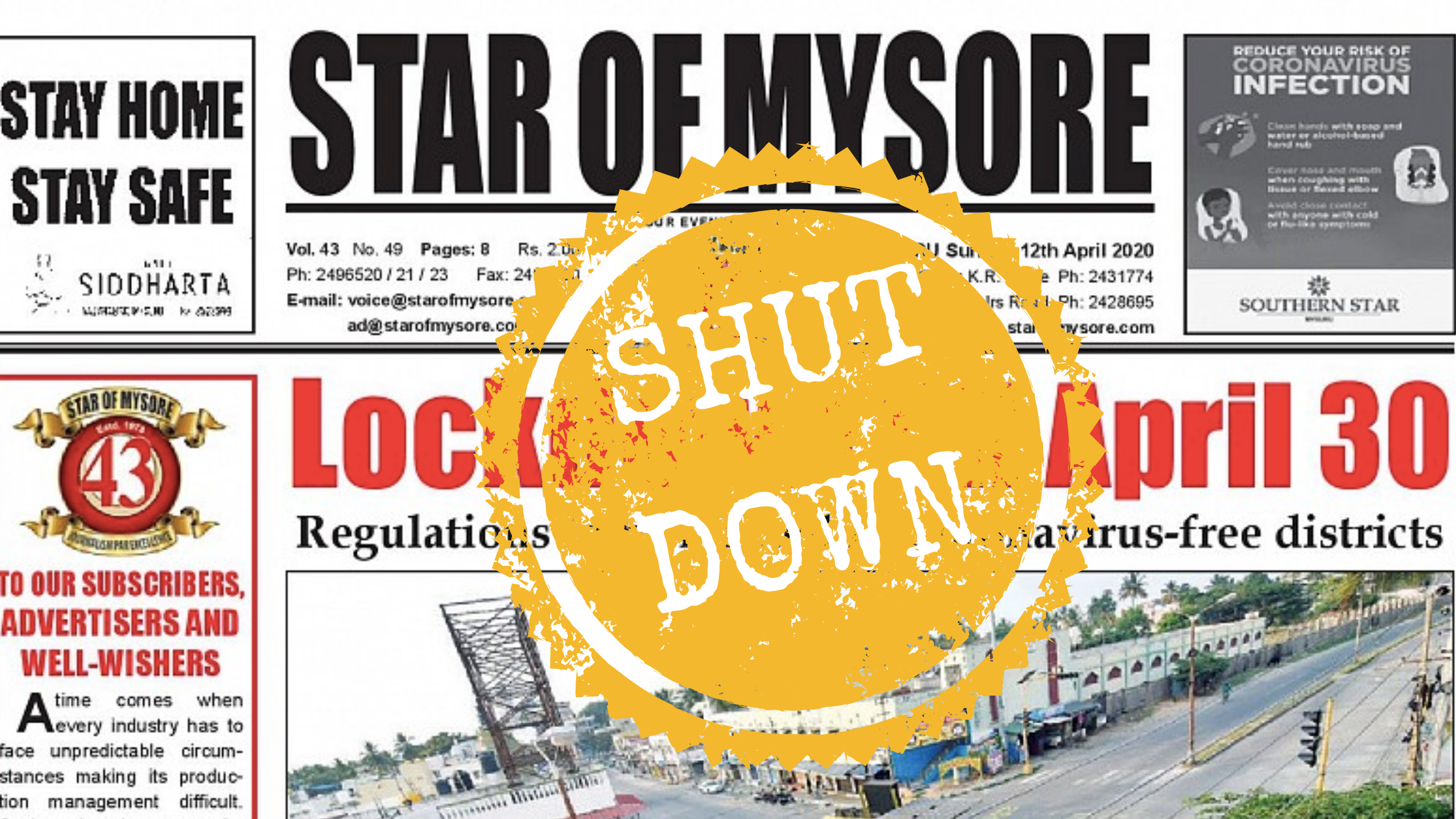 ‘Star Of Mysore’, a daily evening newspaper which had referred to Muslims as “bad” and “rotten apples” in its editorial dated April 6th and had called for getting “rid” of the community, has temporarily shut down publication, the management announced on Sunday.

“A time comes when every industry has to face unpredictable circumstances making its production management difficult. Such a time has come for Star of Mysore now because of the Coronavirus pandemic lockdown,” the editorial said.

Writing that the COVID-19 lockdown has “led to insurmountable challenges from newsprint suppliers, vendors, paper distributors and even staff attendance, the paper announced that it has decided to temporarily stop the print edition from Monday, 13th April 2020 “until the present situation favourably unfolds”. Its online edition, however, will still continue publishing.

‘Star of Mysore’, which started off as a 4-page tabloid, published between 16 and 24 pages most days. But the closure of shops and establishments due to the #Coronavirus lockdown saw advertising plummet to near-zero. On top of that came an incendiary editorial. #StarOfMysore pic.twitter.com/9PlP7nJjud

The 43-year-old newspaper enraged readers and the wider Muslim community when it disparagingly referred to Muslims as “bad” and “rotten apples” in its editorial dated April 6th. The article titled, “Bad apples in the basket“, openly called for getting “rid” of the community.

The Nazi-style genocide instigating article, in a veiled reference to Muslims, called the community as “an annoying 18 percent of its population self-identifying as rotten apples.”

The newspaper then went on to say that the “ideal solution” to the “problem created by bad apples is to get rid of them, as the former leader of Singapore did a few decades ago or as the leadership in Israel is currently doing.”

The newspaper was slammed for its incendiary article, with many calling for the arrest of its editors and management.

After facing a severe backlash, a day later, it carried an overbearing and apathetic note, which it called it an “apology”:

“To our readers an apology: Following the publication of the editorial titled “Bad apples in the basket” in Star of Mysore dated April 6, 2020, on page-2, we learn it has hurt the feelings of some of our readers. It was mainly focussed on the spread of the deadly COVID-19. If it has hurt the sentiments and feelings of our esteemed readers, by our lapse in judgement, SOM sincerely regrets and apologises for the same. – Ed”

The newspaper’s editors and its management are yet to face any legal action for overtly calling for a genocide of a community, a privileged its targets do not enjoy.

In this article:Featured, Indian Muslims, Media, Muslims, Star Of Mysore