Singer Vishal Dadlani On CJI Ranjan Gogoi's Retirement: "I Hope You Can Stomach The Disgraceful & Cowardly Legacy You Have Left"
Advertisement https://pagead2.googlesyndication.com/pagead/js/adsbygoogle.js 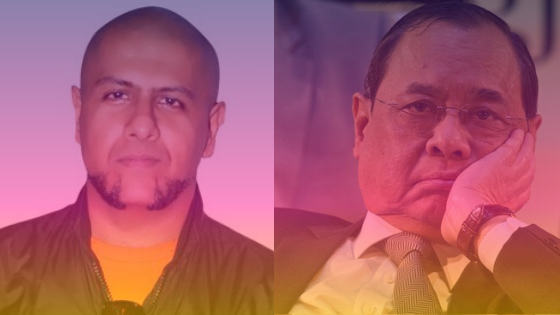 Music Composer Vishal Dadlani, who is known for voicing his opinions, hit out at recently retired Chief Justice of India Ranjan Gogoi, terming his legacy as ‘disgraceful’ and ‘cowardly’.

Sharing a scathing article by Gautam Bhatia, Dadlani wrote on Twitter, “Goodbye, ex-CJI Gogoi, and I hope you can stomach the disgraceful and cowardly legacy you have left this august Office. This article by @gautambhatia88 sums it up.”

Goodbye, ex-CJI Gogoi, and I hope you can stomach the disgraceful and cowardly legacy you have left this august Office.

Gogoi, who retired on Sunday, November 17 since his appointment as the CJI on October 3, 2018, leaves a controversial legacy behind, from allegations of sexual misconduct to delivering the controversial verdict on the Babri Masjid demolition case.

Gogoi, who famously held a press conference against his predecessor Justice Dipak Misra, accusing him of putting democracy in peril, courted more controversies than him.

An ex-SC staffer levelled allegations of sexual harassment against Gogoi. But instead of constituting a sexual harassment committee, he constituted a special bench of the Court comprising three judges which he himself presided over ignoring the fundamental jurisprudential principle, that no one can be a judge in his own cause.

The panel eventually exonerating the chief justice of any misconduct, rubbishing the allegations as some larger conspiracy to destabilise the office of the Chief Justice of India.

In the aftermath of the abrogation of Article 370 and a brutal and repressive lockdown in Kashmir, a number of habeas corpus petitions concerning the personal liberty of citizens were filed. Gogoi was accused of willfully ignoring the petitions.

The Supreme Court has ordered a stay on any further demolition of the Dargah Mubarak Khan Shaheed in Uttar Pradesh’s Gorakhpur till the pending...

Even After 3 Years, SC Takes No Steps To Implement Compensation To Victims Of False Cases; Petition Filed

A plea has been filed in the Supreme Court seeking direction to the Centre to frame guidelines to compensate victims, subjected to wrongful prosecutions,...