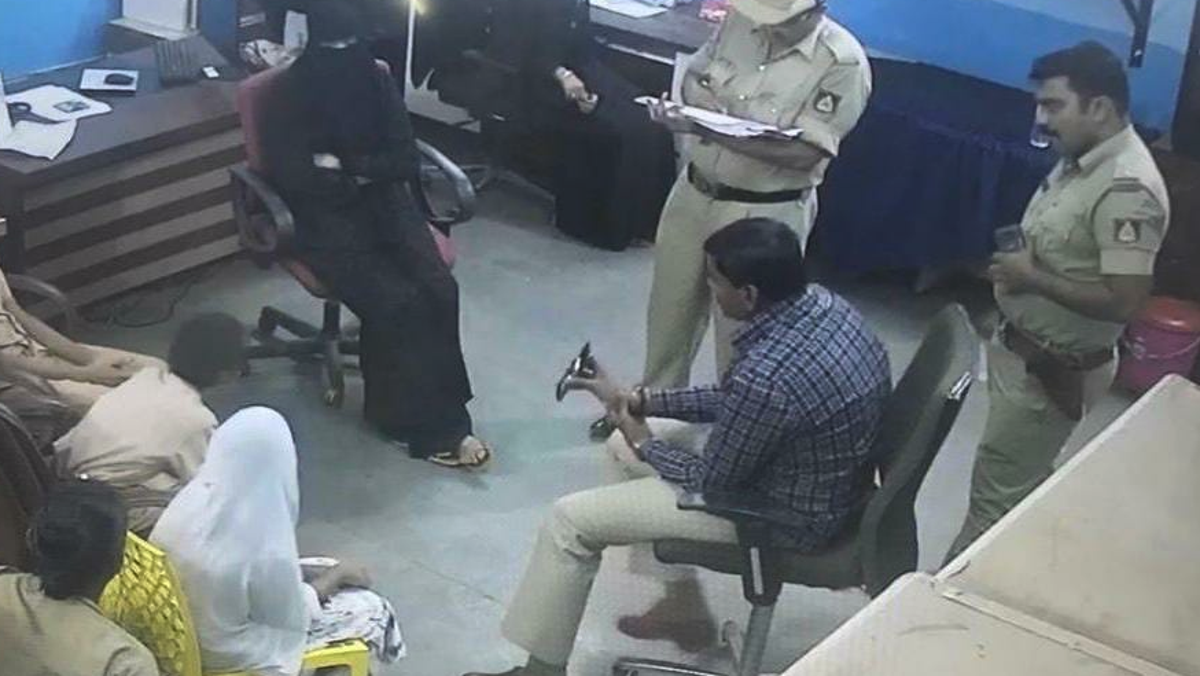 A file photo shows the police interrogating children along with school authorities in Bidar, Karnataka.

A Public Interest Litigation (PIL) has been filed in the Karnataka High Court seeking action against the Bidar police for ‘illegally examining and questioning’ minor school students who participated in a play against the contentious Citizenship Amendment Act (CAA).

The petition, filed by Advocate Nayana Jyothi Jhawar and the South India Cell for Human Rights Education and Monitoring (SICHREM), says the state police blatantly violated rule of law and various provisions under the Code of Criminal Procedure and the Juvenile Justice Act. “The police have interrogated the students aged merely 9 years to 12 years of Shaheen School in Bidar, creating mental trauma and fear in the children’s state of mind,” the petition reads, according to Bar & Bench.

The Karnataka Police has come under heavy criticism for aggressive action after a teacher and a widowed mother of a student was arrested on charges of sedition for staging an anti-CAA play in the state’s Shaheen School in Bidar. The Police had filed an FIR against the management of the school after Neelesh Rakshyal, member of the far-right Akhil Bharatiya Vidyarthi Parishad (ABVP), had filed a complaint on January 26.

Students as young as nine years old were repeatedly interrogated by the Bidar police for participating in an anti-CAA play in their school. The interrogation of minor children only stopped after the Karnataka State Commission for Protection of Child Rights slammed the Bidar district police for violating rules and for creating “atmosphere of fear” at the school.

The petition also faults the police for questioning “about 85 students studying in classes 4-6, thus creating a very hostile environment for students, affecting their education and mental state of mind”. “The police questioned the students in uniform and selected students according to their whims and fancies,” the petitioners contend.

“… the respondent Police questioned the students of Shaheen Education Society and the Administration, Bidar, violating procedure established by law including the provisions of Juvenile Justice Act, 2015 and Rules 2016 as well as Criminal Procedure Code 1973 and most significantly Article 21 of the Indian Constitution, without any presence of parents or teachers of the students questioning them while being video recorded, without their consent.”

The petitioners sought that the court direct the Karnataka Police to examine minors “in accordance with the provisions of law and further that it initiate action against the delinquent police personnel”. The plea also calls for the payment of compensation to the parents or legal guardians to those students who have been illegally examined in the matter, Bar & Bench reported.

The petitioners asked the court to direct the state police to take all necessary, including a departmental inquiry and consequent actions, for the “illegal manner of examining and questioning of the minor students”.

Meanwhile, a district court has denied bail to the mother of the 11-year-old student and the head-teacher who were arrested in the case. The arrested women will remain in prison till February 14.

Senior advocate B.T. Venkatesh, who is the counsel for the arrested women has said that this was a politically motivated case and that the slogans in the play did not create any unrest and promote any disaffection towards the government or any community.