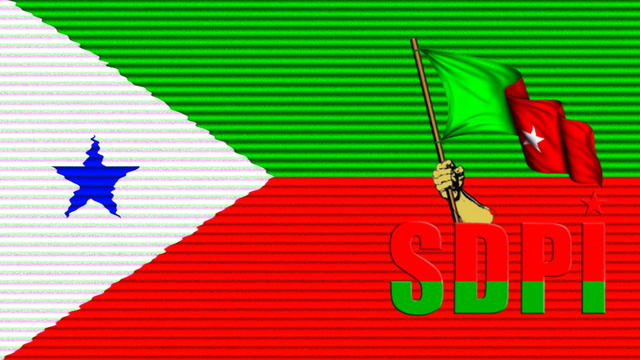 The Social Democratic Party of India (SDPI) and Popular Front of India (PFI) have trashed media reports claiming NIA raid on their offices in Bengaluru, terming it as “entirely fake and fabricated”.

On Wednesday many media outlets reported that the National Investigation Agency’s (NIA) conducted searches across 43 locations in Bengaluru including four offices of SDPI and PFI in connection with the August 11 Bengaluru blasphemy violence case.

Responding to the claims made by the media, PFI Karnataka General Secretary, Nasir Pasha termed the reports as “entirely fake & fabricated”. “A few selected media claims of NIA raid on PFI office in connection with DJ Halli & KJ Halli riots are entirely fake & fabricated. We hereby intimate that there was no such raids by any agencies to PFI office & such news agencies prejudice claims are intended to mislead public,” Pasha tweeted.

A few selected media claims of NIA raid on PFI office in connection with DJ Halli & KJ Halli riots are entirely fake & fabricated. We hereby intimate that there was no such raids by any agencies to PFI office & such news agencies prejudice claims are intended to mislead public.

Trashing the media reports on the alleged raid, SDPI’s secretary-general Afsar Kodlipet said that the arrest of Congress leader and former Mayor R. Sampath Raj in the case shows the political conspiracy behind the violence. “Due to Sampath Raj’s political ambitions, hundreds of innocent people are now behind bars. However, despite all these facts, SDPI and a particular community are being targeted. The investigation happened at our party’s ward office, but it has been falsely reported that there were raids on our offices and there were deadly weapons found, he said in a press statement.

Massive protests and violence erupted on 11 August, after angry mobs incensed over the Facebook post insulting the Prophet Muhammad (Peace be upon him) unleashed violence and mayhem, resulting in the killing of four young men in police firing and the arrests of hundreds of others. The derogatory post was posted on Facebook by Congress MLA Akhanda Srinivasa Murthy’s nephew.

Earlier, a fact-finding report released by civil society groups denied allegations that the mob was communal or political in nature. The team claimed a “lack of substantial evidence to suggest that it was premeditated and pre-planned.” It, however, said that there have been attempts to use the violence for political gains by the BJP and its affiliates.

However, the fact-finding report by the government-appointed ‘Citizens for Democracy’, with alleged links to RSS, claimed that the violence was “pre-planned and organised” and that it was “communally motivated”.