SC Grants Bail To 14 Who Were Convicted For Their Role In Killing 23 Muslims In Gujarat Riots
Advertisement https://pagead2.googlesyndication.com/pagead/js/adsbygoogle.js 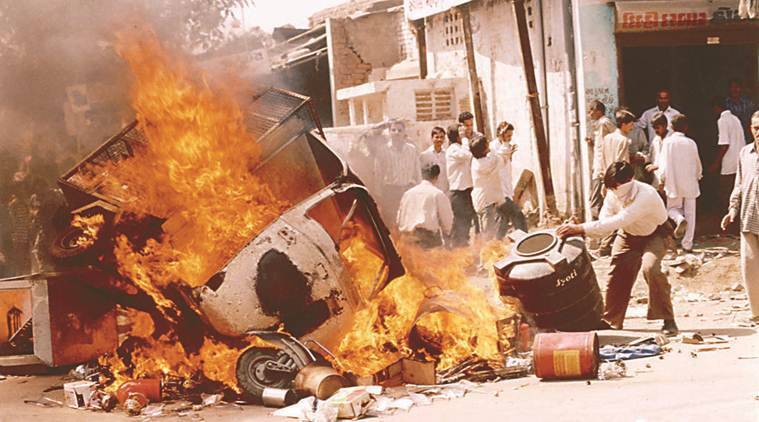 The Supreme Court has granted interim bail to 14 persons sentenced to life imprisonment for the murder of 23 people in Ode in Anand district during the Gujarat riots of 2002, The Hindu reported.

Regarding the series of incidents that led to the deaths of the 23 victims, May 11, 2018, Gujarat High Court judgment narrated: “The mob surrounded seven houses where Muslim families lived and set them on fire by throwing burning rags at them. Many of the people first tried to take shelter at a nearby three-storied building. However, many ran out, while 23 of them stayed back to meet a “gruesome fate”.

“According to the prosecution, all of them were burnt alive. The heat was such that they were burnt to ashes. In fact, the raging fire demolished the three-storied building and turned it into rubble,” the High Court had noted in the judgment.

However, the SC Bench led by Chief Justice of India S.A. Bobde found that these 14 people who were convicted for being part of the mob, were convicted on the basis of the testimonies of one or two witnesses.

The court separated the convicts into two groups of six and eight. Six of them were convicted on the basis of testimony of one witness and eight on the accounts given by two witnesses. The former would remain in Indore and the latter group of eight men would stay on in Jabalpur, Madhya Pradesh. Some of the convicts, represented by advocate Astha Sharma, should not enter Gujarat.

The Court directed that they do social, spiritual and community work till a final decision is taken on their appeal against the conviction.

The top court has not published the order copy yet on its official website.