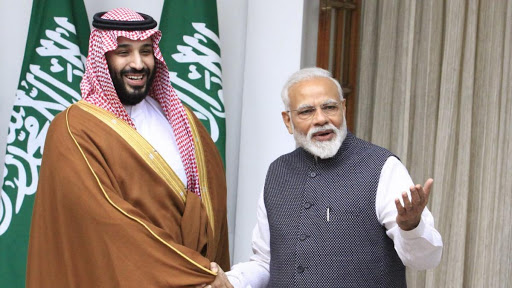 Saudi Arabia deported a large number of non-resident Indians (NRIs) living in the country for protesting against the contentious Citizenship Amendment Act (CAA) enacted by the government of India and the National Register of Citizens (NRC), reported Middle East Monitor.

Inspired by the peaceful protest in Delhi’s Shaheen Bagh and elsewhere in India, a group of Indians living in Jeddah are said to have shown their solidarity by holding placards against the act, which grants Indian citizenship to Hindus, Sikhs, Buddhists, Jains, Parsis and Christians from Pakistan, Bangladesh and Afghanistan allegedly facing religious persecution, but intentionally leaves out Muslims.

The protest in Saudi landed the NRIs in trouble. It’s reported that they were arrested for violating rules that prohibit any kind of assembly and protest and repatriated back to India, as Gulf countries prohibit assembly or public demonstration of any form.

“But the protesters, some of whom were young, are said to have been unaware of this basic rule. Many also got into trouble for posting support on social media,” the report said.

After the parliament passed the Citizenship Act, an unprecedented nationwide protest movement against the legislation and other government policies that discriminate against Muslims and violate Constitutional norms was launched. Lakhs of Indians across the country took to the streets in protest. In most parts of the country, it was led by Muslims – but not restricted to members of the community.

In December 2019, the Office of the United Nations High Commissioner for Human Rights (OHCHR) had described the citizenship amendment act as “fundamentally discriminatory”.