Religion Should Never Be Criteria For Citizenship, Danger Of Polarisation: Archbishop Of Bengaluru On CAA
Advertisement https://pagead2.googlesyndication.com/pagead/js/adsbygoogle.js 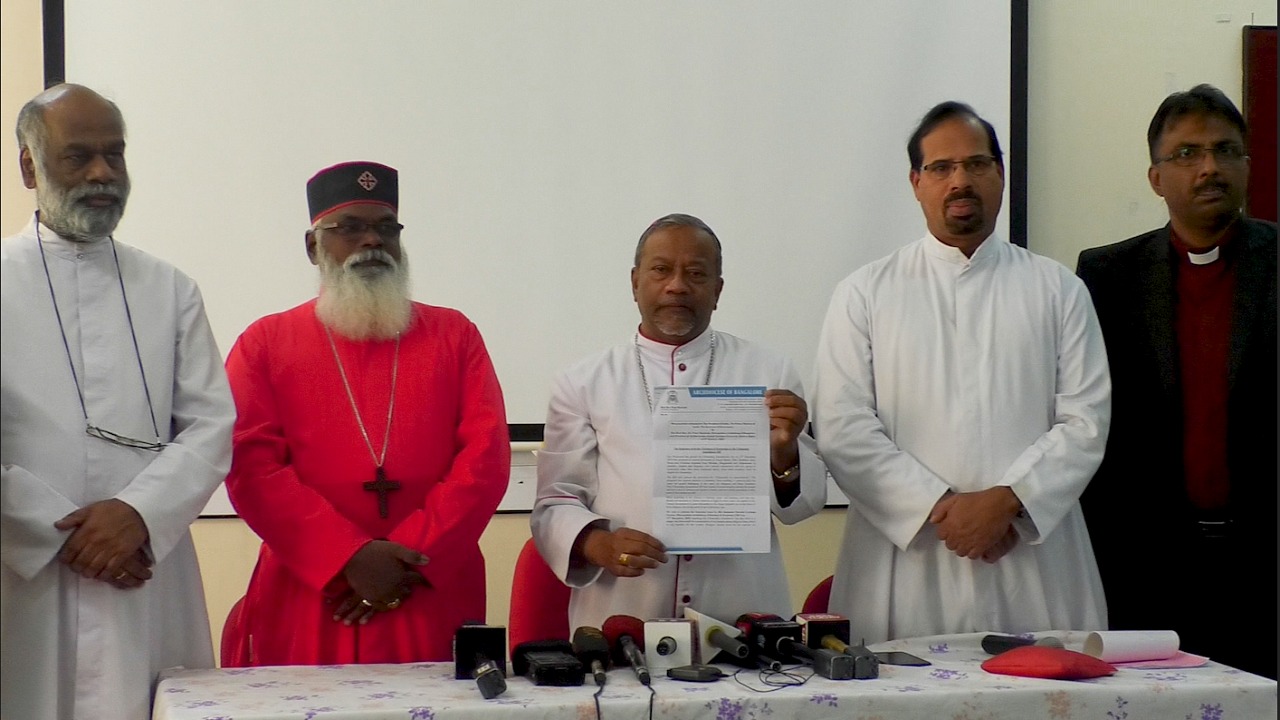 Appealing to the Central government to grant citizenship to undocumented migrants on the basis of each individual case, and not on the basis of their religion, the Archbishop of Bengaluru Peter Machado told presspersons on Thursday that a memorandum in this regard was being presented to the Prime Minister and President of India, through the Governor of Karnataka.

“We wish to reiterate the statement made by the Archbishop of Bombay, Oswald Cardinal Gracias, who is the head of the Catholic Church in India, on December 27th regarding CAA that there is a danger of polarisation of people along religious lines, which is very harmful to the country.”

“Religion should never be the criterion for citizenship of a country. Nor is violence a solution when there is a difference of opinion. It is necessary that the government dialogues with those opposing the Act, and comes to an agreement about the way forward with justice, equity and fairness. There is no harm in backtracking or changing course if this is necessary for the good of the country and our people,” he said.

“By doing so the government can mete out justice to all the illegal migrants, thus promote equality among them. More so, it can also convince the citizens of the country that it upholds the sacredness of the Constitution and respects the rights of all linguistic and religious minorities without any discrimination,” he said.

“Through this memorandum, we wish to stress that the Christian community will continue to work for the betterment of all citizens without any discrimination and will continue to build the nation based on equality, justice and fairness. We also express our solidarity with those who have been discriminated on the basis of religion and assure them of our support and fellowship,” he added.

When asked, if the Christian community opposes the government’s proposed plan to implement the nationwide National Register of Citizens (NRC), the Archbishop said that the community is not against CAA or NRC in theory, but opposes its practicality.

When asked, if the Christian community opposes the government’s proposed plan to implement the nationwide National Register of Citizens (NRC), the Archbishop said that the community is not against CAA or NRC in theory, but opposes its practicality.