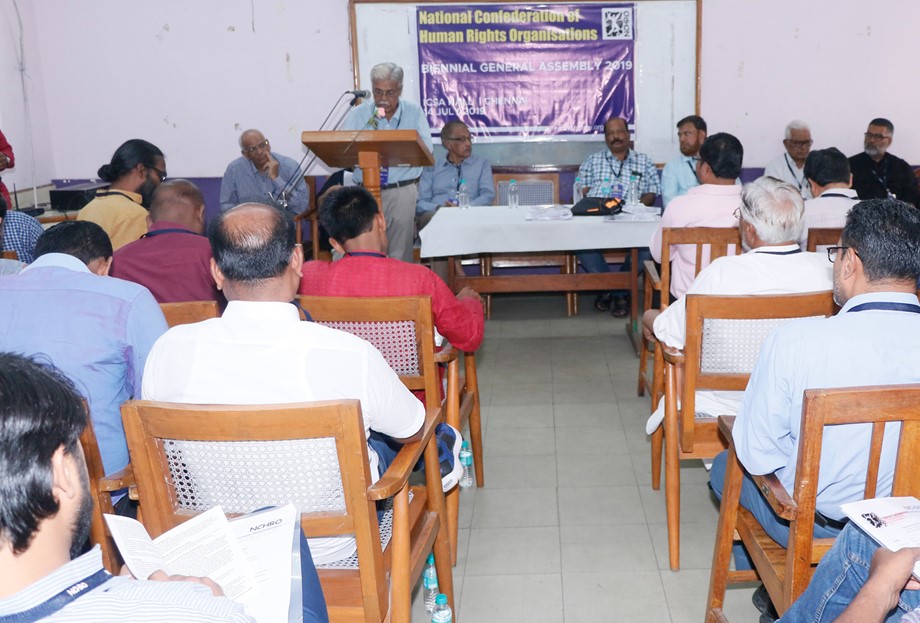 The National Confederation of Human Rights Organisations (NCHRO), in its Biennial General Assembly held in Chennai, re-elected Prof. A. Marx as its chairperson for the term of 2019-2021.

NCHRO has played a crucial role in highlighting the rights violations in the anti-Sterlite struggle and the fishermen issues in the Ochi cyclone devastation at Kanyakumari.

The two-year activity report of NCHRO was presented before the Assembly, which was then evaluated to measure the effectiveness of the organisation in promoting and defending human rights in the country.

Reny Ayline, NCHRO Secretary, said that promoting human rights is the core purpose of NCHRO and that in these turbulent times “we need to strengthen our responses to widespread abuses and prevent such situations from arising in the first place.”

“The biennial event provided a platform for many prominent human rights activists, intellectuals and legal experts to brainstorm about the country’s human rights scenario. The Biennial General assembly is a place where important governance work happens, including the election of our National Executive Committee (Exco) and Office Bearers,” said Mohamed Janib, NCHRO’s Coordinator.