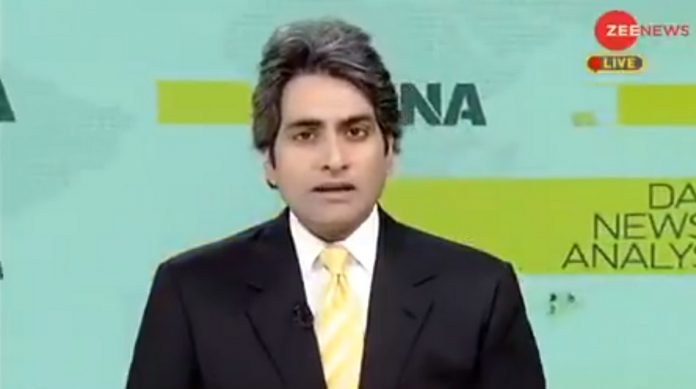 Sudhir Chaudhary, the infamously Pro-BJP anchor of Zee News lashed out at Delhi residents and accused them of being selfish and not caring about the country after exit poll results for the Assembly elections declared a clear majority for the Aam Admi Party (AAP).

Meanwhile Sudhir Chaudhury has taken the exit polls personally and has resorted to insulting and taunting the Delhi voters. (video via @Rofl_Gujarati ) pic.twitter.com/jkTeWrQkSE

Chaudhary, who is a vocal supporter of Narendra Modi and his far-right BJP party accused Delhi voters of not caring about issues like the Balakot airstrikes, Ram Temple in Ayodhya, or revocation of Jammu and Kashmir’s special status. Instead, he stated that they only care about their local issues (read education, water, infrastructure etc).

“They don’t even care about the country being fragmented into bits. They only care about their local struggles and not about bigger issues of national importance,” Chaudhary ranted.

The anchor’s frustration of his party losing the elections has gone viral on social media. It also prompted many Twitter users to post witty and hilarious memes.

Meanwhile those who voted for AAP be like 😂 pic.twitter.com/21F1XQQUz2

He sounds quite disturbed. Someone ought to help him… maybe his employers need to give him some time off 🤔🙂

You can fool SOME of the people ALL of the time.

You can fool ALL of the people SOME of the time.

When something happen against DOMI G pic.twitter.com/jtFCZqQdCt

The results of the Delhi elections will be announced on February 11.