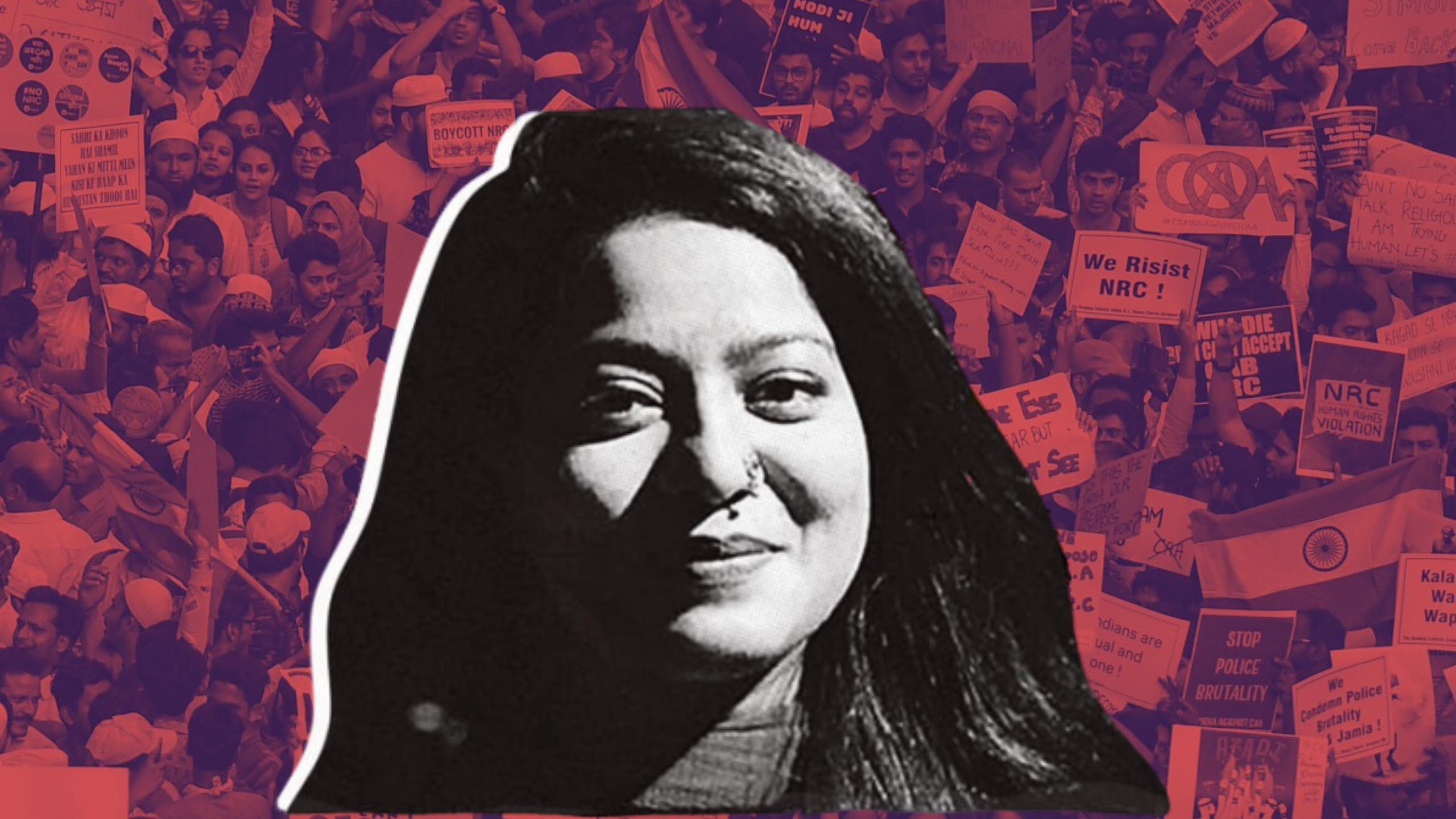 The Delhi High Court on Tuesday allowed bail to Jamia Millia Islamia student leader Safoora Zargar, arrested under the draconian UAPA law in a case related to the anti-Muslim pogrom in northeast Delhi during protests against the Citizenship Amendment Act (CAA) in February this year. The court granted the bail after the Delhi Police stated that it had no objection to her release on humanitarian grounds, Live Law reported.

Her release comes after widespread concerns were raised over her incarceration in the overcrowded Tihar prison amid COVID-19. Zargar is in the 23rd week of her pregnancy.

The Jamia Millia Islamia student and Anti-CAA activist has to furnish a personal bond of Rs 10,000 and follow two conditions. She should not indulge in activities she is being investigated for and should refrain from hampering investigation. She will also have to seek permission of the concerned court before leaving Delhi for any purpose, court said.

Zargar, a 27-year-old research scholar in sociology at Jamia Millia Islamia, Delhi, was arrested on April 10, on charges of blocking a road and obstructing traffic. After securing bail in that case, she was arrested again on April 13 under the Unlawful Activities (Prevention) Act, 1967. The police has accused her of being a key ‘conspirator’ in the violence that erupted in Delhi 2020 February.

The violence is widely acknowledged as an anti-Muslim pogrom that was ignited after Bharatiya Janata Party (BJP) leader Kapil Mishra’s incendiary comments against the peaceful anti-CAA sit-in protests in the area. Mishra had demanded that anti-CAA protesters in Chand Bagh and Jaffrabad be removed within three days. If not, he had warned, his supporters would take matters into their own hands. Soon after, stone-pelting began in the area.

Video footage and eyewitness accounts have pointed to police allowing Hindu mobs to roam the streets freely to target the Muslim community.

Currently, all are in jail and were denied bail.