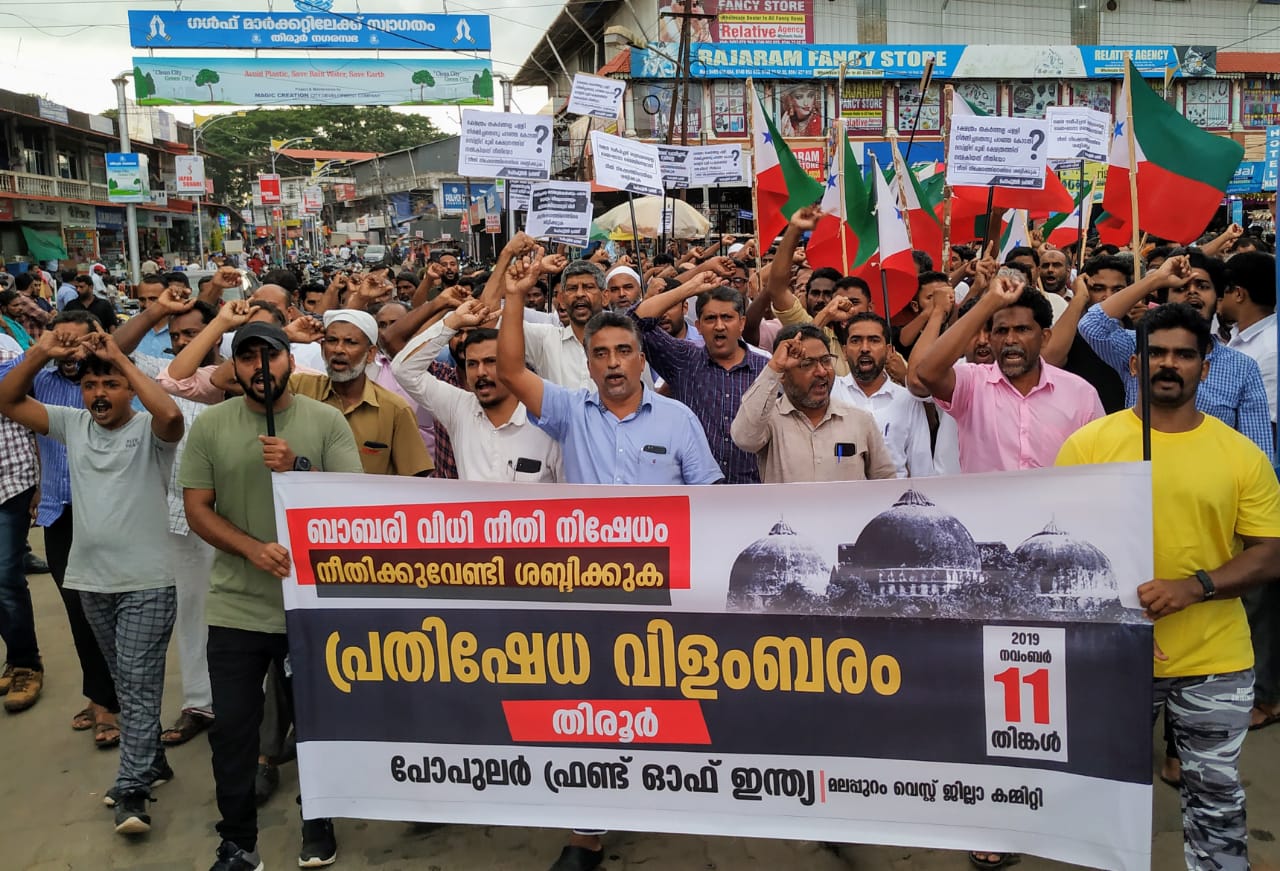 Popular Front of India (PFI) carried out a massive protest across Kerala on Monday against the Supreme Court’s verdict on the Babri Masjid demolition case.

Thousands of PFI cadres participated in the protest across the state, despite warnings from the authorities of action and cases against those who spoke against the verdict. 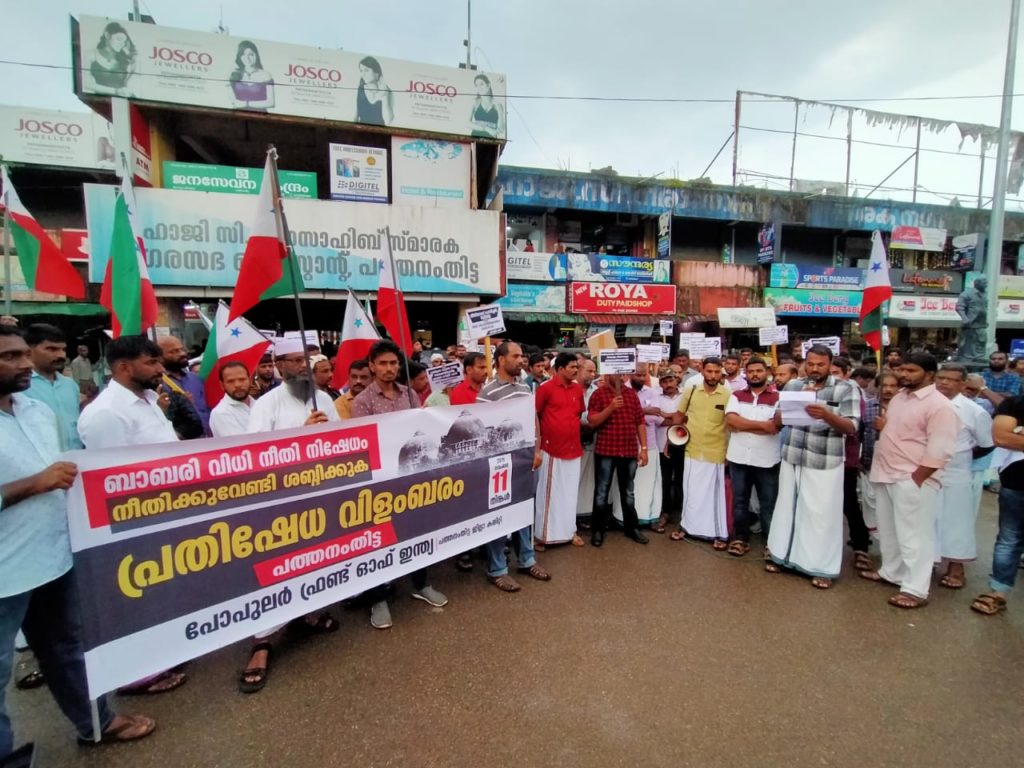 The police arrested 70 members of the organization in Wayanad, and in several other districts. The police removed the activists using Police vans and jeeps. The police also took into custody the placards and the mike sets used by the protesters.

The largest cadre-based Muslim organization in the country, PFI has called the verdict as ‘unfair’ and ‘Disappointing’. In a statement released after the SC verdict on Saturday, PFI said that it stands with All India Muslim Personal Law Board and UP Sunni Waqf Board in their future struggle for the restoration of justice.

“The apex court has reiterated the facts that Masjid was not constructed after demolishing any temple and agreed that the placing of idols in the Masjid in 1949 and demolition of the Masjid in 1992 were violations of law. But unfortunately, contrary to these approved facts, the entire land of the demolished Masjid is handed over for temple construction. The court direction to give alternate land to Muslims for Masjid is insignificant and bears no justice,” it said. 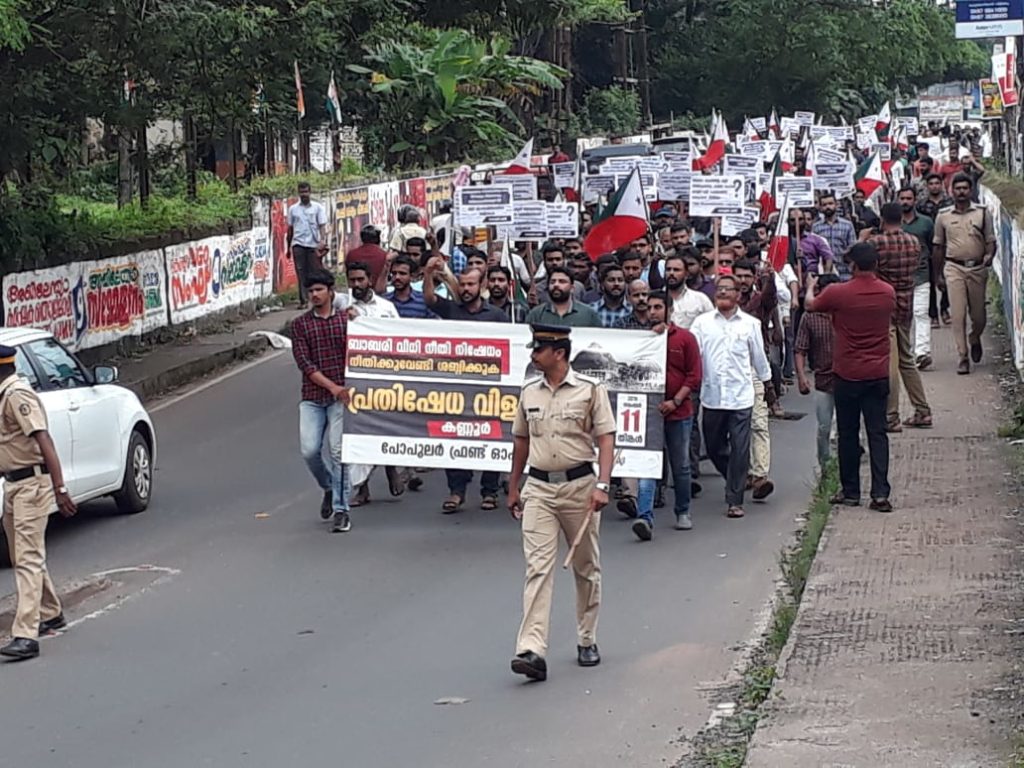