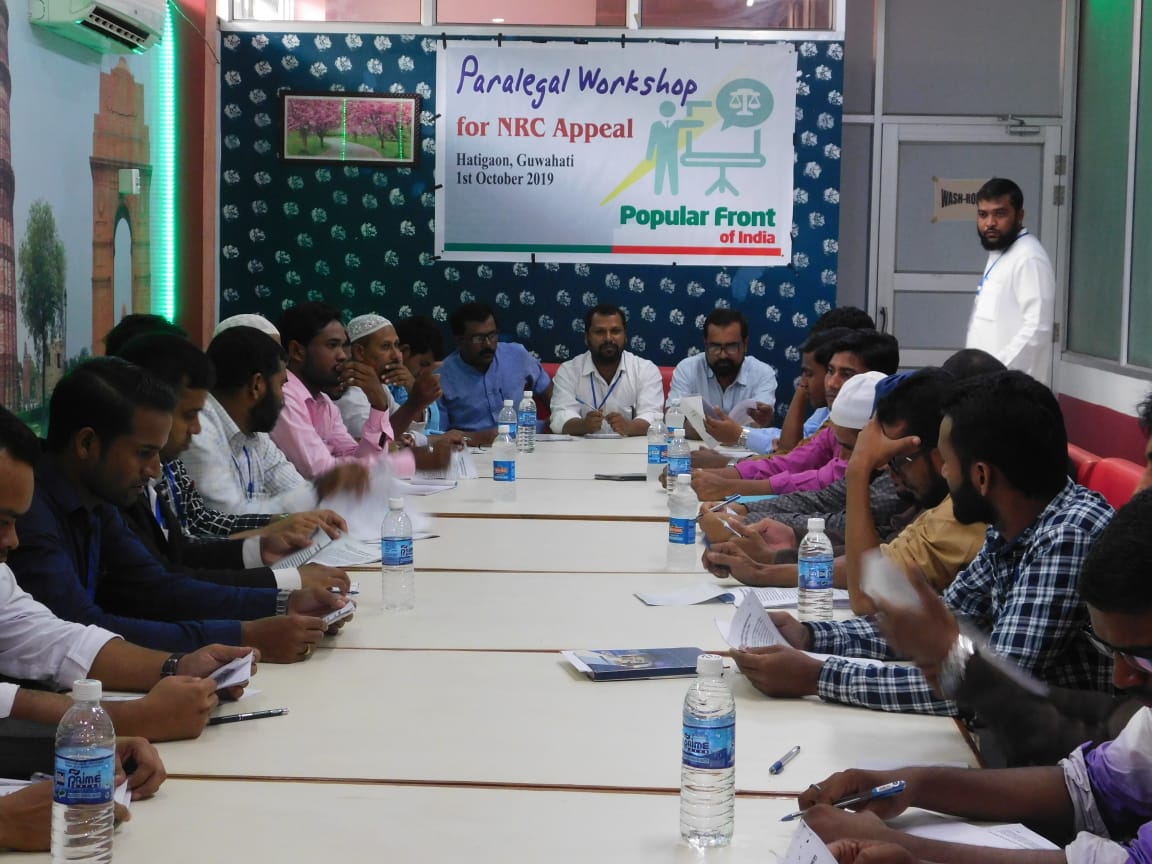 Guwahati: Popular Front of India (PFI) Assam, organised a day-long paralegal workshop here on Tuesday to equip locals and lawyers to navigate the complex issue of citizenship, and to build a team of paralegal volunteers to help those excluded from the final NRC list.

The workshop was organised as people whose names are excluded would have to defend their citizenship before Foreigners’ Tribunals (FT)s and it must be ensured that no genuine Indian citizen suffers on account of lack of proper legal advice, PFI said. The team of paralegals will provide assistance to lawyers appearing for the victims before the (FT)s.

Over 19 lakh people were left out of the final NRC list published late last month in neighbouring Assam. To prove their citizenship, people in Assam have to show documentary evidence that they or their ancestors were born in Assam before March 25, 1971, which has been set as the cut-off date.

Recently, a ‘People’s Tribunal’ comprising of retired Supreme Court judges, academics, and human rights activists warned of serious implications if the NRC process is extended to all of India. The tribunal said NRC has the potential of increasing ‘vulnerability’ and spawning an enormous humanitarian crisis, by targeting vulnerable individuals and groups.

The United Nations, which is closely monitoring the implementation of NRC in Assam, has also repeatedly warned of the instability and the risk of statelessness, deportation or prolonged detention the process would create.