Over 200 Muslim Houses Burnt Down in Meerut. Residents Accuse The Police
Advertisement https://pagead2.googlesyndication.com/pagead/js/adsbygoogle.js 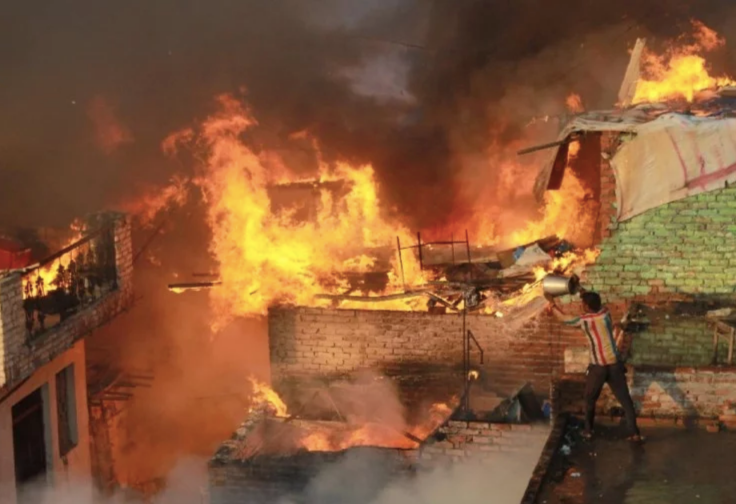 Over 200 Muslim houses were burnt down in Meerut’s Bhusa Mandi slum, when the local authorities were trying to remove alleged encroachments from the area on March 6.

Residents of the slum claim the Uttar Pradesh police attacked their cluster, burnt down their houses, attacked the men and women, and even fired and assaulted them.

The ghastly incident occurred when members of the Meerut Cantonment board along with police reached the Bhusa Mandi area to remove the residents from their houses, who they claim have illegally encroached the land. According to the police, angered by the move, some people from the slum began stone-pelting at them and even set the houses on fire.

Local residents have denied this version and squarely blamed the police for burning down their houses.

People whose homes were destroyed in the fire have been forced to spend the days and nights in the open, with nothing but ruins of their belongings to look at. They have lost their lives earnings, including cash and kind they had saved for their children’s weddings.

While the magisterial inquiry was ordered by the administration, the police have filed FIR against unknown men and even arrested around six Muslim men in the case.

The below video from the independent media collective, ChalChitra Abhiyaan shows reports from the ground.