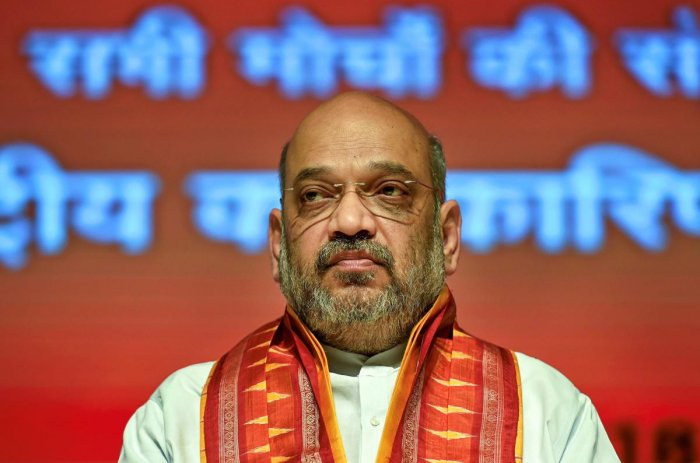 On his first visit to Bengal after the national elections, Home Minister Amit Shah on Tuesday asserted the Centre will extend the National Register of Citizens (NRC) to West Bengal but before that the Citizenship (Amendment) Bill will be passed to accord Indian citizenship to all Hindus, Sikhs, Jains, Buddhists and Christians crossing into the country.

Shah said NRC will be conducted across the country despite the Mamata Banerjee-headed Trinamul Congress government in West Bengal avowing that the contentious exercise will not be allowed in the state.

Last month, West Bengal CM and Trinamool supremo Mamata Banerjee said that her party and government will not allow NRC to be implemented in the state, terming it as a ploy by the BJP-led central government to exact “vendetta” against those opposed to its political ideology.

Over 19 lakh people were left out of the final NRC list published late last month in neighbouring Assam. The National Register of Citizens was first prepared in Assam in 1951. To prove their citizenship, people in Assam have to show documentary evidence that they or their ancestors were born in Assam before March 25, 1971, which has been set as the cut-off date.

The omission of a large number of Hindu Bengalis from the final NRC list in BJP-ruled Assam has led to a panic in Bengal, with hundreds of people lining up at government and municipal offices across the state to collect their birth certificates and necessary documents. About a dozen people have allegedly either ended their lives or died of shock on learning that, after Assam, the drive be implemented in Bengal.

However, Shah declared today that NRC will be brought in across the country “no matter how much the Trinamool Congress opposes it”.

“Mamata is telling people of Bengal that lakhs of Hindu refugees (from Bangladesh) would be thrown out if NRC happens. There cannot be a bigger lie…. And I have come here today to make it clear that this will not happen,” Shah said. “The Bharatiya Janata Party government will not force a single (non-muslim) refugee to leave the country,” he said.

However, in a veiled reference to Muslims, Shah asserted that all ‘infiltrators’ will be thrown out of the country.

The Citizenship (Amendment) Bill, 2019, provides for according Indian citizenship to Hindus, Jains, Christians, Sikhs, Buddhists and Parsis from Bangladesh, Pakistan and Afghanistan after seven years of residence in India instead of 12 years, which is the current norm, even if they do not possess any document. The legislation was passed by Lok Sabha during its winter session on January 8 but could not be cleared by the upper house.

Some senior BJP leaders have said that the bill would be reintroduced in the winter session of Parliament.