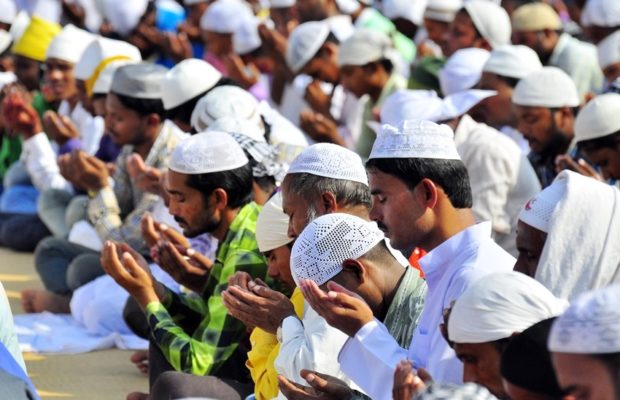 In a move which is likely to raise questions about their real objectives, the Uttar Pradesh police have ordered companies in Noida’s industrial area to direct their Muslim employees to stop offering Friday namaz (prayers) in open areas such as parks.

Noida Sector 58 Police have sent notice to all the companies which are located in the industrial area asking them to adhere to the restrictions. According to the notice, companies will be held accountable, if their Muslim employees offer namaz in public areas. Employees have been asked to offer Friday namaz in masjids, or inside the premises of the firms.

Reportedly, a group of Muslims had gone to the City Magistrate asking for permission to offer prayers in open areas. However, the authorities are unwilling to allow namaz being offered in public.

The police notice states: “We want to inform you that there is no permission from the administration to conduct any kind of religious activity including Namaz offered on Friday in the Authority park in Sector 58. It has been often seen that the Muslim workers of your company assemble in the park to offer Namaz and I, the SHO, have told the group to not hold prayers in the park. Also, their plea to the city magistrate has not received any permission to do so.”

The notice that was issued last week has triggered concern among companies in Noida’s industrial hub, especially in relation to the clause that threatens to hold them liable for violations of the order by employees.

Noida’s Sector 58 is predominantly an IT and services hub. A large number of companies have offices in this area, where hundreds of Muslims are employed. Besides questions being raised if companies have spaces to accommodate gatherings of a large number of people since Friday prayers are to be offered in congregations, there are also concerns that the ambit of the directive could be widened to include other areas in the National Capital Region township, and companies could use this is a guise to not recruit Muslims.

The Noida police, however, have defended the move citing concerns that communal harmony could be disturbed, especially in the run-up to the upcoming Lok Sabha elections in 2019.

According to police, in the last few months, a large number of people have started to assemble to offer Namaz on Fridays, which has triggered complaints from people. The police, however, did not mention, who the complaints were from.

This is not the first instance, where issues have been raised related to the offering of prayers in public spaces. In May, this year, Bajrang Dal and other militant Hindu groups acting under the aegis of Sanyukt Hindu Sangharsh Samiti, violently disrupted namaz at 10 locations in neighbouring Gurugram. Haryana Chief Minister Manohar Lal Khattar supported the Hindutva groups, saying that namaz should only be offered in masjids and not at public spaces.