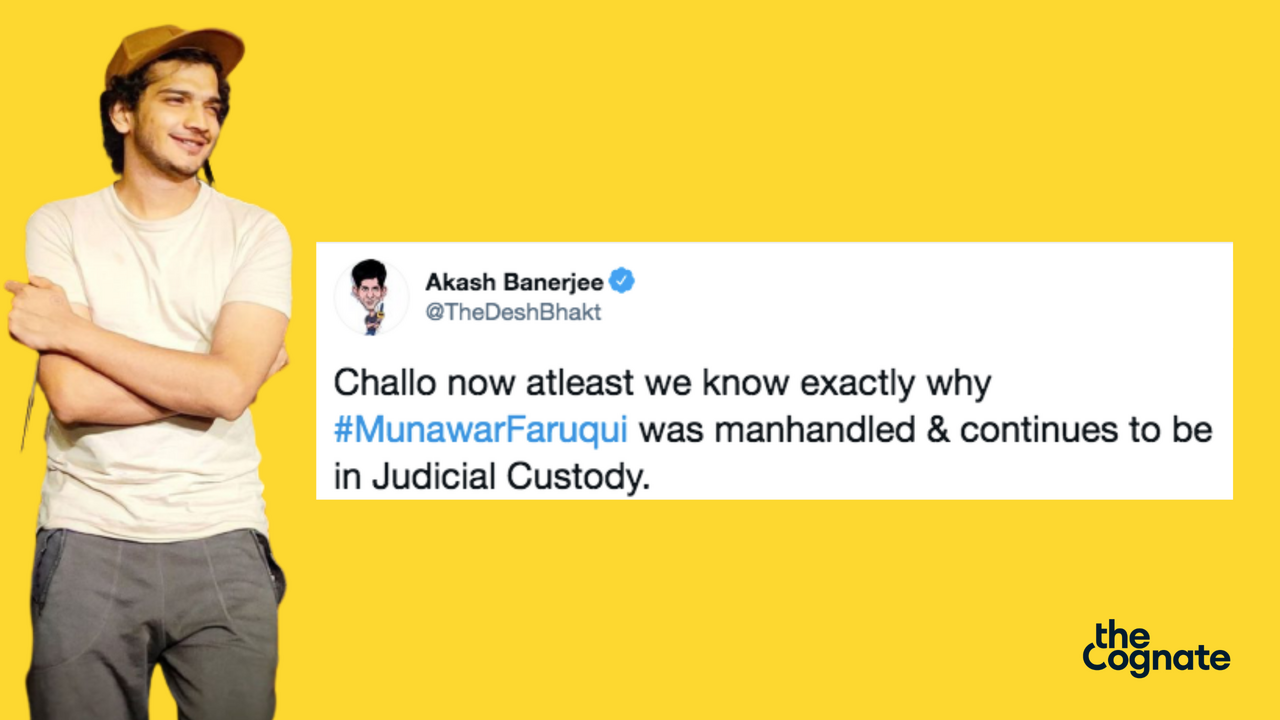 The Indore Police on Sunday said they had no video evidence to show that comedian Munawar Faruqui insulted Hindu deities, the Indian Express reported. Faruqui had been arrested on Friday for allegedly hurting religious sentiments of Hindus.

Kamlesh Sharma, the town inspector of Tukaganj Police Station said that the video submitted by the complainant showed another comedian making jokes about the deity Ganesh. “There’s no evidence against him [Faruqui] for insulting Hindu deities or Union Minister Amit Shah,” Sharma said.

You can't stop jokes and laughter. Not because comedians are performing it, but because people need to laugh. Harder you try, the more you're going to be laughed at, now, and by history.

Anyone who has ever tried to control humour, now has a category of jokes devoted to them.

Challo now atleast we know exactly why #MunawarFaruqui was manhandled & continues to be in Judicial Custody. pic.twitter.com/CPUr0OCCmJ

In this article:Featured, Munawar Faruqui