No, 'Pakistan Zindabad' Slogans Were Not Raised By Madrasa Students In Mandsaur
Advertisement https://pagead2.googlesyndication.com/pagead/js/adsbygoogle.js 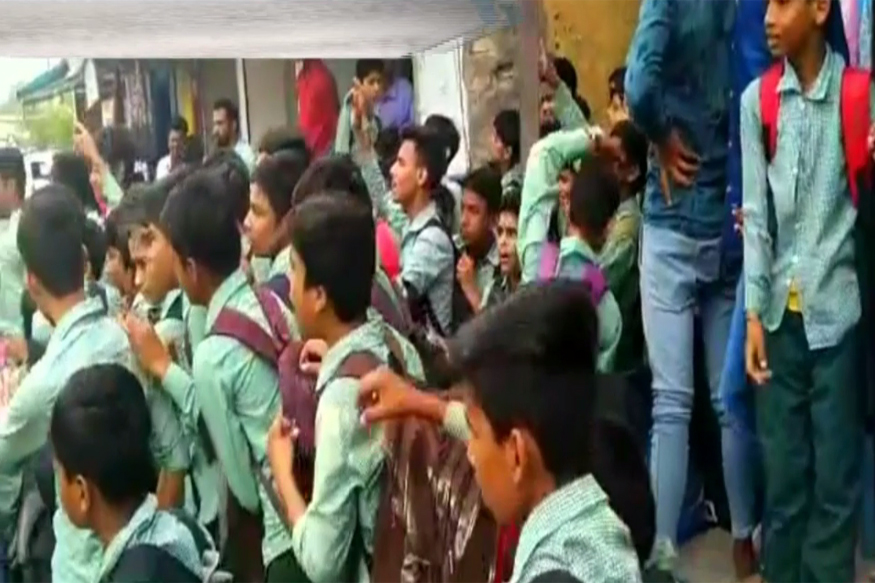 One Facebook user Kajal Yadav posted the video, which shows the students raising slogans in the presence of policemen. The caption in Hindi reads that pro-Pakistan slogans were being raised in Anjuman school. And in an apparent reference to Muslims continues, “And then they ask what did we do”.

The video was shared by more than 1,300 people, and many more Facebook pages have also shared the same clip. 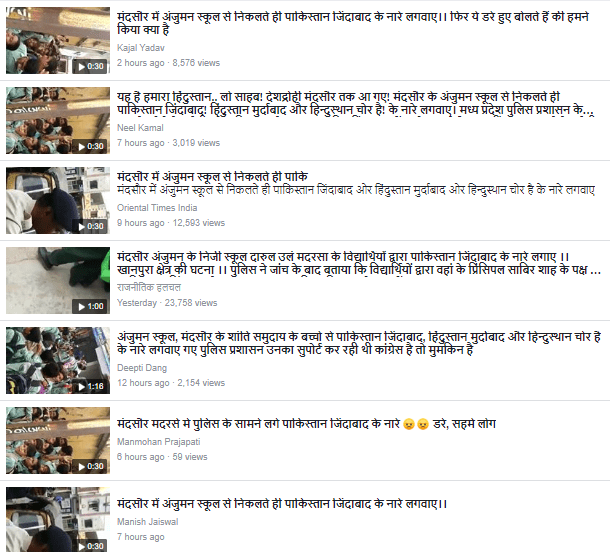 Many on Twitter also shared the video with anti-Muslim comments.

A Google search lead us to various articles on the topic, including one by ‘The New Indian Express’. 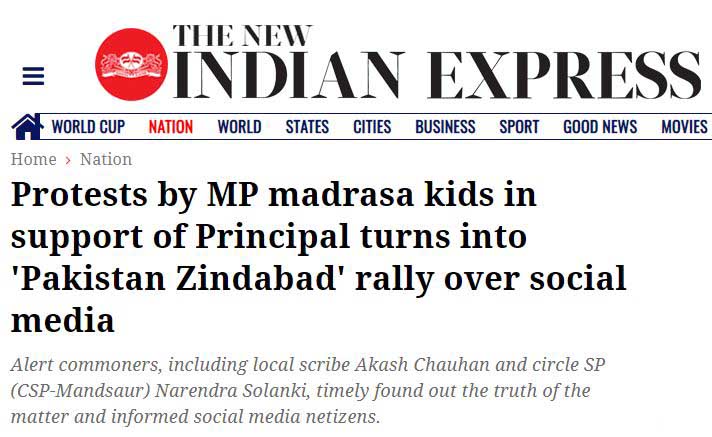 According to the Express article, the students were actually raising slogans of ‘Sabir Sahab Zindabad’ in support of school principal Saabir Paanwala thinking that he could be sacked due to a dispute between him and the secretary of the institution (Anjuman-e-Islam Committee).

However, the video was shared with false and malicious captions targeting the Muslim community.

This was also confirmed by Narendra Solanki (City ASP), who in an interview to NDTV told that forensic analysis of the video concluded that the students were not raising ‘Pakistan Zindabad’ slogans.