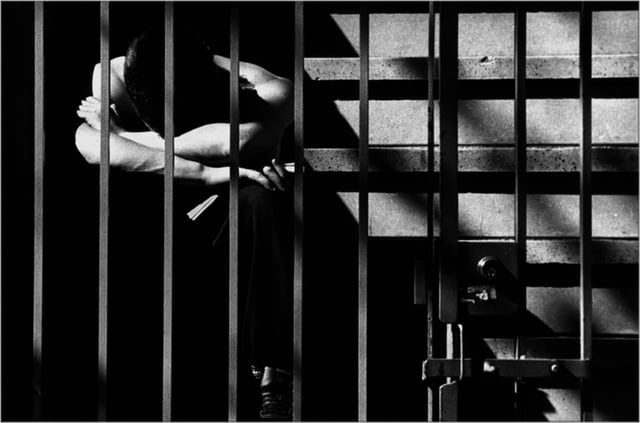 The National Human Rights Commission (NHRC) has issued notices to the Chief Secretary and the Inspector General of Prisons, Madhya Pradesh, seeking a detailed report on the present health status of all the Students Islamic Movement of India (SIMI) prisoners and their medical treatment records, within 4 weeks.

The NHRC issued the notice on October 19 after Hindustan Times earlier this month reported that six members of SIMI had begun a hunger strike inside the Bhopal Central Jail and had been shifted to the jail hospital after a week.

The NHRC notice states, “The prisoners have the right to food and dignity which is the basic human rights and the State, being their lawful custodian, cannot deny it to the inmates, in its lawful custody. The news report has revealed that all of them are demanding better food, exemption from regular frisking and freedom from the high-security block.”

The notices issued by the NHRC gains added significance following reports that the Bhopal jail authorities have recently defied a court order directing them to allow the 11 SIMI prisoners in its custody to have a meeting with their lawyer. The said order was issued by the Special Sessions Court in Ahmedabad, which is trying them in another case.

It said: “The Superintendent of Bhopal Central jail, Madhya Pradesh is hereby directed to permit lawyer D.D. Pathan to meet the above-named 11 accused, personally for the purpose of legal interview and exchanging papers in Gujarati and English languages along with case material and to get the Vakalatnama signed. The lawyer.A. shall be permitted to meet all 11 accused together between 11 a.m. to 5 p.m. on the 7 and 8 of October 2020”.

But Pathan was not allowed to meet his clients on October 7. The following day, on 8 October, he was allowed to meet only those of the 11 prisoners who had not gone on hunger strike.

In 2017, the National Human Rights Commission (NHRC) conducted two investigations into complaints that convicted and undertrial prisoners were facing torture and inhuman treatment, including religious slurs against their Muslim identity in the Bhopal Central Jail. Both investigations concluded that the prisoners were facing physical and mental torture at the hands of prison authorities, and even highlighted the illegality of their continued solitary confinement.

Almost three years later, neither the jail authorities nor the state government of Madhya Pradesh has taken note of the findings of a statutory body formed under the Protection of Human Rights Act, 1993.

The SIMI is a banned organisation that was formed in Aligarh, Uttar Pradesh, in April 1977. SIMI maintains that concepts of secularism, democracy and nationalism, keystones of the Indian Constitution, are antithetical to Islam.

They aim to restore the supremacy of Islam through the resurrection of the Caliphate, emphasis on the Muslim Ummah and the waging of Jihad.

The Indian government describes it as a terrorist organisation and banned it in 2001, shortly after the 9/11 attack. The ban was lifted in August 2008 by a special tribunal but was reinstated on 6 August 2008 on national security grounds. In February 2019, the ban on SIMI was extended for a period of five more years starting February 1, 2019, under the Unlawful Activities Prevention Act (UAPA).

Six convicts among the 31 members of the Students’ Islamic Movement of India (SIMI) have been imprisoned for over a decade. The six have...

Only 2.2% Of Cases Registered Under UAPA From 2016-2019 Ended In Conviction: Government Tells Rajya Sabha