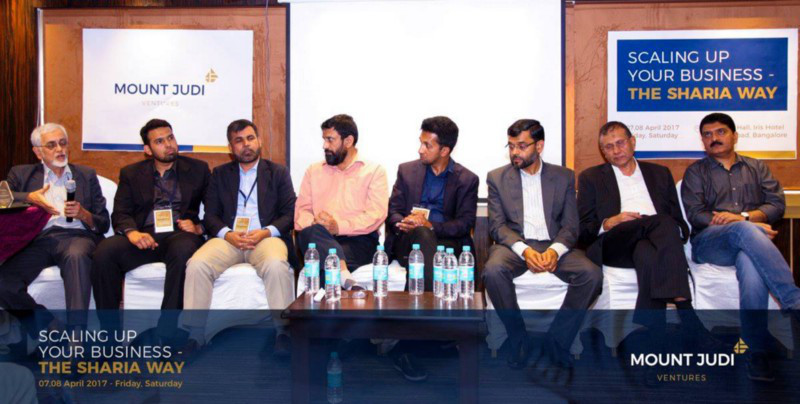 Bengaluru: A new Shariah-compliant investment company called Mount Judi Ventures was launched in Bengaluru on Saturday, to fund seed stage, growth stage and established businesses, which are primarily based in India.

The company plans to soon float a SEBI registered Alternative Investment Fund (AIF-II) category venture capital fund, and targets to raise $10 to $15 million, with an expected annual return on investment of 18% for the fund.

An offshoot of Rehbar Financial Consultants, Mount Judi Ventures grew out of the need to finance large-scale investments, which the former could not support due to its mandate to fund only small- and medium-size businesses. Mount Judi will operate independently of Rehbar, its Co-founder and CEO Mudassar Ali Baig told The Cognate.

Sherif Kottapurath, CEO of POSibolt, CH A Raheem, Founder Director of KIMS Healthcare Management Ltd, and PC Musthafa, CEO of iD Fresh Food, are the other three General Partners of the firm.

Mudassar Ali Baig, who was previously part of the investment team at Bangalore-based private equity firm Ascent Capital, explained that “Mount Judi will help businesses access funds, without the promoters having to agree to any of the unfair or unethical terms such as fixed IRRs etc.”

Baig said that the company follows a strict Shariah-based dealings policy, and will only fund businesses, which comply with its core ethical values. Which means, Mount Judi will not deal with interest-based transactions, and will not fund companies dealing in alcohol, entertainment, and other businesses, which are not sanctioned by the Shariah.

The fund will follow the ‘Musharaka’ model of business financing, which involves profit-loss sharing, without equity dilution and avoid fixed interest-based transactions.

According to Co-founder Sherif Kottapurath, the fund will be using a mix of equity and debt structures for investments.

“The equity structure will be used to invest in promising new age businesses backed by strong business fundamentals where we can expect to get some healthy capital gains at the end of the investment tenure. The debt structure on the other hand, which will invest in mature businesses with annual revenue in the range of Rs. 50–100 crore, will be based on a periodic profit and loss sharing mechanism. These latter investments will ensure that the investors will keep earning a healthy income simultaneously. The combination enables the investor to participate in the high growth story of new age businesses in India while earning a steady income and diversification from profit and loss sharing investments in the established businesses with a well-proven track record.”

Mount Judi will invest between Rs 3 crore to Rs 8 crore in selected ventures and is looking at 10–15 investments in its first round.