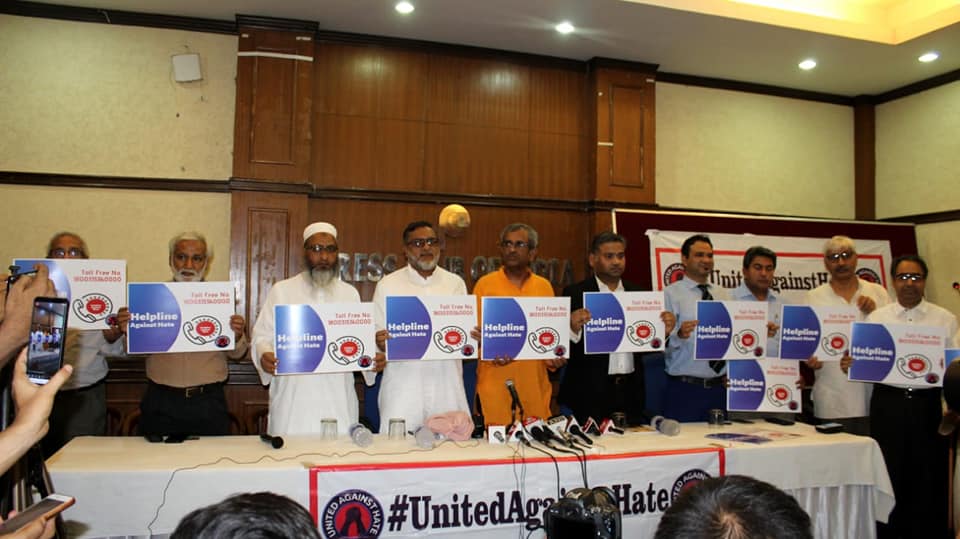 United Against Hate (UAH), a rights group, has launched a toll-free helpline to provide legal aid for the victims of hate crimes and mob lynching from across the country.

The helpline aims to aid victims in getting speedy justice by reporting the incidents to media, documenting them and providing legal help. It will also prepare a document of such attacks and build a movement around it. The helpline will be functional in 100 cities across India to help the victims of hate crimes.

The number 1800-3133-60000 puts callers in touch with activists across India who will help them file FIRs and pressure the police to act fast.

“We are launching a toll-free helpline in view of rising cases of mob attacks and hate crimes in the country. We will try to help the victims of such assaults and help them get them justice in the courts,” Nadeem Khan of United Against Hate said.

“Even before a crime takes place if you see a mob gathering, call the number. Lawyers, activists and journalists will publicise the matter, and call up police officers in the area so they reach fast,” Khan said.

Michael Williams, president of the United Christian Forum that also runs a similar helpline, said: “When people start calling up the local police inspector, the behaviour of the police changes. Pastors normally spent weekends in lock-ups on false charges of fraudulent conversion. After our helpline started (in 2015), they are still detained but are often sent back home after a cup of tea and biscuits. The police now know that the world is watching.”

Malik Motasim Khan, secretary of Jamaat-e-Isami Hind, said that these attacks on Muslims and other minorities are happening because of the hate-filled ideology of “one nation, one culture and one religion.” India is a land of multiple cultures, religions and communities. Pluralism is the USP of this country, he Khan.

Ravi Nair, Director at South Asia Human Rights Documentation, said that the constant happening of such incidents shows that the state is collapsing and there is no law and order in the country.

“I appreciate this initiative for all the wrong reasons. It should not have been necessary. Where is the Indian state? I make differentiation between the state and the government. The state is collapsing. You have the National Integration Council which have a joint secretary and whole department in the home ministry also. What are they doing? Are they hatching eggs? Why have they not called the meeting of chief ministers on the incidents of mob lynching?” asked Nair.

Supreme Court Advocate Ehtesham Hashmi said the helpline is in dire need in rural and remote areas. We will always be prepared to ensure justice.

JNU professor Gazala Jamil said that this attempt to ensure justice in this atmosphere of despair is commendable.

In this article:Featured, Lynching, Mob Lynching, United Against Hate

A 48-year-old Muslim man was beaten to death by a mob and another was seriously injured in Jharkhand’s Bokaro, allegedly because they stole a...

For the kids who witness their parents being murdered, the exposure can be traumatic. The Chacha Nehru Madrasa & The Sana School in Aligarh...

The National Crime Record Bureau’s (NCRB) Crime in India Report 2017, released on Monday after a two-year delay, has excluded vital data relating to...