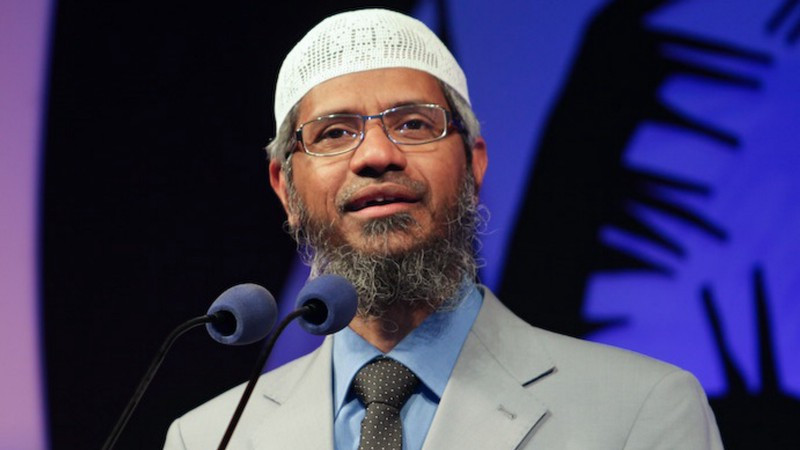 Unhappy over the disparaging media coverage of Islamic speaker Dr. Zakir Naik, sections of Muslim masses, who are defending him, have started a campaign to give poor ratings to the TimesNow app on app stores, and even uninstalling it from their smartphones.
Messages doing rounds on social media are urging Muslims to boycott the news channel and its Editor Arnab Goswami, who is at the forefront of attack against Dr. Naik.

Dr. Naik came under an intense media storm, after a newspaper in Bangladesh, reported that one of the attackers of the 1st July Dhaka attack had shared one of Dr. Naik’s speech on Facebook.

Although the Dhaka-based newspaper Daily Star, has since clarified that Dr. Naik did not inspire the Dhaka terror attack, media houses in India, however, have continued their relentless coverage against the world-renowned speaker, accusing him of being an “inspiration behind terror attacks across the world”, without bothering to give any evidence for their claims.

The TimesNow app, which had a 4.2 rating at the beginning of the day on July 12, 2016, was down to 3.7 rating at the end of the day, and at the time of filing this report, it stood at 3.0 with certain fluctuations.

The ire was not directed at TimesNow alone. News18 also had to bear the discontented users’ brunt.

One user, Umar Shariff, told The Cognate that, what provoked him to uninstall the News18 app, was the channel’s recent episode of ‘The News That Wasn’t’, hosted by comedian Cyrus Broacha.

“The show made a mockery of the Holy Qur’an, in the guise of making a satire on Dr. Zakir Naik,” he alleged.

The show, which is well known for making spoofs of politicians and celebrities, this time, took on Dr. Naik by having a character mockingly enact the way Dr. Naik quotes the Qur’an in his speeches. The character makes references to imaginary holy books in a comical manner, which Shariff alleges, is referred to the Qur’an.

Shariff said he’ll be filing a police complaint against Broacha and News18, for allegedly hurting religious sentiments of the Muslims.

The anger against the media trial of Dr. Zakir Naik has been going on for the past couple of days. There have been social media campaigns blasting the ‘biased media’ coverage against Dr. Naik.

#SupportZakirNaik, #DontBanPeaceTV and #ZakirNaik hashtags have been trending on Twitter, for the past couple of days, with even Dr. Zakir Naik himself, urging his supporters to join the online protest.

The Bangalore-based Muslim organisation, ‘Mission Possible for Justice & Rights’ (MPJR), which is leading these campaigns, has also started a petition on Change.org, asking Indian media, to ‘Stop the vilification campaign against Dr. Zakir Naik’.

The petition, at the time of filing this report, had garnered more than 80,000 signatures and is addressed to the Press Council of India and its Chairman Justice Chandramauli Kumar Prasad.

The petition alleges Indian media of “deliberately attempting to link Dr. Zakir Naik” to the terrorists who attacked a restaurant in Dhaka, besides creating a negative public opinion against him.

“Our question to media organisations in this country, who are deliberately concocting a public opinion and making a case against him, is how can a man, who denounces terrorism, be responsible for heinous terror attacks,” reads the petition.

The letter further mentions that “Dr. Zakir Naik has never said anything, which goes against the Constitution of India, in any of his speeches. Practising and propagating one’s religion in a peaceful manner is a right every citizen of this country enjoys.”

Alleging the whole coverage as a “malicious conspiracy by the media”, the organisation accused media houses of running “parallel courts” in the country.

The organisation had also announced a protest at Town Hall Bangalore on July 13th but had to cancel it, after the police denied it permission.

Nadeem Ahmed, Coordinator of MPJR, told The Cognate that, the police had initially given them permission to go ahead with the protest, however, they later denied it, citing “law and order problem.”

He said, instead of a protest, they are now conducting a conference at the city’s BIFT hall, at Queens Road.

Not just MPJR, but other Muslim-run NGOs and political parties have also extended support to Dr. Naik, and have lambasted the media trial against him.

The All India Majlis-e-Ittehadul Muslimeen (AIMIM)’s Aurangabad MLA, Imtiaz Jaleel, said that “By hounding Zakir Naik, the media, particularly some national television channels, have already pronounced their judgement even when a formal case is yet to be registered against him. On mere hearsay, the media cannot pronounce anybody as a supporter of terrorism.”

“This media trial of Naik should end. If any individual, whosoever it may be, breaks the rule of the land, the law should take its own course. If there is concrete proof of violation of any law by anyone, strict action shall be initiated,” he said.

Organisations including Jamaat-e-Islami Hind, Markazi Jamiat-e-Ahle Hadees Hind, All India Milli Council, Social Democratic Party of India (SDPI), Welfare Party of India (WPI), Indian Union Muslim League (IUML) and many other top Muslim scholars have extended support to Dr. Naik and described the media campaign against him “as an attempt to bully Indian Muslims as a whole.”

Going by the reaction of sections of Muslim organisations, it is clear that there is anger simmering among Muslims in the country, against media houses for not only targeting Dr. Zakir Naik, but also, for what they believe is an attack against the community and religion as a whole.

Senior Urdu journalist, Aalam Naqvi, concluded that the “the incentive behind all of it is only Hate-Islam campaign. Therefore in the face of blatantly anti-Islam forces, we stand with Doctor Zakir Naik. We cannot stand along with the enemies of the religion of Truth against a preacher of faith no matter which Denomination he may be belonging to!”

This view coming from a Shia intellectual indicates the collective resentment the community currently has towards the whole campaign against Dr. Naik, cutting sectarian divisions.