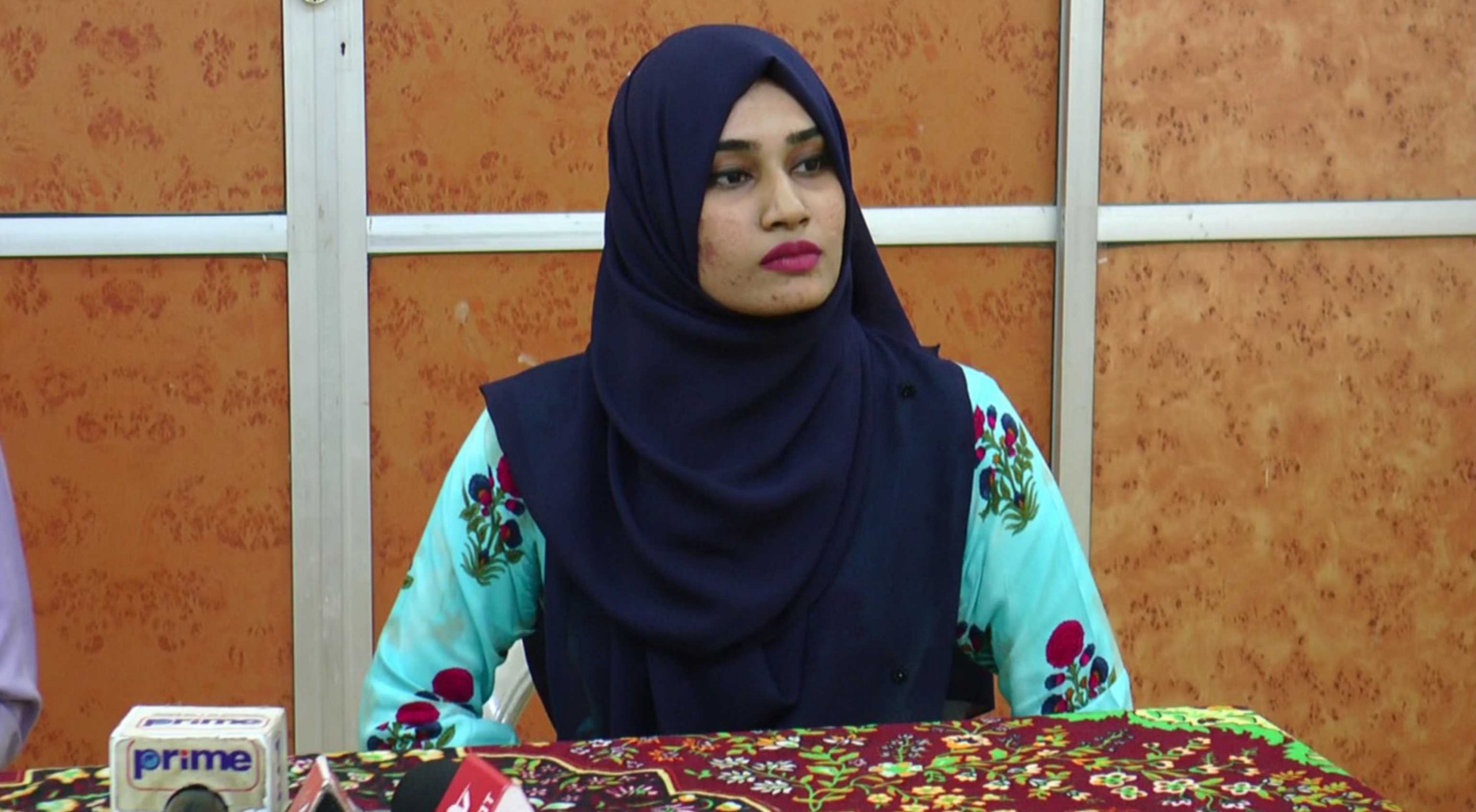 Two Muslim women on Thursday accused officials conducting the National Eligibility Test (NET) in Panaji and in Delhi of not allowing them to appear for the examination after they refused to take off their hijab.

Safina Khan Soudagar (24) alleged that when she arrived at the examination centre in Panaji, Goa on Tuesday, December 18, the supervisor there asked her to remove her hijab. However, when she refused to do so, the official did not allow her to sit for the test. In a similar incident in Delhi, 23-year-old, Umaiyah Khan accused officials conducting NET of not allowing her to appear for her exam after she refused to take offer her hijab.

Umaiyah took to Twitter to share her ordeal and accused the government of violating her constitutional rights to freely practise her religion.

It clearly says in Constitution that we are free to follow any religion yet this chauvinistic government servants didn’t let me appear in my NETJRF 20dec2018 exam because I was convincing them to let me cover my head and it’s in my religion.#Shame_india @NCWIndia@sioindia

NET is a test to determine eligibility for college and university level lectureship and for the award of junior research fellowship. Soudagar said that she checked the website concerned before applying for the exam. “Nowhere does it say anything about hijab or dress code.” NET officials, however, said that hijab and other accessories are not allowed to prevent cheating during the exams.

“Removing hijab in public is against my Islamic belief. It was a question whether I wanted to take the exam or not. So I chose to keep my faith above the (academic) loss,” Soudagar said.

Later on Facebook, she posted: “In a democratic country, a secular society, in a forward state like Goa, I was not allowed to answer an exam that I had all rights to, simply because I valued my modesty, my religious beliefs and identity more than their system.”

Responding to the complaints, the Delhi Minorities Commission in a statement said that, while security precautions are required, but the same should not be used to harm the interests of minority individuals, especially students.

The Commission has ordered all government departments and educational institutions to allow Muslim women appearing for exams with hijabs after they have been frisked for security by the staff of the same sex. They said that Muslim women cannot be denied their religious duty to observe the hijab, and warned that failure to comply with their order will attract legal action by the Commission.