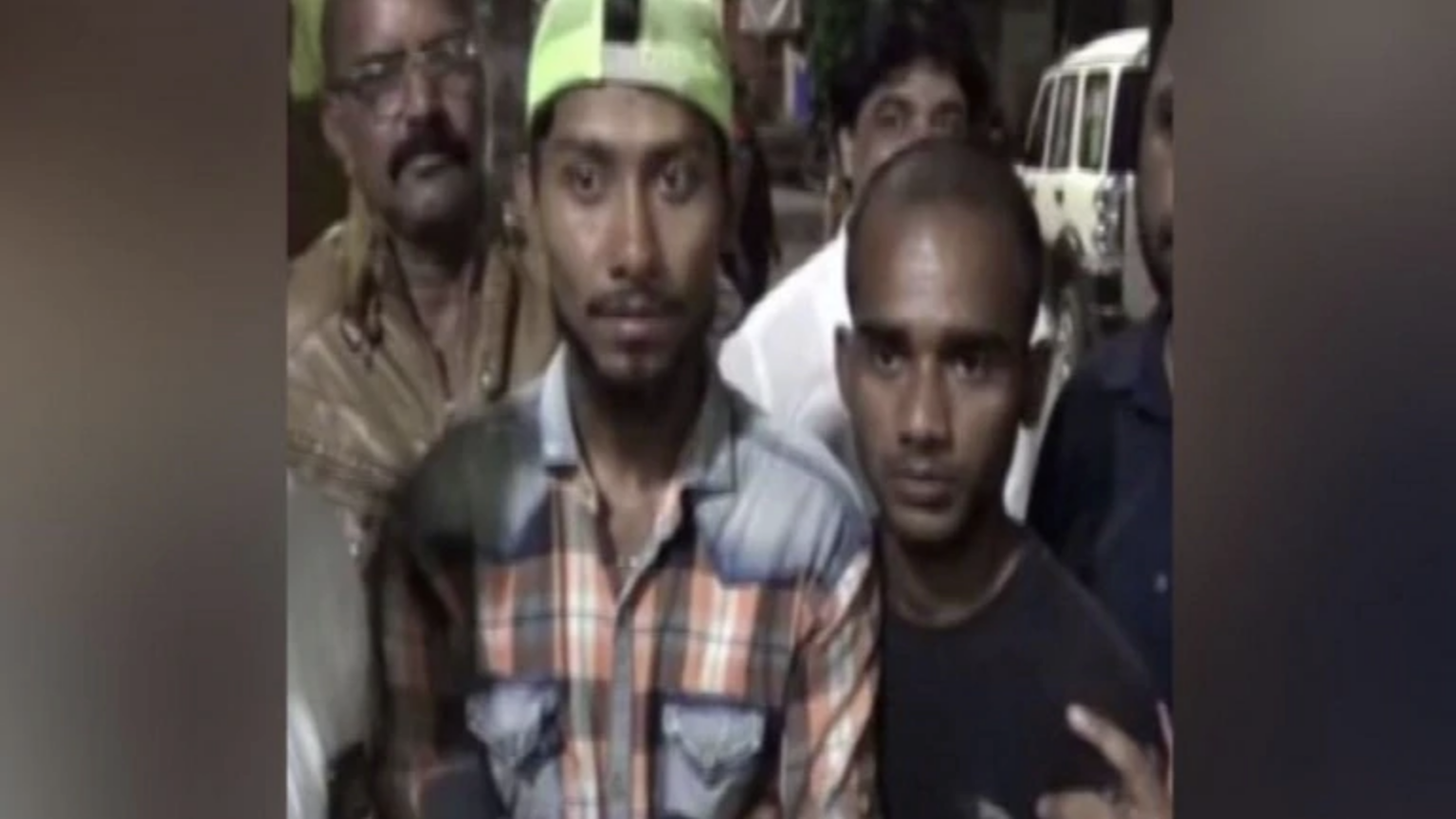 Victims talking to media in Aurangabad on Sunday (Photo: ANI)

Shaikh Amer, who works for the food delivery app Zomato, and his friend Shaikh Nasir were waiting to hire an auto-rickshaw in the city’s Azad Chowk area on Sunday night when four to five men in a car allegedly intercepted the duo, abused their religious identity and threatened to kill them if they did not chant “Jai Shri Ram”, he said.

The two men, out of fear, then chanted “Jai Shri Ram”, he said. Later, on seeing some passers-by, those in the car fled, he said.

“A complaint has been received of two youths intercepted and forced to chant ‘Jai Shri Ram’ by four to five men in a car,” said Police Commissioner Chiranjeevi Prasad. “We are trying to identify the vehicle and the accused. Strict action would be taken against them.”

Police personnel have been deployed in the area to maintain law and order problems. “The case is being investigated and I would appeal people to maintain peace and not fall for rumours,” Prasad told ANI.

This is the second such incident in the city in the last few days. Last Friday, a hotel employee, Imran Ismail Patel, was thrashed by a group of unidentified persons and forced to chant “Jai Shri Ram” near Hudco Corner in Begumpura area of the city.