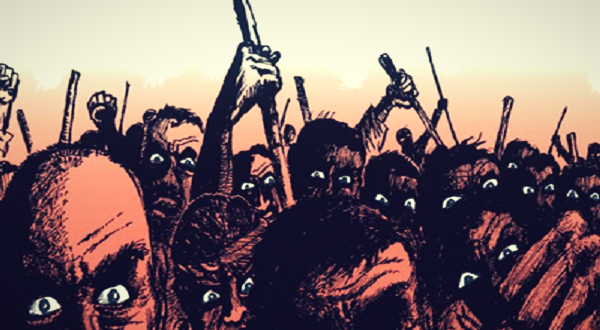 A group of Muslim men in Barpeta district of Assam were beaten up by a little-known extremist organisation and was forced to chant slogans like “Jai Shri Ram”, “Bharat Mata ki Jai” and “Pakistan Murdabad” on June 18.

The incident came to light after a video of the purported attack and the forcible chanting of slogans went viral on social media.

The victims stated that a group of men claiming to be members of the extremist group stopped them from an autorickshaw in Barpeta town and started beating them unprovoked and then forced them to chant slogans.

In the meanwhile, Congress MP from Barpeta, Abdul Khaleque, said he has asked the superintendent of police to take action against the incident.

In this article:Assam, Barpeta, Featured, Hindutva