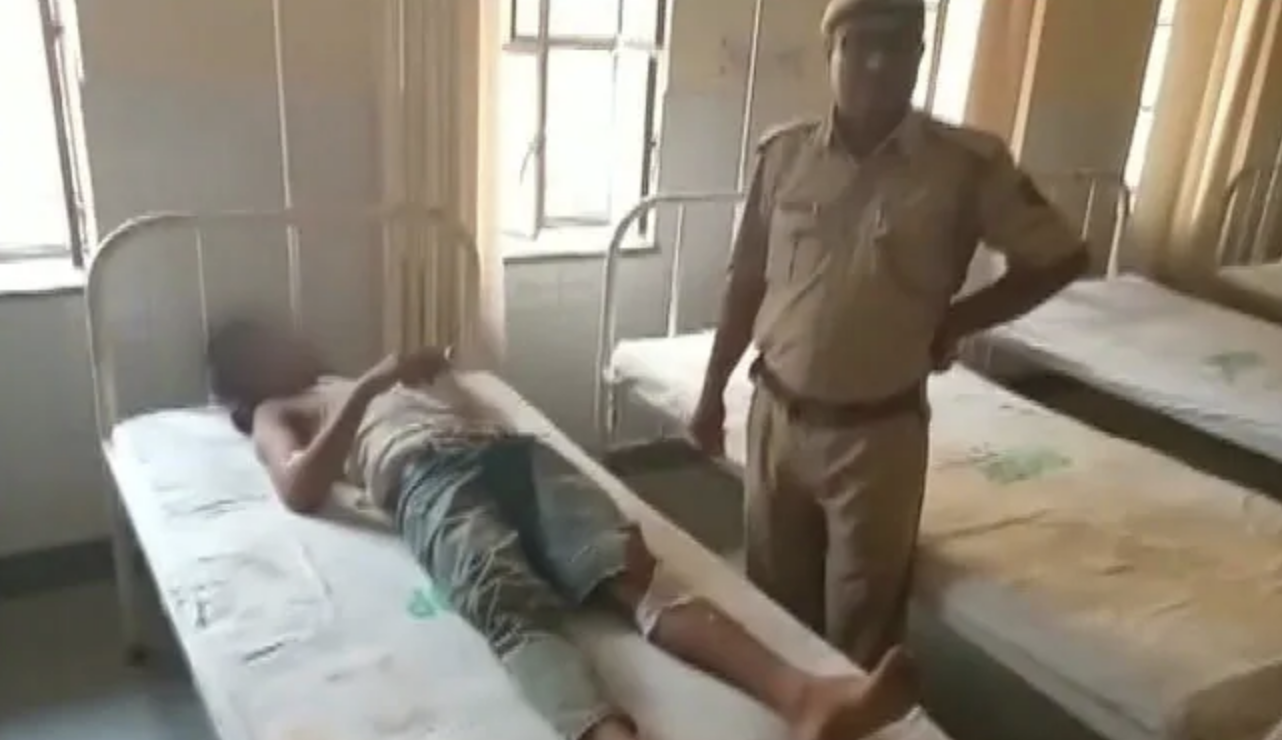 Two years after dairy farmer Pehlu Khan was lynched to death by a terrorist mob in Alwar district of Rajasthan, another Muslim man Munfed Khan was brutally beaten by a mob in the Shahjahanpur area of the same district on Monday.

Munfed was travelling with 7 cows in a vehicle when he was caught by a mob at Phusa-Ki-Dhani area of Shahjahanpur area. Police claimed there were allegations that he was smuggling the animals in two vehicles, and was caught by some villagers at Phusa-Ki-Dhani after the vehicles tried to get past some barricades that Shahjahanpur Police had set up.

Munfed was rescued from the crowd by the police, who then admitted him with multiple fractures at the government hospital in Shahjahanpur. His condition is reportedly critical.

The People’s Union for Civil Liberties (PUCL) said that this was a case of “attempted mob lynching”, in which the victim picked up by the cow vigilantes was criminalised and beaten up. “This episode was meant to create a public spectacle and instil fear among the Muslim dairy farmers,” PUCL-Rajasthan president Kavita Srivastava said.

The attack against Munfed is the second case of such terrorist violence since the Congress government under Chief Minister Ashok Gehlot took over after assembly elections in December. The first such attack was on December 22, 2018—less than a week after Gehlot’s government was sworn in—in Alwar’s Kishangarh Baas.

Seven such attacks were recorded under the previous BJP government under Vasundhara Raje, Srivastava said.

Alwar, in particular, has become notorious for terrorist attacks. In at least two cases, victims of such attacks eventually died.

Pehlu Khan, a dairy farmer who was reportedly transporting cattle from a fair in Rajasthan to his native Mewat in Haryana, was attacked by a group of cow terrorists in April of 2017. The second case of death occurred a year later, in July of 2018, when Rakbar Khan, also a Muslim dairy farmer from Mewat’s Nuh, was killed in a similar fashion.