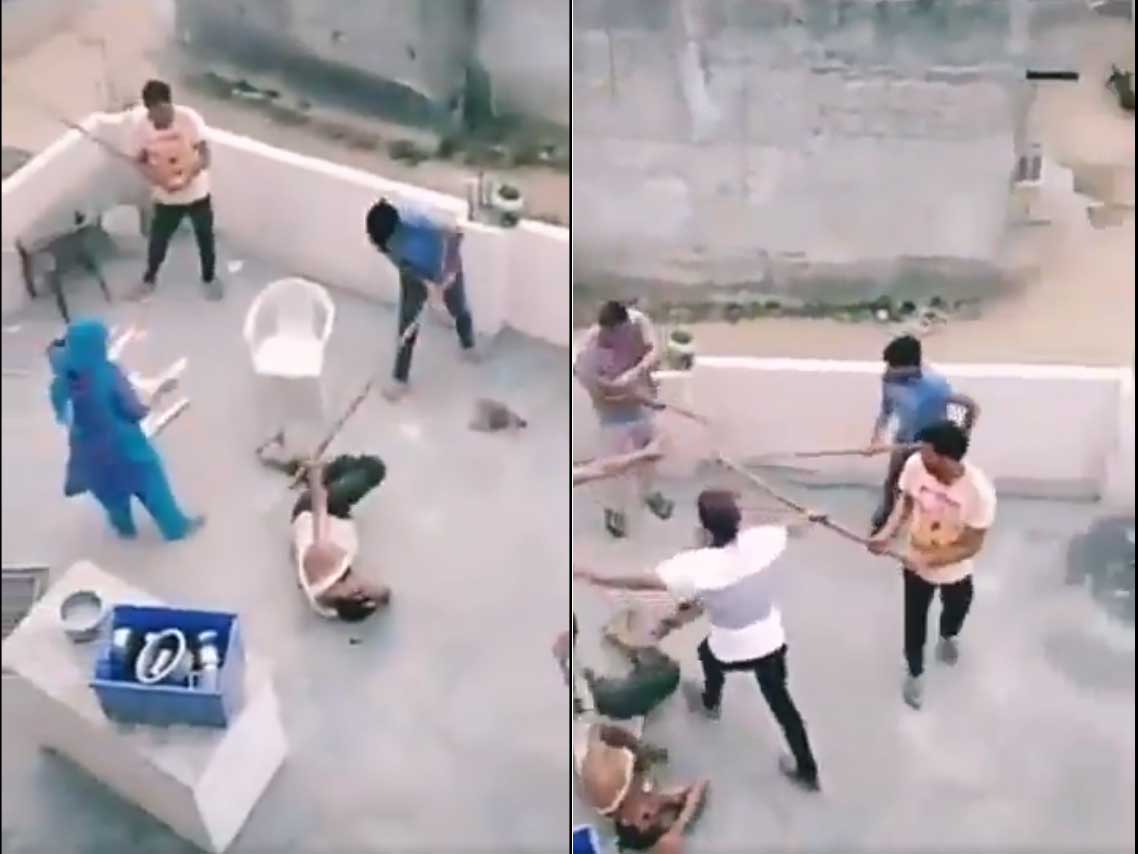 The Muslim family attacked by a gang of terrorists in Gurgaon’s Dhamaspur village last week threatened to kill themselves on Monday, alleging that both district police and civil administration are favouring the attackers under political pressure.

A gang of 20-25 men attacked the house of Mohammad Sajid in Bhup Singh Nagar and mercilessly beat up members of his family. The attack was captured on a cellphone by one of the victims and the video went viral on internet. The clip showed women screaming for help in fear as the terrorists with rods and sticks barged into their home and beat up family members.

“The matter is in public domain. Everyone know how goons attacked us in a planned manner. But district police is still not helping us and allowing the attackers and their family members to threaten us to withdraw the FIR,” said Mohammad Akhtar, one of the victims.

“They (attackers) keep coming to our house and abuse our women and girls. If district administration and police do not help us get justice, we will commit mass suicide,” Akhtar said.

The family has reportedly submitted a memorandum to the Sohna Sub-Divisional Magistrate (SDM) for a speedy trial as the case is quite clear. They have also mentioned the suicide threat in the memorandum in case justice is not delivered.

“Local police have registered an FIR against two youths of our family to put pressure on us,” Akhtar said.

Police have booked a case against Dilshad, who was attacked along with his other family members.

The case was filed by Rajkumar, an accused in the case.

The family is so scared and shaken by the incident that they have decided to leave Gurgaon and move to Delhi due to immense pressure, fear and threats.

Police, however, said it was not favouring anyone.

“We have so far arrested 13 persons and a hunt is on to arrest the others. There is no point of favouring anyone. Both groups were involved in an altercation,” Himanshu Garg, deputy commissioner of police (DCP), said.

(With inputs from agencies)

Meat Shops In Gurgaon Ordered To Close On Tuesdays, Because Of ‘Hindu Sentiments’

The Municipal Corporation of Gurgaon (MCG) has ordered meat shops to close down in the city every Tuesday, after some councillors put forth suggestions...