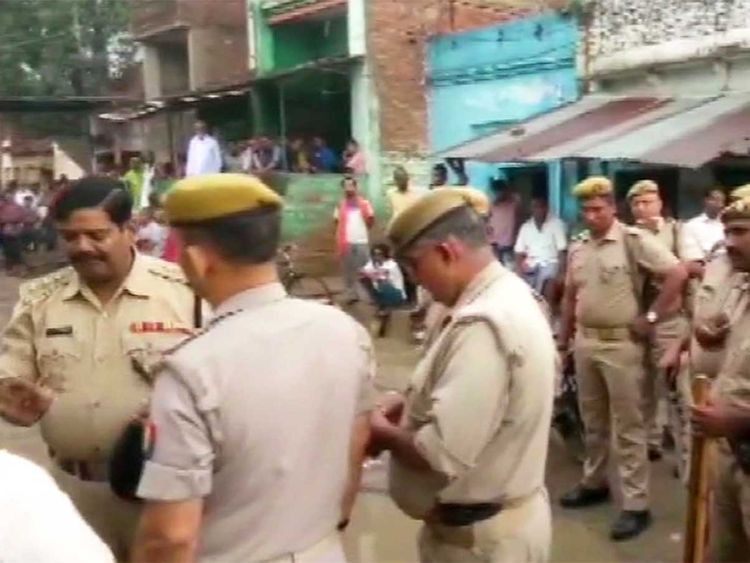 A 17-year-old Muslim boy was allegedly set on fire by four people in Chandauli district of Uttar Pradesh when he refused to chant ‘Jai Shri Ram’.

The boy has been admitted in Kashi’s Kabir Chaura hospital. He is critical and has received 60 per cent burns.

“I was walking on Dudhari bridge when four men kidnapped me. Two of them tied my hand and the third one started pouring kerosene. After which they set me on fire and ran away,” he said.

However, the police are treating the whole case as suspicious.

Chandauli: Family of a 17-yr-old boy, Khalid, alleged he was set ablaze by some people when he refused to chant 'Jai Sri Ram'.SP Chandauli says that boy has given different statements which were found to be false in investigation, eye witness saw him setting himself ablaze.(28.7) pic.twitter.com/KpfaepUGBj

Chandauli SP Santosh Kumar Singh said the boy was admitted in a hospital with 45% burns. “He had given different statements to different people, so it seemed suspicious. It seemed he had been tutored. Police monitored CCTV footage of places he had mentioned & found that he had not been at any of those places.”