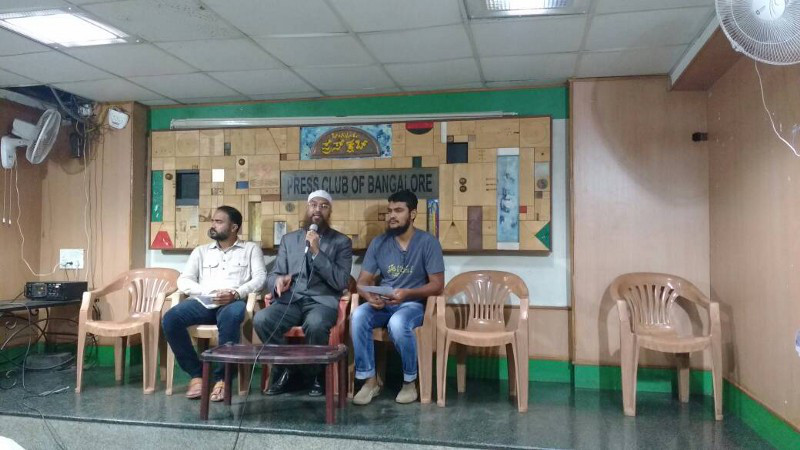 Bengaluru: Mission Possible for Justice & Rights (MPJR), the Bengaluru-based rights organisation, on Monday, condemned the lynching of a Muslim man in Rajasthan after he raised objections to a group of government officials photographing his wife, daughters and other women defecating in the open.

The group called the killing of social activist Zafar Hussain, as a possibly communally motivated murder, and asked for a thorough investigation into the incident.

“It could possibly be a coincidence that Zafar Hussain was a Muslim, and there was no communal motivation behind his killing. But it’s equally possible that he was targeted only because he was a Muslim, given the surcharged anti-Muslim atmosphere in the country, ever since the BJP government came to power,” the group’s president Umar Shariff said.

MPJR slammed the BJP-led Centre for murders and anti-social activities against Muslims, Dalits and other marginalised communities, and said that incidents such as these have shattered the secular fabric of the country.

55-year-old Zafar Hussain was allegedly beaten to death by karamcharis of the Pratapgarh nagarpalika on 16 June, for resisting photography and videography of women defecating in open.

According to his family members and other eyewitness accounts, Zafar was kicked, punched and beaten to death by municipal council employees at the instigation of Nagar Parishad commissioner Ashok Jain, who ordered to take photographs and videos of women from the Bagwasa Kachi village when they were going to defecate in the open, as part of the Centre’s Swacch Bharat Abhiyan campaign.

MPJR condemned the centre’s approach to Swacch Bharat Abhiyan, which it alleged demeans the dignity and honour of women. It demanded that Jain and other officials should be arrested and given maximum punishment.

“We demand that each and every official’s background and their possible connection to Hindutva organisations is investigated, to ascertain, if there was an anti-Muslim sentiment or conspiracy involved in this killing. We also demand that the family of Zafar Hussain be given around the clock police protection, as they have alleged that they were threatened by the said government officials,” the group said.