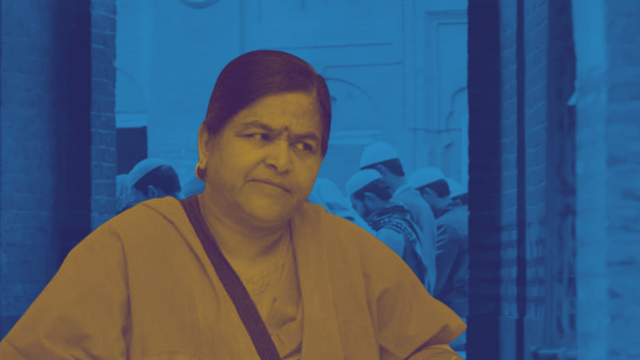 Madhya Pradesh’s Minister for Tourism and Culture Usha Thakur is facing condemnation over her offensive allegations against madrasas. Referring to which, she unabashedly claimed that religious institutions are the breeding ground of terrorism and fundamentalism.

When asked about the mid-day meals in madrasas, on Tuesday, Thakur, proposed that government support to madrasas should come to an end in the country.

“All fundamentalism and terrorists have been bred in madrasas. Entire Jammu and Kashmir was turned into a factory of terrorism,” she claimed when asked why she is demanding an end to the state support to the madrasas.

She was condemned by Jamiat-Ulama-i-Hind and the Congress for her controversial remarks.

Jamiat MP Unit president Haji Mohammed Haroon asked Thakur to visit the madrasas to see what was being taught there. He said that those who were making objectionable statements about madrasas must be condemned. “A madrasa is not breeding ground of terrorism but it is a temple of education.”

“The madrassa pass-outs have been making a name for themselves by making big contributions to the country—right from freedom struggle to the present time. Those who are defaming the madrasas should have no knowledge about these education centres. They should visit madrasas and see what is taught there,” said Haroon, demanding a complete stop to communal statements.

“You (Usha Thakur) have your government. If you have some proof, act against them (madrasas) but do not poison and divide society in the name of religion, or just try to give a communal colour to everything,” the former minister was quoted by NDTV as saying.

Verma also referred to the previous controversial comments made by Thakur when she had called a tribal outfit “anti-national” for forming an alliance with the Congress. She had later withdrawn this statement. A few years ago, Thakur, who represented the Mhow seat, had demanded a ban on Muslims from entering Garba venues during Navratri. Last year, she had called Mahatma Gandhi’s assassin Nathuram Godse a “Nationalist”.

Madrasas have been at the centre of target by BJP and Hindutva leaders since long. Recently, the BJP government in Assam decided to shut down all state-funded madrasas and convert them into schools.

The Madhya Pradesh High Court Thursday rejected the bail application of comedian Munawar Faruqui for the third time, who was arrested on January 1 for jokes,...