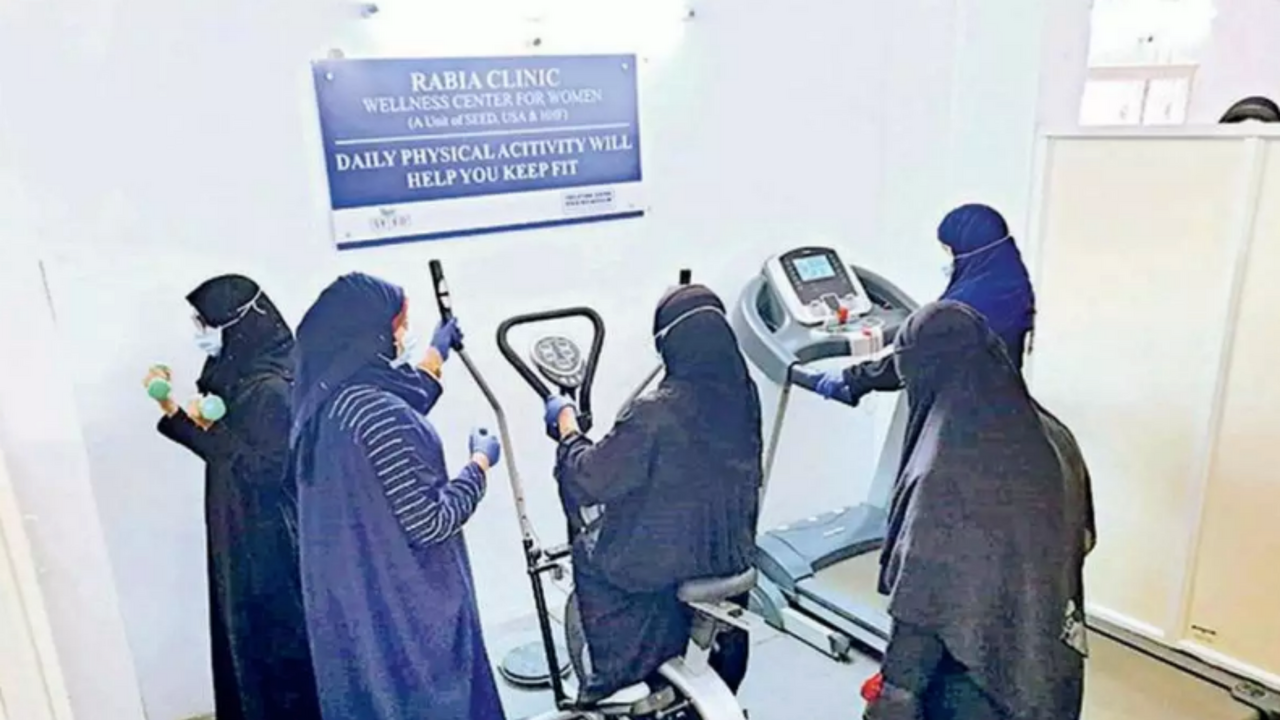 Masjid-e-Mustafa – a mosque in Hyderabad, has set up a wellness centre including a gymnasium for women residing in nearby slums. This is first the time that a mosque has opened such a facility in the state of Telangana, Times of India reported.

The initiative has been taken to reduce non-communicable diseases (NCDs) among women living in the slums. The gym runs in two sessions daily. It also has health counsellors and a physician.

The gym at Masjid-e-Mustafa located in Wadi-e-Mahmood in Rajendranagar is funded by SEED, a US-based NGO. Helping Hand Foundation (HHF), a city-based NGO, is coordinating with the mosque committee in running the wellness centre.

The wellness centre was set up in the wake of a survey conducted in the slums of Old City which revealed that 52 per cent women are at risk of cardiometabolic syndrome. It added that women with polycystic ovarian disease (PCOD) constitute about 30% of the participants.

“The key components of the NCD programme at the mosque clinic-cum-gym are risk assessment, counselling on diet and exercise and screening for renal, liver and eye issues. Trained and professional counsellors are part of the clinic,” said HHF managing trustee Mujtaba Hasan Askari.

Mujtaba said 52% of women had high hip-waist ratio more than 0.8, which predisposes the women to the risk of cardiometabolic syndrome, which is now classified as a cluster of dysfunctions like insulin resistance, tolerance and de-arranged lipids that lead to the risk of diabetes, hypertension and cardiovascular diseases.

In this article:Featured, Gym, Hyderabad, Masjid-E-Mustafa

Amid continuous downpour for the last three days and subsequent evacuation of residents of Tolichowki and Seven Tombs areas of Hyderabad, Masjid-e-Tawheed has been...

80 members of the Tablighi Jamaat in Hyderabad, who had attended the congregation in Markaz Nizamuddin in Delhi have tested negative and returned home,...

India To Host Its First-Ever International Halal Expo In 2020, To Provide Platform For World’s Halal Industries