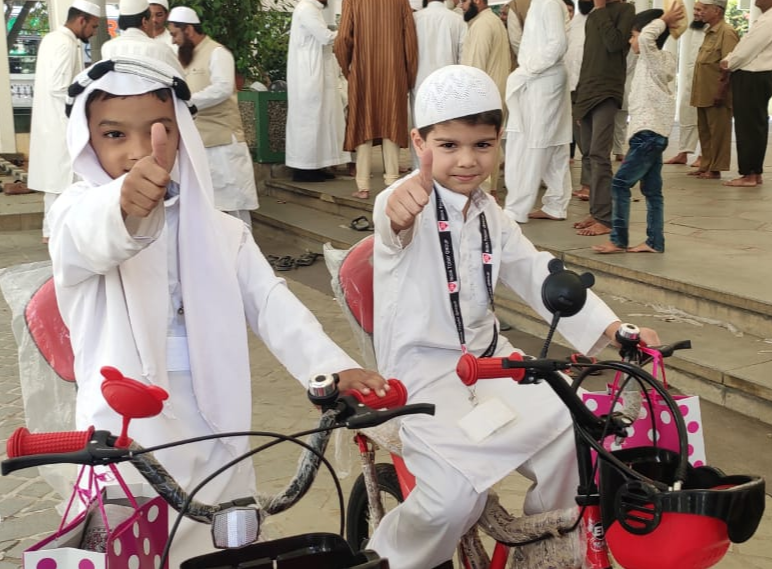 The Hajee Sir Ismail Sait Masjid in Bangalore’s Frazer Town gifted bicycles for children attending Fajr prayers in the congregation for 40 days consecutively, aiming to encourage them to keep up with their dawn prayers. 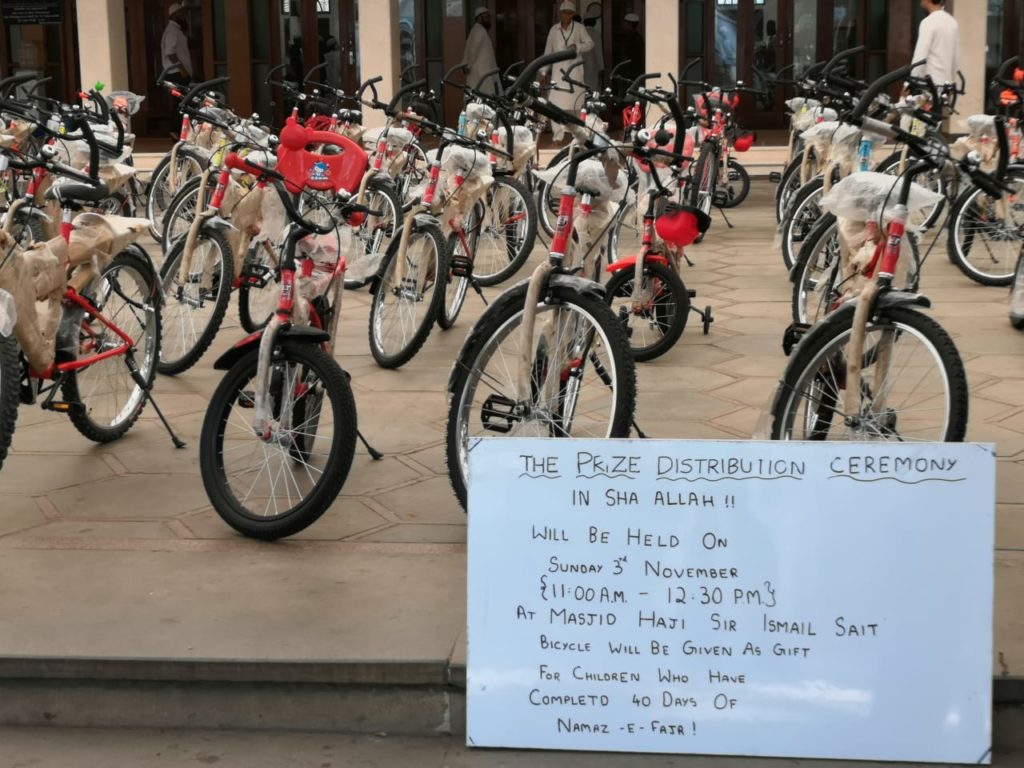 The masjid committee, which sponsored the whole initiative gifted 99 bicycles to children who completed the 40 days period, and the rest of the children were gifted with wrist watches.

The committee said that the idea was well-received by the community and similar initiatives have been started by local masjids in the city.

The masjid has so far received 200 more names of children, who intend to attend Fajr prayers in the congregation, and the committee has announced it will reward those who complete the cycle with sporting equipment.

A similar idea was previously implemented in Turkey, Egypt and other countries where children were rewarded with gifts such as bicycles for praying fajr in congregation 40 days in a row. 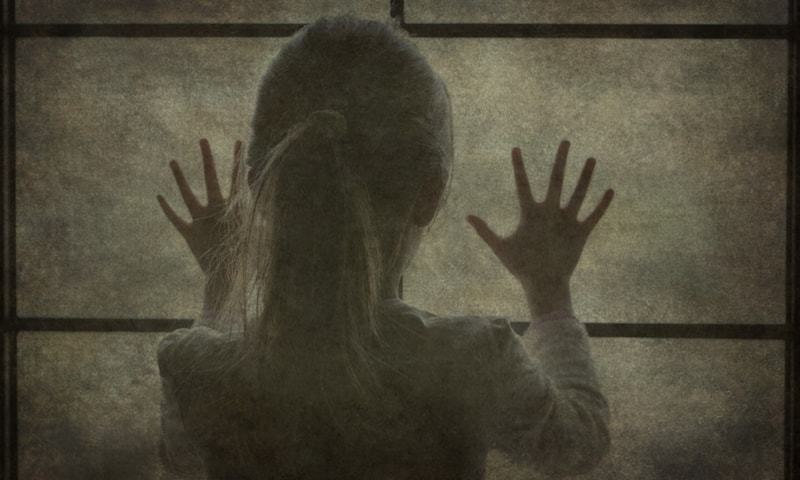