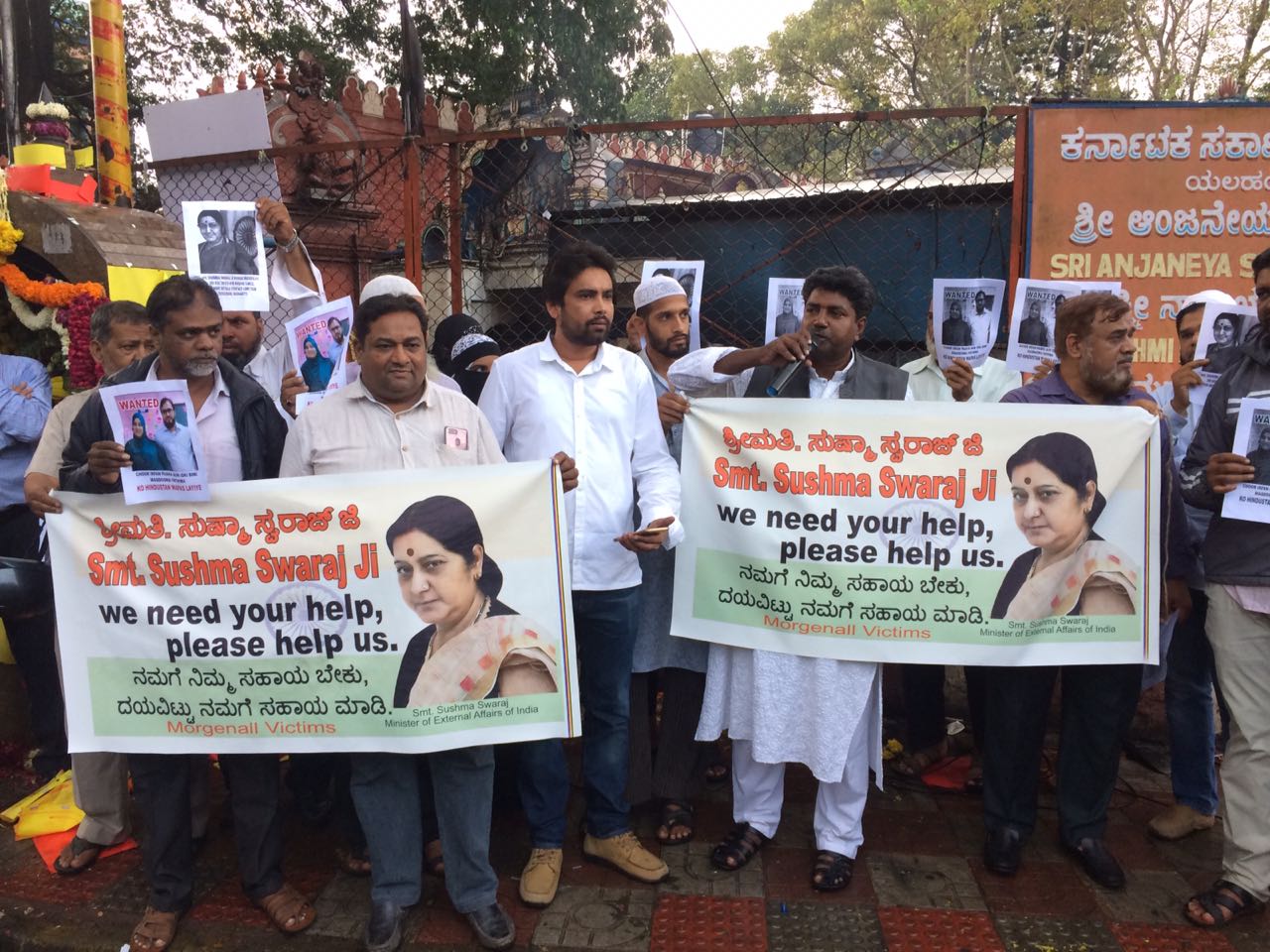 Bengaluru: The Morgenall Victims Committee has appealed to all the investors of the disgraced company to participate in ‘Delhi Chalo’ programme next week, to meet External Affairs Minister Sushma Swaraj. They are seeking Swaraj’s help in finding the firm’s fugitive CEO Irfan Pasha and his wife Fathima Maqdooma, who they believe are currently holed up in Qatar.

“It’s been over a month since the promoters of the company are absconding with our hard earned money. The police have not been able to trace them, so our only hope in getting justice to meet Sushma Swaraj and get her to intervene in the case,” said Syed Saif, an investor who, along with social activist Dr. Sameer Pasha is organising the campaign.

Victims of the company say they have approached both the police and politicians, but so far, there has been no progress in the case.

“We are very desperate and running out of patience. We have been able to get an appointment with minister Swaraj, and we will be meeting her next week in Delhi,” said Saif.