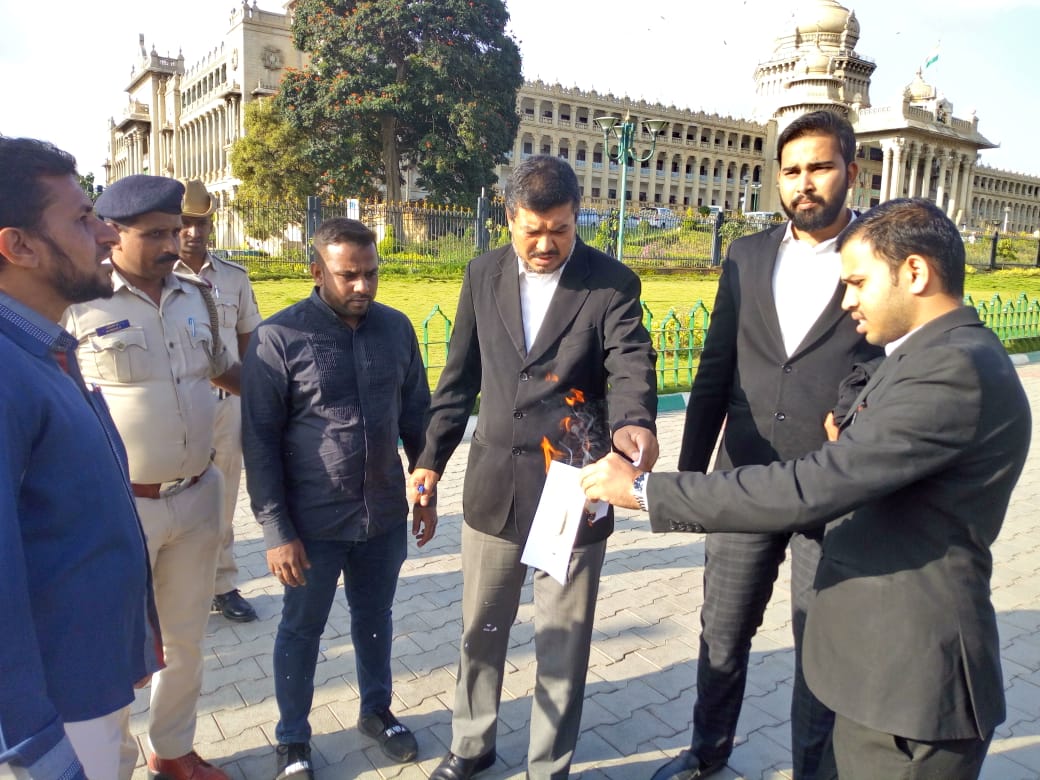 A group of prominent lawyers in Bengaluru protested against the Citizenship (Amendment) Bill (CAB) on Friday. They took out a march in front of Vidhana Soudha and burnt a copy of the Bill.

The protest was called by Advocate Mohammed Tahir along with other human rights lawyers and activists.

Adv. Tahir said, “This is the first act in independent India, whose foundation is based on religion. By excluding Muslims from getting citizenship of India, the government wants to show the world that this country is open only for non-Muslims. In other words, Muslims have no place in this country. Though this act will not pass through the Supreme Court, it was important to take this fight on the roads, and show the people the divisive intention behind this act. CAB has been brought by RSS-BJP to further the agenda of a ‘Hindu Rashtra’, which is anti-Constitutional.”

He further said that “CAB clearly indicates that the government wants to change the Constitution.”

Adv. Balan, who was part of the protest, said that CAB is a ‘fascist law’, and goes against the principles of the Constitution. “The government wants to divide the people of this country based on caste, creed and communal basis, which is unacceptable to us.