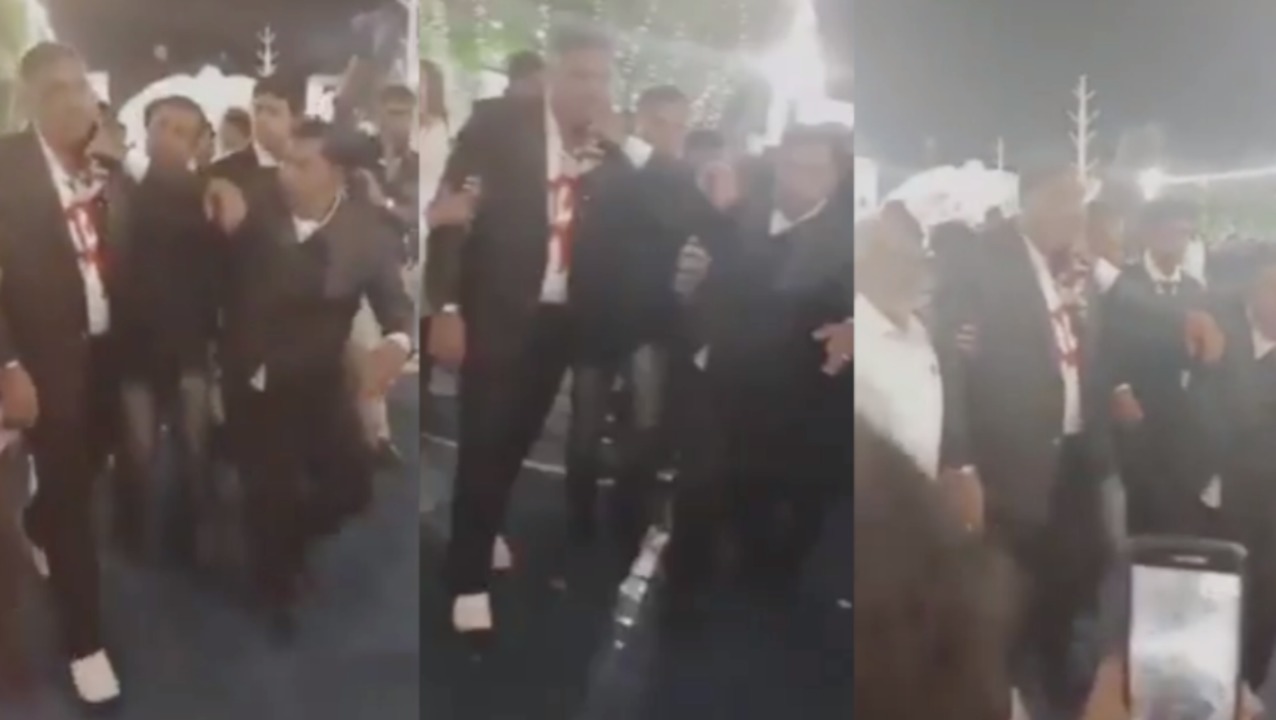 Former Karnataka Minister and Congress MLA from Mysuru district, Tanveer Sait, was stabbed with a knife on late Sunday night when he was attending a wedding ceremony in Mysuru.

Sait was rushed to a private hospital and is said to have sustained injuries to his neck.

Vartha Bharati quoted Sait’s relative, who said that he has lost a lot of blood and the cut was very deep.

“We cannot say that he is completely out of danger, but the surgery is underway and the bleeding has also been stopped,” the relative was quoted as saying.

The former minister was attending a wedding at Bal Bhavan in Bannimantap when the youth, identified as Farhan Pasha walked close to him and assaulted him with a knife and tried to escape. The incident was captured on video by the wedding photographers and shows the bleeding Sait being rushed by his supporters to the hospital where he underwent surgery.

Soon after the attack, Farhan tried to flee but was caught by Sait’s supporters and thrashed, before he was handed over to the police.

Mysuru City Police Commissioner KT Balakrishna said the assailant was a resident of Udaygiri and was working as a handicraft artisan.

Reportedly, he was upset that Tanveer Sait did not arrange a job for him even though he had approached him several times.

The Narasimharaja Police who took the accused into custody booked a case under Section 307 of the Indian Penal Code and charged him with an attempt to murder.

Tanveer Sait had served as the Primary and Secondary Education Minister during the chief ministership of Siddaramaiah and is a five-time MLA from Narasimharaja seat. His father Azeez Sait was also an MLA from the same seat since 1967.