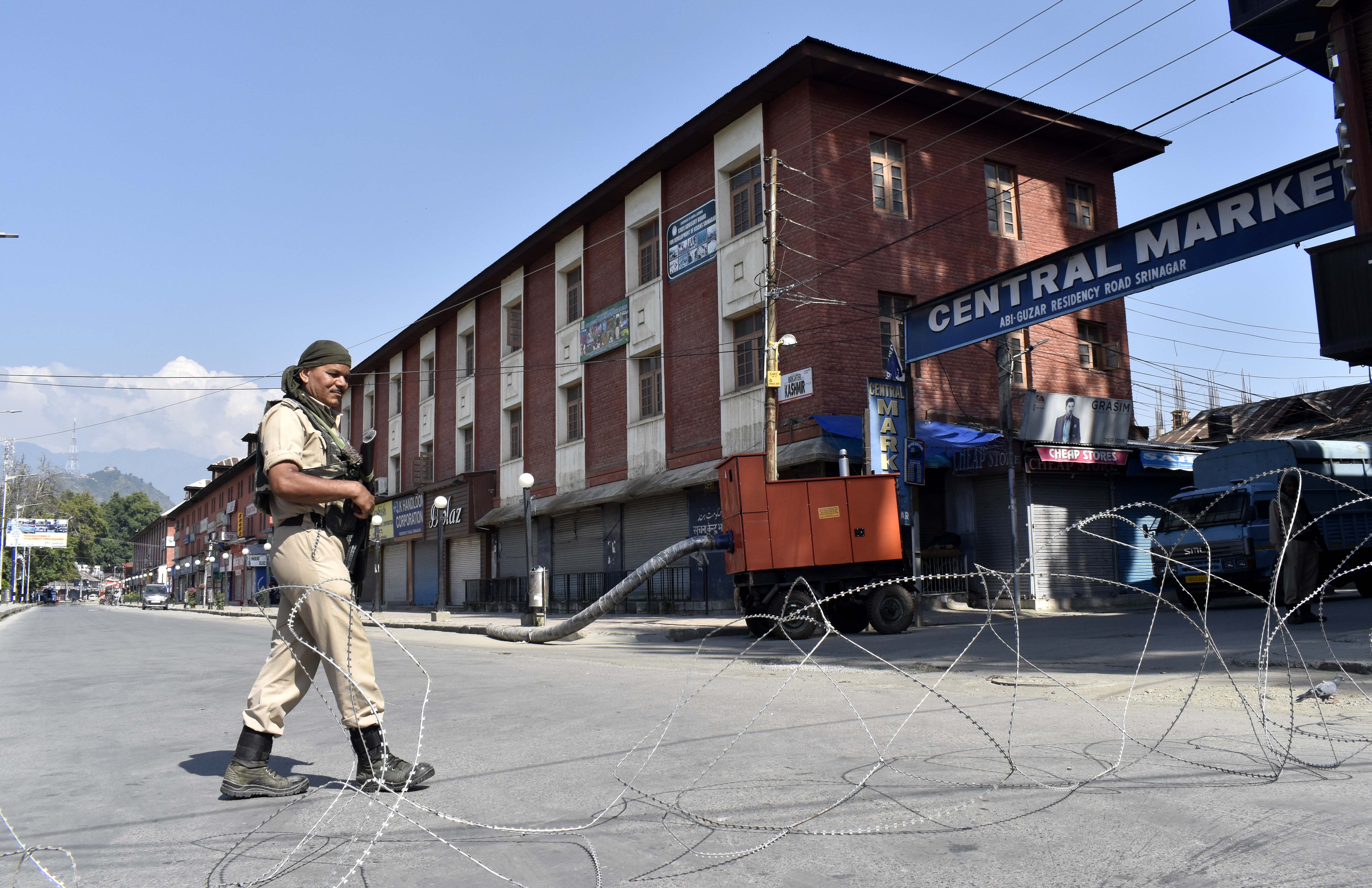 Residents in downtown Srinagar have alleged harassment at the hands of security forces with claims that police and paramilitary forces are coercing them to rent out their properties, triggering panic among residents.

According to The Print and The Economic Times, the Jammu and Kashmir police is trying to rent property in downtown Srinagar for paramilitary personnel posted in the Valley, and even set up camps in resientials areas to increase surveillance and further clampdown any possible civilian protests.

Some residents have claimed that police harassed them when they refused to let out their premises and threatened to evacuate them, although police have denied the allegations, the reports mentioned.

Tens of thousands of paramilitary personnel, including members of the CRPF and the BSF, were deployed in the Valley in the days preceding the Modi government’s move to scrap Article 370, which gave the state a level of autonomy, on 5 August.

As of now, the personnel are either staying at battalion camps or government buildings. In some places, the forces have taken over vacant or under-construction homes and buildings, according to The Print.

According to The Economic Times, the officials in the administration also confirmed that the exercise of identifying new accommodations for the armed forces is going on and departmental procedures will be followed to acquire any property. Paramilitary forces have already set up new bunkers on several major roads in and around Srinagar. J&K police officials along with the CRPF personnel have identified at least three houses in Bagh Jogi Lanker area of Rainawari in Downtown Srinagar and asked the owners to either rent out their entire home or top two stories to accommodate paramilitary forces.

The new exercise has sent alarm among the residents in Bagh Jogi Lanker area, where women came out to protest on Saturday morning against what they said could be the ‘forcible acquisition’ of their properties. However, the local police and paramilitary forces used tear gas canisters, PAVA shells and pellets to thwart the protest, according to The Economic Times.

According to residents of Rainawari area in downtown Srinagar, the tensions triggered by the scrapping of Article 370 have been amplified by the recent police visits, according to The Print report.

Residents said local police met with families in the locality and “asked them to rent out their homes” to accommodate personnel of the Central Reserve Police Force (CRPF).

When the residents refused to do so, police allegedly demanded that they vacate their homes immediately. Police, the residents claimed, had visited the homes of locals at least four times this week.

“On their first visit, police told us that the government wanted to rent our homes so that CRPF troopers can stay here,” The Print report quoted a woman as saying. “They suggested that we stay on the first floor of our home and the rest be taken over by the CRPF. When we refused, police started to abuse us,” the woman added, according to the report. The woman blamed the local SHO Rashid Khan for visiting their house and making “repeated threats”.

Another woman said the attempt to “take away our homes” had worsened the complicated situation brought on by “regular night raids wherein police try to grab our boys”. “Last week has been particularly aggressive,” she added, according to the report.

Police denied the allegations of harassment but acknowledged that some officers did meet residents to rent a property. “No one is being forced to rent out their homes. We will follow all departmental norms to acquire the properties on rent basis,” said Srinagar senior superintendent of police (SSP) Haseeb Mughal.

“Police are meeting locals only for this purpose, but no one will be forced to rent out their property. In any case, a lot of people are earning lakhs of rupees by renting out their homes to security forces. It is only those people who don’t want security forces in their locality that create this noise,” Mughal added. “The security forces are posted in an area for the protection of life and property.”

Jammu & Kashmir has been under a communication lockdown since the scrapping of Article 370, which has restricted the state’s contact with the outside world.