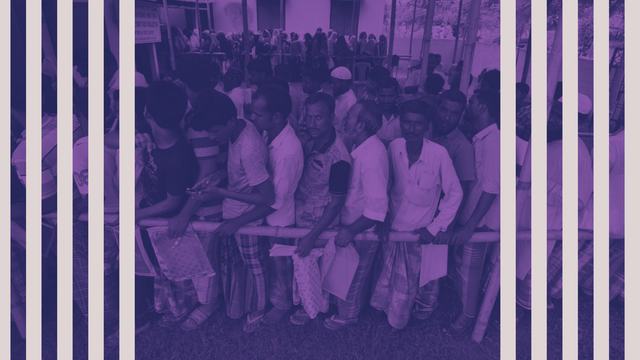 The Jamiat Ulema-e-Hind has challenged in the Supreme Court an order of the Assam State Coordinator for the National Register of Citizenship (NRC). They have also pointed out that he has been in the headlines for provocative remarks against a particular community and demanded how a person with “questionable integrity” can issue such an order.

As per the order, Hitesh Dev Sarma has directed district commissioners (DCs) of Assam to delete 10,000 names of “ineligible persons” from the final list of NRC. The Jamiat is of the view that the order, issued on October 13, is arbitrary and contrary to the apex court’s directives.

In the order, Sarma explained that “some names of ineligible persons” — persons declared as a foreigner by Foreigners Tribunals (DF), persons marked as Doubtful Voters (DV) by the election officials or persons whose cases are pending at Foreigners Tribunals (PFTs) and their descendants — “found entry to the NRC”.

With regard to D-voters, the Jamiat has already filed an appeal with the Supreme Court praying that voters of such category should be kept on hold. But the NRC Coordinator for Assam has taken the plea that D-voters can’t be kept on hold because they are foreigners, hence their names should be removed.

Besides approaching the apex court, the Jamiat has also taken to task Sarma, the State Coordinator, who, according to the Jamiat, has become a controversial figure because of his statements. Jamiat’s contention was that Sarma was not an impartial person. He has been in the headlines for provocative remarks against a particular community. The Supreme Court had issued notice to the Centre as well as the Assam government in this regard. The apex court is yet to receive the replies. “How can such a person of questionable integrity issue an order like this,” the Jamiat asked through a press release.