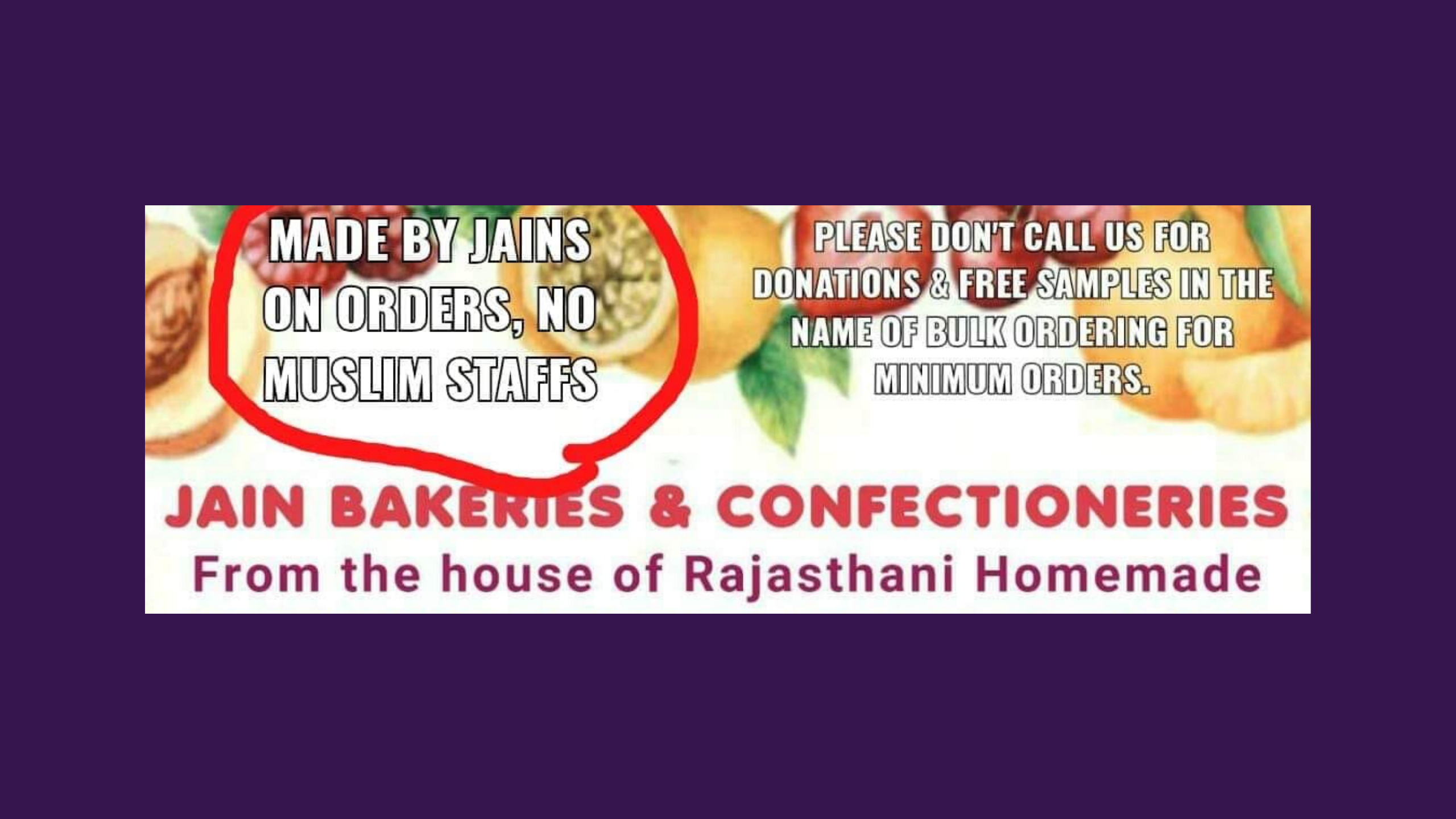 A Jain Bakery in Chennai has publicised a rabidly anti-Muslim poster, saying it doesn’t employ Muslims to prepare its food products.

In a WhatsApp poster, which has been widely shared and criticised for stigmatising Muslims, Jain Bakeries and Confectioneries says that its products are only ‘made by Jains on orders’, and “no Muslim staff” have been engaged for the purpose.

The inciteful poster, which attempts to ostracize Muslims has enraged people, who are now calling for the boycott of the bakery.

One social media user asked if establishments such as these, which say no to employing Muslims, will also refuse to accept money from customers, if they are Muslims?

The T Nagar bakery said the offensive message was posted by them, after an earlier message urged people not not buy bakery products from shops in the area as they employed Muslims. “As we were receiving calls continuously, we decided to clarify,” a representative from the bakery was quoted as saying by TOI.

The paper quoted senior advocate A Sirajudeen, who said that “avoiding a minority community in social and business spheres infringed on their right to equality and affected religious harmony. The publisher of the advertisement is liable for prosecution under Sections 153 (provocation to cause riot), 153A, 505 (inciting commission of offence against another community) and 295A (insult a class of people) IPC.