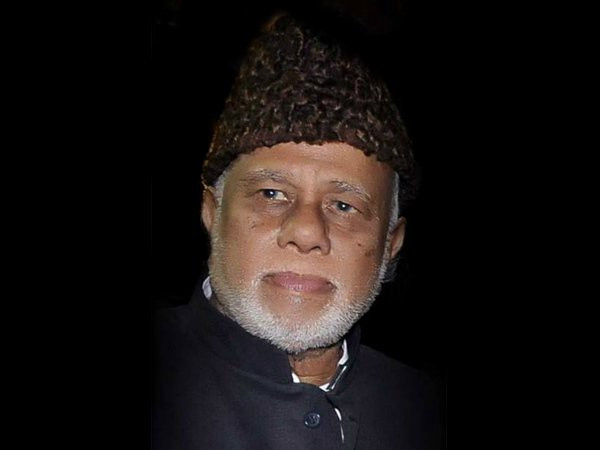 Bengaluru: The Amanath Bank Members Welfare Association, an “independent” body of shareholders, former employees and external observers, formed to “protect the interest of the members and the depositors,” of the mendacious city-based co-operative, called on former Union Minister C.K. Jaffer Sharief and his associates to withdraw the writ petition filed against the takeover of assets and liabilities of the co-operative by Canara bank.

Following the options laid out by the Reserve Bank of India (RBI), of either having the bank merged with another bank, or in the failure of the merger within the stipulated time frame — the liquidation of the bank, Canara Bank announced its decision to take over the assets and liabilities of the beleaguered bank.

However, according to the welfare association’s members, since the announcement of the merger, Mr. Sharief, who has “no stakes in the bank”, has tried to stop the merger.

“We don’t know what his motives are, but since the announcement of the merger, Mr. Sharief is trying to create hurdles in the process,” said Mubeen Munawwar, member of the association at a press conference organised here.

“There are 2 lakh 30 thousand depositors, whose money is at stake because of the irrelevant litigations from Mr. Sharief and his followers,” said Dasthagir Khan, Treasurer of the group. The members also asked, if Mr. Jaffer Sharief is willing to takeover the bank himself, if he doesn’t wants anyone else to do it.

Amanath co-operative bank was established in 1977 with a capital base of Rs. 3 lakh by Mumtaz Ahmed Khan, founder of Al-Ameen Educational Society and K. Rahman Khan, former union Minister of Minority Affairs, soon attaining the status of Karnataka’s first scheduled urban co-operative bank. It was started with 3,000 members and at the time of its functioning it had 41,000 members and 15 branches across Karnataka.

Though it had a smooth sailing for years, the bank came under intense scrutiny as allegations of misappropriations of funds came into public light. There are investigations against Amanath Bank board, for allegedly sanctioning benami loans to their relatives accounting to more than Rs. 100 crore, which were never recovered.

Speaking to The Cognate, Mohammed Wazir Baig, president of the association alleged that, Mr. Sharief, a political rival of K. Rahman Khan, has done little to improve the health of the Bank. “Now that some ray of hope is visible for the depositors, Jaffer Sharief is trying to scuttle the process of merger for his political gains”.

He further mentioned that, Mr. Sharief’s K.N.S Trust itself is a defaulter in the bank, and questioned his moral rights to impede the merger. “We have proofs to show that his trust has defaulted to close to Rs. 50 lakhs to the bank, “ said Mr. Baig.

When asked, if as an organisation they had spoken to Mr. Sharief regarding the issue, he replied saying that, “he doesn’t wants to talk to us about it”. He also denied questions regarding the association’s alleged connection to K. Rahman Khan.

As per RBI’s stance, if the merger proposal fails or is delayed, then there is no option left but for the liquidation of the bank. “If a few disgruntled persons are bent upon doing what is suicidal at this stage, they will be doing so at their own risk and will be answerable for the losses suffered by the depositors,” said the association members.

Whether Mr. Jaffer Sharief will budge to the association’s demands, or whether he’ll let his political rivalry supersede the interests of the poor depositors, the fate of more than two lakh account holders and its 419 employees now hangs in balance, eagerly waiting for RBI’s next orders albeit with little hope.