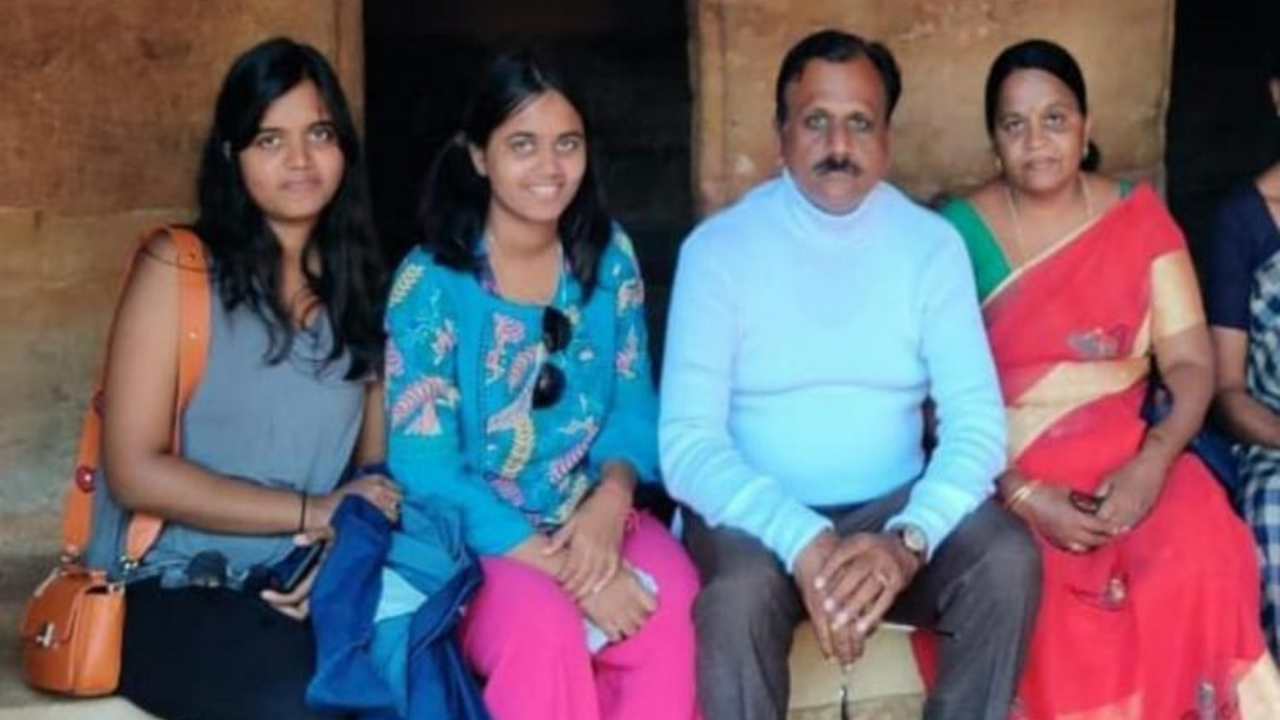 The gruesome and bizarre murder of two young women by their own parents in Madanapalle in Andhra Pradesh as part of a superstitious ritual, hoping that they would be resurrected within a day has shocked the whole country.

But social media posts made by one of the girls suggests they were in a similarly disturbed state of mind as their parents.

“Shiva is coming,” “Work is done,” “Islam is dead. Muslims are gone. Mohammed in Halahal #Shivaspeaks (sic),” these were some of the last messages shared on Instagram by Alekhya (27), the older daughter who has a degree in engineering and a diploma in forest studies.

Alekhya and her younger sister, Sai Divya (22) were bludgeoned to death in a ritualistic fashion by their parents on Sunday.

Police, who entered the home after complaints by neighbours, found one daughter lying dead in the pooja room in a red saree while another was found in another room reportedly naked. They had been struck with a dumbbell and a trishul (trident).

Parents In Trance After Murder

According to the police, Purushottam Naidu, the father was found sitting in the living room on the couch, when they barged into the house. “He looked like he was in a state of trance,” DSP Chary said News18 reported. His wife, Padmaja “was sitting on the bed, looking at the wall. She did not seem to be aware of our presence.”

“The couple were followers of Mehar Baba, Sai Baba and Rajaneesh or Osho. They regularly used to visit Shirdi. They seem to be very spiritual. At the crime scene, we found a picture of Mehar Baba and the recent posts of Alekhya on social media confirmed her spiritual inclination,” Madanapalli Inspector M Srinivas told TNM.

While Padmaja  is a Principal of a school in Chittoor, Purushottam is a PhD in chemistry and a government college lecturer.

“It seems like the whole family was involved in some extreme religious belief. The deaths are a result of this,” DSP of Madanapalli taluk, Ravi Manohar Achari told the Indian Express.

“I am Shiva. It is from my body particles that Corona came, not from China,” Padmaja can be seen shouting in one of the videos available on public domain as the police led her to prison.

According to an Indian Express report, “one of the daughters was drawn to extreme religious beliefs and would often position herself as God”.

In this article:Andhra Pradesh, Featured, Islamophobia

A Muslim family of four committed suicide in Nandyal town of Andhra Pradesh. Before taking the extreme step, the family members filmed a video...