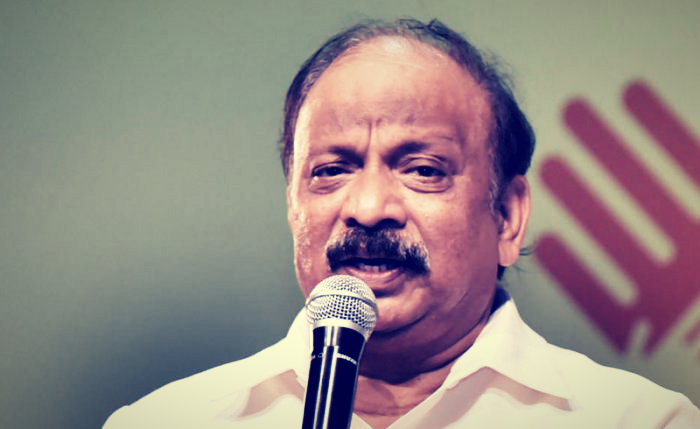 Bengaluru: A day after the Supreme Court paved the way for them to contest the December 5 Assembly bypolls in Karnataka, 16 disqualified Congress-JD(S) legislators, except former MLA R Roshan Baig, joined the BJP here on Thursday.

Baig, who the previous day announced that he will be joining the BJP officially, along with the other disqualified legislators, was left fuming after his name was dropped from BJP’s official list of people joining the party today.

“Requesting everybody to gather in large numbers in support of Mr Roshan Baig and Ruman Baig joining the Bharatiya Janata Party (BJP),” a message from Baig’s son Ruman Baig had read. 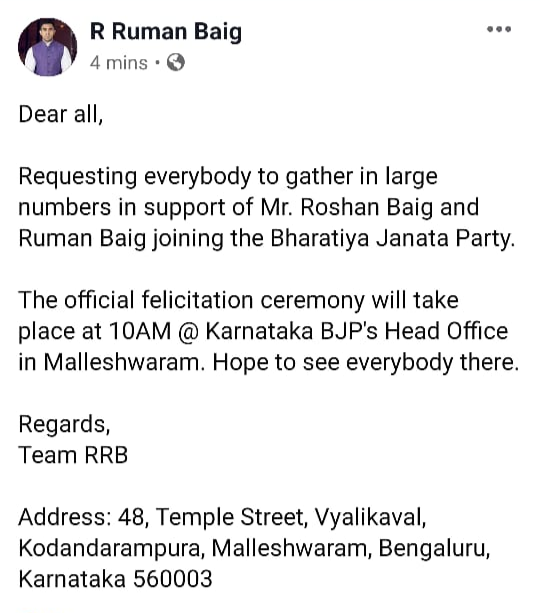 When asked for the reason for dropping Baig, Karnataka Cabinet Minister KS Eshwarappa refused to provide any reason, but categorically stated that BJP does not want him in the party at any cost.

“We don’t want Roshan Baig at any cost, I don’t want to tell any reason,” Eshwarappa told reporters.

Reportedly, Baig was not allowed to take membership in BJP due to the IMA Ponzi scam.

KS Eshwarappa is the same leader, who last year had said that Muslim leaders have to sweep BJP office’s floor if they want a ticket from the party.

The Supreme Court had on Wednesday upheld the decision of the then Karnataka speaker K R Ramesh Kumar to disqualify 17 rebel Congress-JD(S) MLAs under the anti-defection law but said that they can contest the upcoming by-elections in the state.

These 17 MLAs, including Baig, were disqualified by then-Speaker KR Ramesh for rebelling against then Karnataka CM HD Kumaraswamy and missing the trust vote. In their absence, the Congress-JD(S) government failed to prove the majority in the assembly and subsequently their disqualification brought the assembly numbers down, allowing the BS Yediyurappa-led BJP to comfortably stake a claim at power with just 105 seats and support from an independent.

(With inputs from agencies)