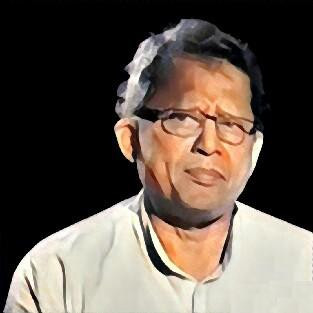 The Karnataka Wakf Board Land Scam is said to be the biggest encroachment of land in the history of India. According to the report submitted by the former Chairman of Karnataka State Minorities Commission (KSMC), the scam runs to more than Rs 2000 billion and involves many politicians in the state. In an interview to The Cognate’s Shaik Zakeer Hussain, KSMC’s former Chairman, Anwar Manippady sits down to talk in a recorded conversation, about his report and what he intends to do with it now, especially when his government has been replaced with another in the state.

What’s the status of your report, and why is it taking so long for it to be tabled in the house?

The report in question is a 7000 page of investigation into the misdeeds many bureaucrats and high level politicians. So far, the entire report has never been tabled. At the time, when my report was supposed to be tabled, a new government came to power. And the present Minister for Municipal Administration and Wakf, Qamar ul Islam lied when he said that the content in the report is false. Following him misleading the House, a privileged committee was formed to get into the crux of the matter, and the committee recommended my report to be tabled. Now, even the Supreme court cannot stop from tabling the report. They have to table it.

And when is that happening?

In the next Legislative session in November in Belgaum. They might again try to avoid it, but they can’t. Once this is tabled, the cat’s out of the bag, all these people will be behind the bars.

Is it true that according to your report, all the so-called state Muslim ministers are involved in the scam?

Your guess is my guess.

But your allegations are based on proofs, so what you call “guess” should be more than a mere speculation, correct?

What made you feel that encroachments of this large scale is taking place with the Wakf properties?

I was the chairman of the Karnataka State Minorities Commission (KSMC) in the previous government. When I was inspecting Wakf properties in Bidar district, I started receiving lot of complaints that Wakf lands have been embezzled in large-scale. So, I launched a pilot project to investigate the matter. Following my preliminary survey, I unearthed a lot of misdeeds and had to suspend many Wakf officials. These Wakf officials are blatant liers and crooks.

My investigation and actions got highlighted in the press, and people from across the state came up to me with their complaints. When I verified these complaints, I came to know that every one of these crooks are involved.

There are rumours that BJP pocketed a large sum of money to not to publicize your report, is there any truth to this?

There were offers made, and there was also a lot of pressure from every corner, but the BJP leaders did not yield to it. The party was offered 800 crores to not to pass this report in the cabinet, but we did pass it the cabinet meeting. I was myself offered 150 crore.

How did Maulana Anzar Shah Qasmi, and the Bazm-e-Qasmi got involved in this campaign?

Maulana Anzar Shah Qasmi gave a speech in his masjid about my report and lashed out at these minority politicians for encroaching Wakf lands belonging to the community. His speech was circulated through CDs and YouTube to other mosques, which got many of those involved scared. Through their strong political connections they got the Maulana booked under the false case of sedition, to ensure that no one else talks against them in public again. That’s when I came to know about the Maulana. Bazm-e-Qasmi is his committee.

What do you intend to achieve with your report, what’s your next move?

My intention is to recover all the properties belonging to the Wakf. I want the government to dissolve the Wakf Board and have a Wakf Advisory Council in its place instead. Because the very structure of the present Wakf Board is setup in a way that these officials can always find a way to embezzle money from Wakf lands.